Although, caveat, delete your Facebook. Facebook is evil garbage and it’s ruining the world. Get your mom to delete her Facebook. Even if your Facebook participation doesn’t directly contribute to the ruination of the world … yes it does. Don’t let them have your data. Don’t make the site appear less evil than it is by participating in it in a positive fashion. No Facebook. Zero Facebook.

However, that said, I’ll do anything Ginny Brown asks me to do… including Facebook. 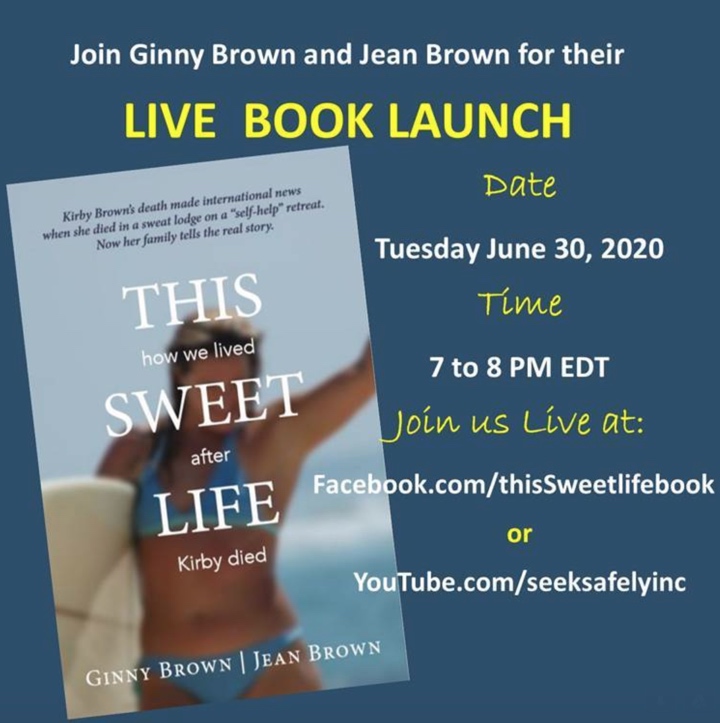 Ginny wasn’t always a fan of this site. You might not be surprised to learn that SaltyDroid circa 2010 wasn’t a place where mothers went to mourn their babies. But Ginny and I talked more and more as the years passed. When the Brown family started to work on building SEEK Safely we had several substantive chats. They went, basically, like this…

Ginny: “Something should be done about the out of control self-help movement.”

SD: “Okay, cool, but… what about burning it ALL to the fucking ground?”

Last year we met for drinks while we were both in Los Angeles to film segments for the Oxygen true crime series, Deadly Cults. Each of us wind-worn from struggle, I felt like our perspectives had converged a bit. This is hard, sad, work. I’m sure there is no one right way to fight this blight. It’s just the willingness to fight that matters, that contributes step-by-step – and the Browns have been willing. I know this book was hard to write.

Each year before her own death, on the anniversary of the 1978 Jonestown massacre, Margaret Thaler Singer would attend a memorial service for the victims of that tragedy. She’d go early, stand alone, and try to center herself on the important reasons why she continued to study the issue. This image of Dr. Singer seeking inspiration while standing alone in a graveyard is always on my mind on October 8th when I remember Kirby, and James, and Liz, and Colleen… and I keep fighting – inspired by all the wonderful, hopeful, people I’ve had the privilege to stand with so far.