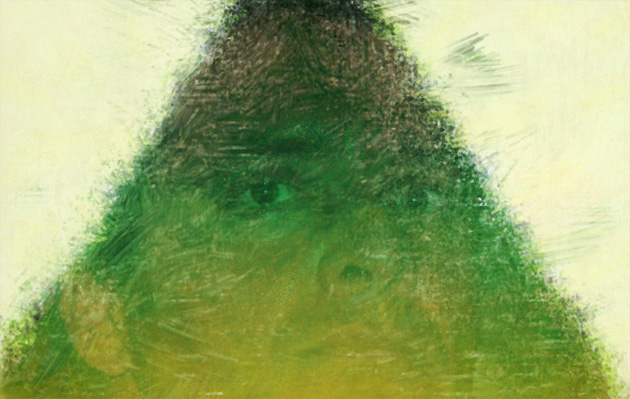 James Arthur Ray didn’t kill everyone in his downline :: which is maybe like the shit-stained golden rule of pyramid scheming … or something.

See if you kill everyone in your downline :: Jim Jones style :: then there’s no one left to lie to your future prospects/victims about how you’re totally the greatest … and prolly the only one who knows the secret location of all those magical unicorns that God hid from the rest of us just to be mean. And more importantly :: there’s no one left to vouch for you before judge and jury … when you’re inevitably being tried and sentenced for all the people that you killed.

… Death Ray will walk away. 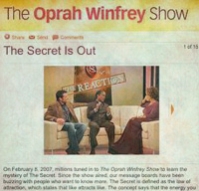 James Ray’s support :: and supporters … drastically dwindled from their Oprah inspired heights as the debacle of the deaths and his sandwich eating non-contrition played out for all to see. But unfortunately :: and in spite of the best efforts of a certain fake robot … it never fell to zero. At each stage of the injustice circus :: people stepped up to defend the indefensible.

With very few exceptions :: only the slightest amount of digging was required to unearth deep connections between any public defender of Ray … and the dark underworld of thinly veiled pyramid schemes that he’s so long called home.

– and even {sort of} Munger Tolles & Olson … were all defending the sick machine :: aka MLM :: aka Scamworld … and their lucrative positions within it. The murderous and disgusting Ray was just a sad :: balding :: disease riddled … proxy vessel for that wider defense. Because to those fully sucked in :: nothing matters more than the proposition that “anything goes” in pursuit of selling the dream to the dreamers. Anything. Fucking HUNDREDS OF BILLIONS of dollars :: and thousands and thousands of shamtastic “careers” … totally depend on it. 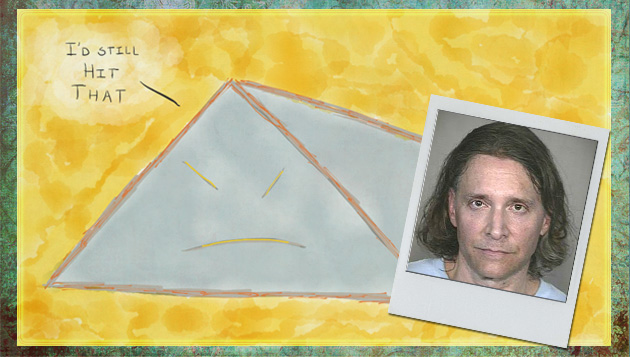 Any chink in the armor :: any crack in the dam … risks releasing a flood of sanity that could drive the business of grifting back underground where it can no longer be scaled to “buy yourself a president” type sizes.

In Scamworld … dead bodies are a resume bullet point.

AssHole1 :: Look how far he’s willing to go :: clearly this is a man who knows what it takes to succeed in this “industry” … let’s offer him the gig! 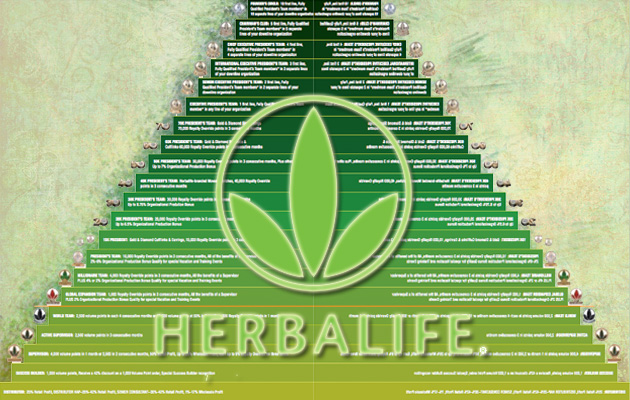 Before Oprah anointed Ray’s overlarge forehead with her trademarked golden touch of negligence :: Ray was building his name and business around corporate speaking gigs. Many chuckle headed corporations {and __especially AT&T} bought into :: and still buy into … the usefulness of scamworld’s cultish nonsense and manipulation as an employee management technique.

But other corporations :: ARE fucking Scamworld … and serve as the New York Stock Exchange traded foundation upon which the whole shit pyramid is built.

In determining the sentence for James, I ask that you consider my witness to his character. Namely, it is my belief that James has the desire and skills to continue being of great service to humanity. We all experience difficulty, setbacks, scrutiny and sometimes undesired outcomes, even in our noblest efforts…

As for me, over the past 13 years I have worked with thousands, if not tens of thousands of people in all walks of life; a wide range of backgrounds, age, education, experience and personal development while assembling, training and leading a sales & service team to reach the top 0.2% of Independent Distributors for Herbatife Int’l, a 31 year old 4.3 billion dollar global nutrition company operating in 76 countries and traded on the NYSE. Along the way, I’ve encountered all types of people in business; those with good intentions and those without. In so doing, I’ve had to become a quick and accurate judge of character.

“Herbalife has allowed us to have a real family,” Sandra says. “Because of the flexibility, we have close bonds with each of our kids.”

People with real jobs can’t have real families and bond with their children :: and people with triple homicide convictions have the “noblest” of characters … it’s wizdumb like this that must qualify Maurice and Sandra Smith for touring the Herbalife STS {Success Training Seminar} circuit … dropping their indoctrination bombs on the unwary … in tangential service to Carl Ichan and the Wall Street fat cats that MLM gurus continuously fake burn in effigy.

The Success Training Seminars aren’t cheap :: often priced at $90 … just $5 less than the cost of a {non full on :: non action taker} bottom tier Herbalife distributorship package. Full on :: action taking :: fucking winners :: who want their children to love them … buy in at the supervisor level and drop a couple of grand. Then they start qualifying for {by recruiting others} seminars :: paying for them … and attending them on a regular basis so they can be reminded of the importance of taking “massive action” by other action takers.

Stephanie Swanson knows what I’m talking about :: says she in her letter to Judge Darrow {page 160}…

I am writing to you in regards of my mentor and friend James Ray. I met James 10 years ago when I was building my Herbalife business. I heard about him from a close friend and knew right away that I would learn many beneficial tools to help me be successful in all areas of my life by attending one of his weekend seminars.

Because what you hear at these seminars :: almost without variation … is the virtue of attending these seminars … and of “listening to your mentors.” “Mentors” who :: not coincidentally … happen to sell their own line of seminars or services promising to help you succeed at succeeding at Herbalife.

“The easiest :: the funnest … and the fastest.”

If you don’t immediately stir people into a huge vat of groupthink manipulation :: they might start to think it’s just plain ol’ crazy to pay for their paychecks. At the bigger events :: Herbalife corporate will hire especially fast talking outsiders like James Arthur Ray … to distribute their message of no hope.

I am very grateful for everything James Ray has taught me; and he has helped me become truly successful in all areas of my life.

I have passed what I’ve learned from James on to 1,000’s of people to positively help them and improve their lives.

James Arthur Ray’s top henchwoman :: Megan Fredrickson … and her beautiful wife Mrs. Josh Fredrickson … were once upon a time downline of Ryan Swanson in Herbalife. And as Josh told Arizona homicide detectives …

Dark rabbit holes like the one curated by James Arthur Ray are not simply incidental to the Herbalife experience :: they are essential … they are mandatory.

Liz Neuman’s journey through JAR via HLF ended :: tens of thousands of dollars later … with her limp body being dragged over two dead bodies and deposited in the hot mud to die … as James Ray strolled away triumphantly and did NOTHING.

Such high costs can never be incorporated into the dry mathematical estimations of the damage being done to our societies by the likes of Herbalife :: but they are real … as real as death.

After Bill Ackman presented Pershing Square’s {too absurdly low to be repeated by me} Herbalife damage-to-victims estimate :: he put up this far more accurate slide … 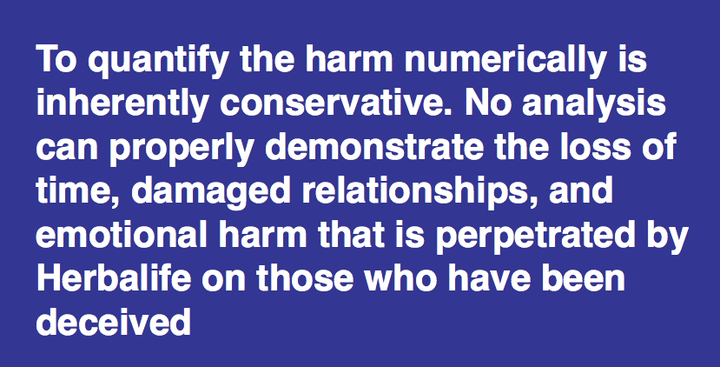 James Arthur Ray is back on the streets :: Herbalife has yet to fucking implode … big bummers both as their harms are no small matters.

But neither the company :: nor the man … are all that important in isolation. Until we Americans have a serious meta-discussion about {out in the fucking open} pyramid schemes :: and the cultures of widespread corruption and horror that they spawn and nurture – hedge fund managers and fake robots can keep screaming their crybaby heads off {like idiots} :: but it will be just sound and fury … signifying nothing.

UPDATE {editor’s note} :: A previous version of this story did not contain a psychopathic polyhedron making a sexually inappropriate remark about an ex-con’s recent mugshot. We regret any harm that error may have caused.