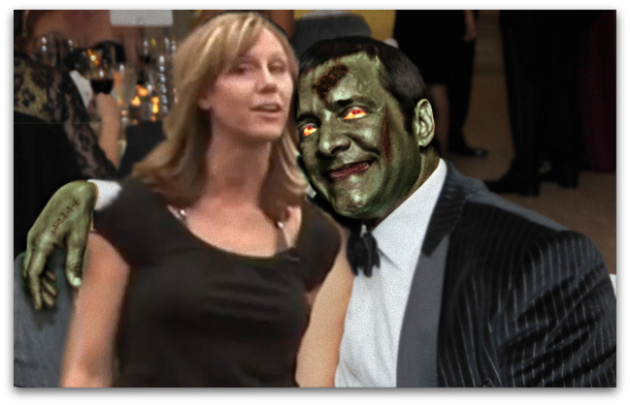 Jennifer Horton says that she has a B.A. in Linguistics from UCSD :: so I’m sure she appreciates the cruel double entendre in the post title. Lascivious language levity :: one word wonk to another.

James Arthur Ray needs money like a corn fed cow needs antibiotics. He wanted to sell his body on Santa Monica Boulevard :: but he’s too old :: and gross :: and cross-eyed. Some pimp was like: “Mother fucker PLEASE!! Go sell insurance or something.” Good plan pimp :: but that requires a licence and BigDaddy James is currently on trial for a triple homicide. So back to Plan A :: ConMan.

James has a whole bevy of bullshit products that he can resell to the same people he’s been screwing over for years :: but it seems he is currently unable to handle his own billing. Masses of unanswered refund requests and debts falling into default must have rendered him too creepy for even the creepiest of merchant account companies. Enter the minion proxies …

The office is located in this prestigious strip-mall UPS Store :: and the phone number is the same as that listed on Jennifer Horton’s “life coaching” site :: Xpress Xcellence. The Droid dialed that number last week :: and got J-Ho on the line …

SD: Hi Jennifer :: I write a blog called The Salty Droid. Ever heard of me?

SD: Are you the merchant account behind James Ray’s most recent product launch?

SD: {paraphrase} That’s lame. Why? How about giving me a clearer answer. He’s hurting people and YOU are helping! Do you want your name to be forever tied to his? To what end?

Good times. J-Ho enjoyed our convo so much that the number on the Life Results contact page promptly changed. The new page {link} :: Google cache of the old page {link}. She can’t be accidentally answering the phone and having unharmonic conversations with non-believers :: that’s not how you attract the life that you desire and deserve.

I wonder what she KNEW on this night? 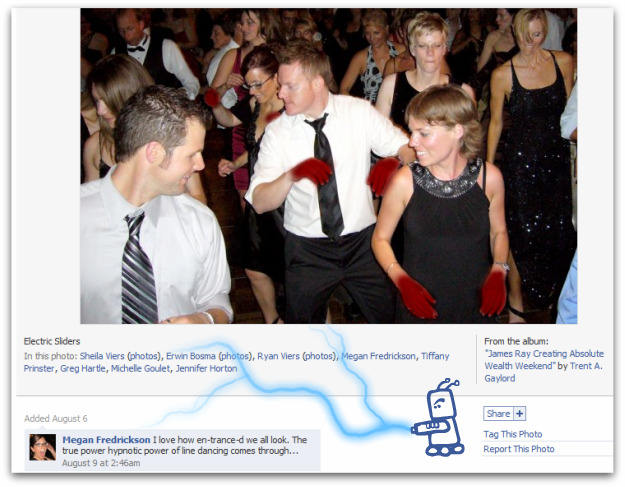 Greg just watched Colleen die :: Megan is masterminding the cover-up :: Michelle just left messages on the phone Colleen doesn’t have. So I wonder what Jennifer Horton is doing in this picture :: other than sucking at line dancing and not pulling off that hair style?

Normally this is the part of the post where I’d encourage you not to purchase the services of the heartless d-bag being discussed. For the sake of humanity :: DON’T purchase “life coaching” from Jennifer Horton … blah blah blah. But in this case that hardly seems necessary. When The Droid investigation of Death Ray first started back in October :: J-Ho was pushing a hilariously stupid and oxymoronic “Divorce Success” coaching program. It has since failed and disappeared :: but the spammy Facebook and Twitter pages remain. Her current “life coaching” website has an Alexa traffic ranking of 8.6 million :: that’s 7.1 million spots worse than saltydroid.com :: a site owned by trademark squatters whose only source of traffic is absent minded URL typos by saltydroid.info readers.

Jennifer was a Harmonic Wealth Coach. She paid Ray to be “certified” as a coach :: and then she depended on him to produce coaching clients for her “business.” In return :: JRI kept a fat chunk of the money. Without the JRI machine :: J-Ho is finished in “coaching” :: she hardly needs my not-helpful help {although she’s going to get it anyway!}.

But fear not for J-Ho :: she has a fall back position. She desires and deserves her own TV show :: and she’s already filmed the pilot. Have Kids Will Travel is all about Jennifer taking her boring kids boring places on a “single-mom’s budget” after her uber-successful divorce. Even though it appears that Jennifer doesn’t work :: her “single mom’s budget” still includes room for a big expensive SUV :: multiple meals out :: and private surfing lessons. Along with having no heart or conscience :: J-Ho is massively lacking in perspective …

No one should be forced to sit through that whole terrible video :: but skip to minute 6:30 for a very strange and surreal surprise. J-Ho {wearing a mic} is pretending to impart valuable lessons to the kids :: and the kids are not-pretending to be interested. She tells them that the Horton Plaza Mall was named after their Great x5 Grandfather!

The Horton Plaza Mall :: where Colleen Conaway lost her life on July 25th 2009 :: was named after Alonzo Horton :: a real estate developer and one of the original founders of San Diego. Jennifer Horton was probably at the Horton Plaza Mall when Colleen Conaway died :: and she was certainly at the after party. I wonder if it was Horton family money that allowed Jennifer to attend a $5,000 “event experience” on a “single mom’s budget?”