Messengers of the Light

I want you to wear my powerful thumb ring. Inside it will have a special inscription in a language that you’re too stupid to understand: 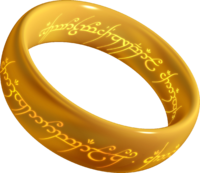 Of course … not this ring … this is just a regular old ring.

One Ring to bring them all and in the darkness bind them.

But again … just to be clear … not this ring.

Wearing this ring will remind you that you ain’t all that. You don’t even have the real One Ring … so how fucking important could you possibly be? Might as well take a sick day and eat pizza in your socks!

James Arthur Ray wanted people to wear his thumb ring too :: “with this ring, I thee con.” Thumb rings amongst Death Ray’s followers are like racist tattoos at a trailer park :: not everyone has one … but enough to be embarrassing. My highly tuned GaucheSensor™ picked up on the thumb ring bullshit JAR-Day-1. I mean seriously :: who the fuck wears a thumb ring? Thumbs are for doing important {opposable} shit :: and for showing up a bunch of stupid no-thumb monkeys. Thumbs are NOT for gaytown jewelry and adornment. Jewelry is meant for the lesser fingers {or the toes if you’re a whore/witch/succubus}.

The thumb rings started before The Secret had manifested itself into the public’s heart :: and before Oprah and her shoddy producers had turned Death Ray into a minor celebrity. Back then JAR called his “pay to be in my inner circle” club the Messengers of the Light. Take your Journey of Power :: become an initiate into the MOTL :: get yourself a beautiful thumb ring. According to Practical Mystic James Arthur Ray :: energy flows in through the pinky ring on one hand :: and is kept from rapidly escaping by a mystical thumb ring on the other. A truly Harmonically Minded person will be able to harness the extra time afforded by the thumb ring in order to convert the energy flows into expensive cars and overpriced candles that smell like Ocean Cinnamon. It’s a whole “Egyptian Mystery School” type thing … or maybe it’s science … or maybe {just maybe} it’s bullshit.

Many Messengers of the Light thought they had some higher purpose :: that they were going to help shape a new and better world. But James was having none of that :: after The Secret he significantly raised the prices of his events … and he broke up the old club.

“Because of The Secret he actually did a call with us, and my husband probably has that recorded where he said you know where he disbanded the fraternity, he got rid of the (Inaudible) we are not going to do any of that stuff anymore. We’re not, he says, because I can’t, all it would take is a picture of us walking around in white robes to show up on Oprah and you know the whole thing will be done. And I’m like okay what, I thought this was something that was supposed to be important, we were all on the same page here, we are trying to make a better world for people and that’s really not what we’re about, so good bye.”

This is important! We are changing the world! Ra Ra Ra! MOTL FOREVER!! … oh never-mind … forget about it. The Creative Source appeared to me in a dream and told me that robes and rings are too cultish for an Oprah guest. New inner circle :: the World Wealth Society :: only wears the latest in Oprah approved non-culty formal wear.

The pictures from one of the last MOTL events :: the 2007 New Year’s Bash :: are still up on the JRI flickr stream. This one takes the cake {and not the good kind of cake either} … 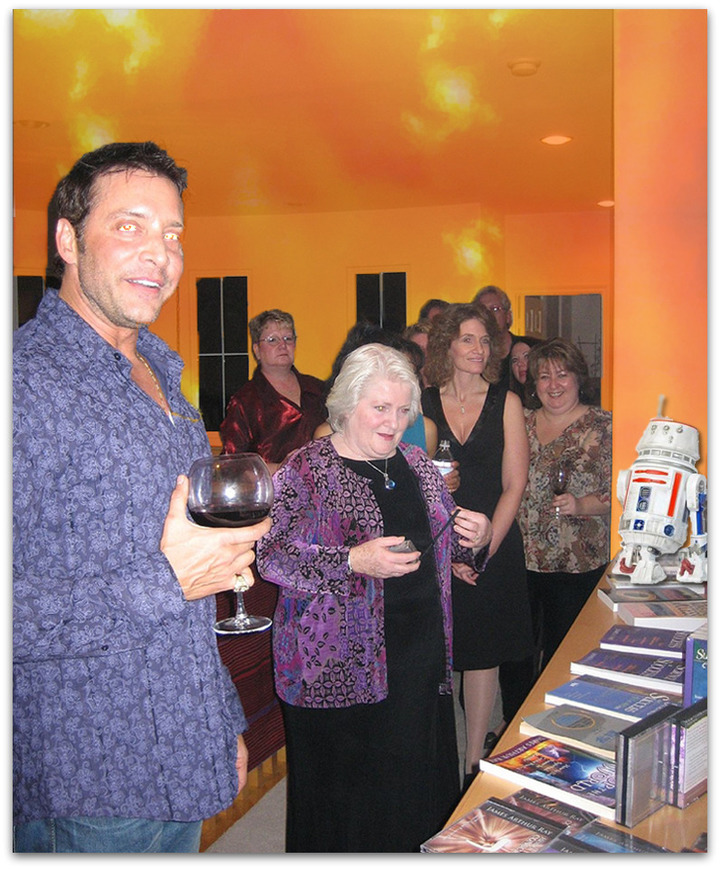 In a strange moment of honesty JRI has titled this picture :: “ABC: Always be closing.” Just because you’re paying a massive amount to be in the “inner circle” doesn’t mean you’re not going to be pitched the same bullshit :: repeatedly :: no matter the venue. Suck on it suckers! Step right up and buy this crap … again.

“… one of only six people who belonged to both his esoteric, pre-Oprah, Messengers of the Light, and his subsequent World Wealth Society, his inner circles.”

… but it wasn’t all esoteric unicorns in infinite happiness. Like so many other Ray followers :: Lori is unsatisfied yet unable to break away …

“I had told James in Cabo San Lucas in February 2009, on mic at the final event of the inaugural year of his World Wealth Society, that his “tough love” approach had too much emphasis on tough. The room filled with laughter at the recognition of the truth in the humor. Months later my fellow WWS members were still thanking me for standing up to him, for speaking from my heart, for acknowledging that he wasn’t showing any compassion to himself or to others. His grand vision for the WWS was quickly crumbling. Only four of the more than sixty members had renewed for the second year and he was pushing hard to change that.”

That’s an assload of revenue to lose :: especially if one is spending like tomorrows success has already been bestowed upon today. It’s enough to make a herpes ridden :: steroid taking :: sociopath have a panic attack.

Got to step it up! Got to go all out!