Bob Proctor was James Arthur Ray’s mentor :: according to Bob Proctor and James Arthur Ray … even unskilled charlatans need mentoring. Bob and James mentored each other all up and down until they both learned The Secret and told Rhonda Byrne so she could attract $35 million unto her own self.

Which is why four dead bodies wasn’t enough to convince Bob that James was up to no good. He stood by his not smart man until the bitter end :: says Bob Proctor in a letter to the Ray court …

I have known and been friends with James Ray since the early ’90s. I am familiar with his work and can state, unequivocally, that he has helped thousands of people gain a better understanding of their true potential and live more meaningful lives. There are countless numbers of people who are living happier, more productive lives from the information James Ray has shared with them.

James Ray’s complete lack of education and training unequivocally helped countless numbers in their understanding of potentials … and it helped a very countable number to death. Countless is more than countable :: so according to ProctorMaths™ … James Arthur Ray is a net positive. It’s the victim’s fault anywayz …

Kirby and Liz were fucking unconscious you idiotic prick :: but yeah … I’m sure it’s the educational system that was at fault. When will we start teaching our children to not have mental status changes while suffering from severe heat stroke? If only the lazy bastards at Sesame Street would do their jobs.

The day of his conviction for three manslaughters :: James Ray was “sharing information” with his victim database about the glories and successatudes of buying Bob Proctor’s Six Minutes to Success. He finished on the affiliate leader-board and probably received an appreciatory iTunes gift card to his Arizona prison cell …

Six Minutes to Success was a partnership between Bob Proctor and Harrison “Lanny” Morton {here’s a copy of their operating agreement}. Bob is dirty old man who knows jack shit about the Internets … but he’s been touring the MLM speaking circuit for years and knows all about The Secret to being in The Secret. Harrison Morton knows more than jack shit about the Internets :: but he wasn’t in The Secret so nobody gives a crap about him. Lanny came up with a plan to leverage Bob’s name into an Internet Marketing list and membership site.

You want to believe that’s a really stupid idea that failed :: but you’re going to be disappointed … Morton parlayed Proctor’s lame name into a big profitable list. Six Minutes used a wrinkly nasty old Proctor to build a much more significant Internet ScamLand list than Josh Fredrickson was able to build using piles of money and the far more popular :: and Oprah christened :: James Arthur Ray. When Tony Robbins launched his joint venture with The Syndicate :: Lanny’s new EvilProctor based list finished on top of the leader-board … 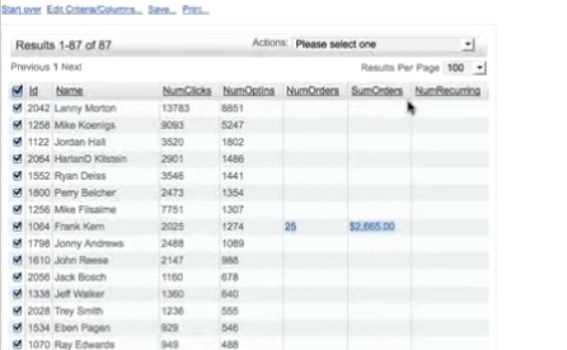 Over the years the Six Minutes list has appeared regularly on sales leader-boards for all the frauducts I hate the most. Harrison Morton was having success using Bob Proctor’s name to sell Frank Kern’s craps … and he was putting monies in the bank. But having financial success with a company 51% owned by Bob Proctor is exactly like failing :: because of the aforementioned psychotic greed and narcissism … big sharks get to be big sharks by biting off the heads of little sharks.

In November 2011 Bob Proctor unilaterally amended the operating agreement to remove Lanny Morton as Manager of Six Minutes to Success … and install himself and his lil’ woman Sandra Gallagher at the helm.

It’s how Proctor rolls :: it’s how you “succeed” in this “industry” … and there’s a trail of “partner” tears behind Proctor 20 years long. Harrison Lanny knew full well what he was dealing with {a freak} :: and should have just considered himself fortunate that he wasn’t bilked for $200K on the front end … and that he actually made a couple bucks {off the backs of others} in the process of getting screwed out.

But he let himself feel aggrieved :: and sued … Bob sued back.

… hang on while I get some chips.

First the case got booted from Nevada :: boring.

Case ends up in Arizona :: one county south of Ms. Polk and the dead victims who were failed by the educational system … Ms. Gallagher lays out The Bob’s claims against Harrison Morton in her sworn declaration …

1) Lanny uses company money for himself … like it’s a toy in a game.

2) Lanny moved “the company” {aka himself} to Hawaii.

Well :: you can still kiss Frank Kern’s ass from Hawaii … 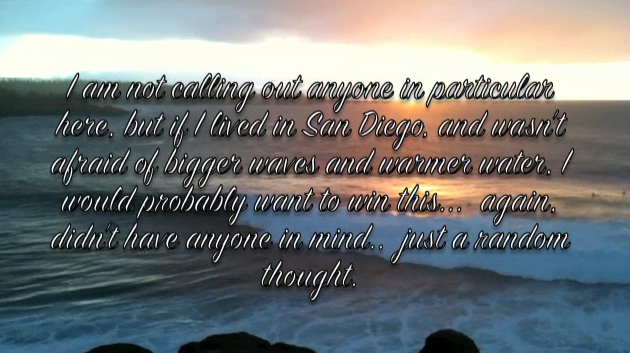 Um yeah :: and they also promoted every other piece of shit known to man … that’s what you do with one of these lists.

But you can’t really explain the whole dark world of fraud and manipulation to a Judge now can you? Normal operations of a bullshit unicorn business are more than just cause for removal under real world rules. So Morton’s claim to improper removal was always gonna fail. And his attempts to keep control of things he already controlled made things worse :: quoting Sandra …

They could never do it without Infusionsoft :: thanks Infusionsoft … it’s awesome how you have the courage to help vicious animals destroy the lives of real people.

So tell us Sandra :: who else is indispensable for the operations of your “business?”

The gurus of success don’t know how to build successful lasting businesses :: they just know how to take from you … and you keep letting them. 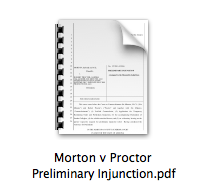 A faux wise man once said …

Yeah personal responsibility :: maybe I can help you out with that Bob Proctor … just maybe.