Tony Robbins and The Syndicate 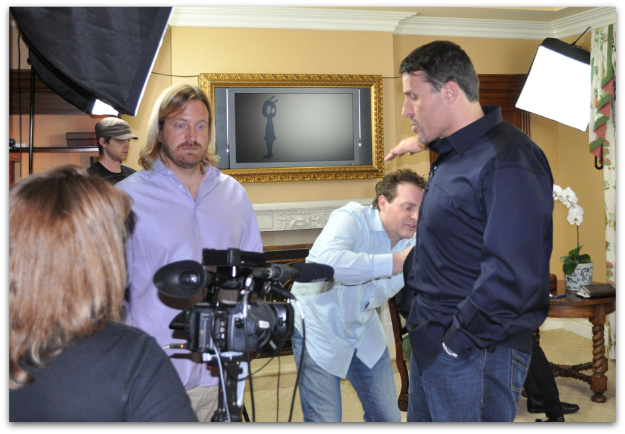 Tony Robbins has been foisting his useless frauducts on our society for a quarter of a century. The uncredentialed :: uneducated :: unimaginable bastard pretends to be a “motivator” and “positive thinker” … but those are just words for self-obsessed dumb dumbs. The reality is that Tony Robbins is an aggressive salesman. That is all. Yes :: he is hella good at it … but that’s not a fucking compliment.

He has an island :: you have bills you can’t pay. That’s the Tony Robbins experience {if you’re lucky}.

“If you want more stability, excitement or fulfillment than your current financial situation allows, then you’re going to find real benefit in “The New Money Masters,” a program I developed for transforming your life, finances and business.

This program is a monthly series of DVDs, CDs and booklets that I’m especially passionate about bringing to you.

In this program, I introduce you to a handful of people who came from humble beginnings, like I did, and went on to generate insane amounts of wealth while helping others along the way.”

He’ll “introduce” you to them for $67 per month … but if you want to know about the cartel … and the fraud … and the boiler rooms … and all the other seedy fucking bullshit that these wanks have to pull just to make far less than they report … then that’s gonna be extra.

Tony interviews {mostly} Syndicate members {and a token women brought in by special request} about how they got ahead in life {by talking about how they got ahead in life … natch!}. $67 is a lot to pay for one interview with a d-bag talking about the only thing the d-bag ever talks about anyway … his own self. But still more money suction was planned for later with a live event … and a lame moviemercial … neither of which actually happened. Ha ha suckers!!

The millions of dollars contained within these projections are YOUR monies people! The Syndicate offers your blood to Robbins … for favors … and commissions. Just another skin to the same lie they sell you over and over.

“But Tony Robbins didn’t know who he was dealing with … he’s innocent!” :: says you … because you are dumb … and wrong.

OMG :: of course he knew! The product is about how you can make massive money on the Internet :: and now! :: without much work :: and without any qualifications. As an added bonus :: the worse the financial times … the better these “ideas” will work. To support these preposterous claims is offered the income claims of the masters of fake income claims. “Frank Kern made $23 million in 24 hours” … and I swallowed Wyoming.

But I know how much y’all hate to accept the logic of the obvious … so I guess you’ll need to hear a recording of a meeting between Mike Koenigs and people from Robbins Research International where all the gory details are laid bare. Good fucking thing then that I happen to have just that!!

The meeting went down around this time last year. Items discussed include …

It lasted for 36 minutes :: the remix is 7 minutes. Full copies have been sent to various parties for further comment and analysis in the days to follow :: which seemed to cause an outbreak of unseemly apparitions.

Tony Robbins has known {and been worried} about this fake robot blog for more than a year {longer than most of you} :: yet that bullshit Syndicate frauduct is still being offered for sale on his site. He called them his “friends” and “mentors” … said they “changed his business.” Are they? Did they? Or has his business always been about making his giant mouth say whatever needed to be said to part you from your fucking money?

You can’t get rich on the Internet :: and Tony Robbins has an island …