Footprints on the Fire 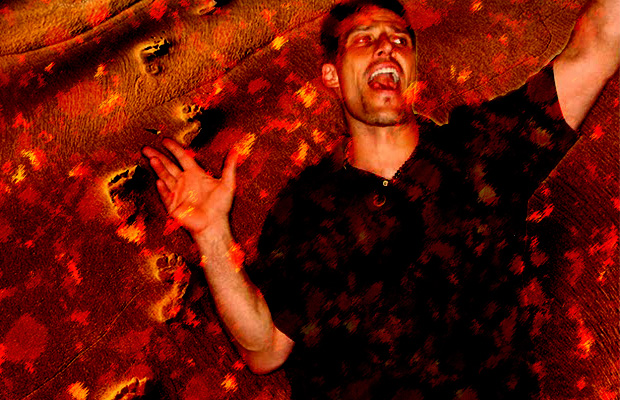 At least 21 people were treated for burn injuries after taking part in the crowning event of the first day of a Tony Robbins function downtown, including at least three who went to the hospital, a San Jose fire captain said.

The people who suffered various second- and third-degree burn injuries were among more than 6,000 who attended the motivational speaker’s event at the San Jose Convention Center called “Unleash the Power Within.”

Unleashing the power of hot coals … with your momma’s bare feet.

Attendees know :: because Tony Robbins told them so … that fire walking is all about mind-over-matter.

Guasch and Andrew Brenner, another fire walker, both said that the keys to not getting singed are faith and concentration.

“I did it before, didn’t get into the right state and got burned,” Brenner said. “I knew I wasn’t at my peak state. I didn’t take it as serious.”

You’ve got to be in your peak state :: seriously … except not really …

David Willey, a physics instructor at the University of Pittsburgh at Johnstown in Pennsylvania, has published a text and video on the physics of firewalking and stated that it “does not need a particular state of mind.”

“Rather, it is the short time of contact and the low thermal capacity and conductivity of the coals that is important,” he wrote. He added that ash that builds up on coals can provide further insulation.

“It transformed people’s lives in a single night,” said Carolynn Graves, 50, a real estate agent from Toronto, who crossed the coals without injury. “It’s a metaphor for facing your fears and accomplishing your goals.”

Ms. Graves suggested that the people who burned their feet “were out of state,” a term that participants said meant having the proper mental attitude.

Ms. Graves knows physics like Tony Robbins knows psychology … not at all.

Where was Tony Robbins during all of this? Before the firewalk, Kim said he related a story about a wannabe inspirational speaker who had tried to do a Tony Robbins-esque event in Hawaii. At the fraud’s firewalk — wouldn’t you know it — several people got badly burned.

She believes they used a recording of Robbins’ voice to congratulate those who completed the firewalk on a job well done.

“I didn’t see him at all,” she recalled. “He didn’t go through the fire first or anything.”

21st century gurus don’t like to mingle with the unkept masses … regular people and their regular talk are disruptive of the god delusion.

And where was Tony Robbins after all this? Still too busy preening his fake smile to bother worrying about it one supposes. Robbins Research International issued a written statement …

“More than 6,000 attendees participated in the traditional fire walk across hot coals. We have been safely providing this experience for more than three decades, and always under the supervision of medical personnel.”

Okay maybe :: but this time numerous people had to be hospitalized … so what of it?

No comment … not even to The New York Times.

Mr. Robbins was not available for comment. A member of his staff explained that he rarely gives interviews except to “Piers Morgan Tonight” and the “Today” show.

Really? Because I have an interview he did with Mike Koenigs … and there was more than one. 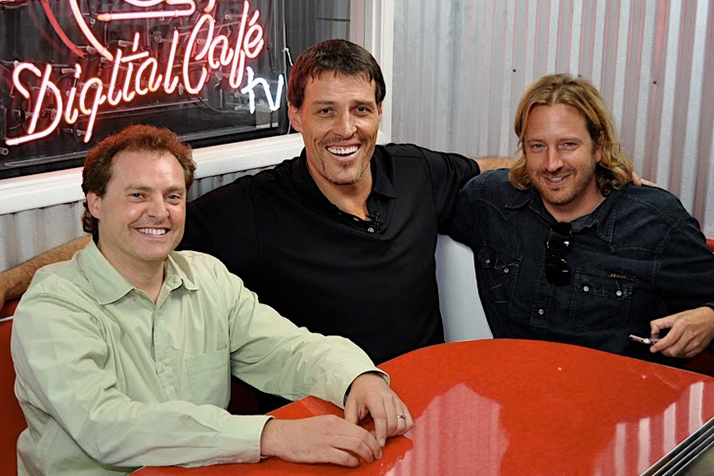 Sorry The New York Times … you just don’t have the same kind of clout as Digital Cafe TV. Did you know they had their own fake television set in a strip mall? Yeah :: and they even built a new one on top of the old one so now they have like two … and stuff. Here’s Mike Koenigs from not the “Today” show :: toasting the dawn of a new era {in strip mall fake television sets} …

The AP noted that Robbins notes on his website …

“His infomercials have continuously aired on average every 30 minutes, 24 hours a day somewhere in North America since their initial introduction in April 1989, the website says.”

… and that’s as close as anyone got to telling the real story … which has got fuck all to do with burned feet.

Tony Robbins is everywhere. He purchased people’s attention from the big media companies :: paid for by upselling impossible bullshit to victims on the backend … a dark and hazy land of phone calls and pressure sales tactics that TV executives can’t think too hard about while suckling at the infomercial money teat. Ignorance :: and negligence :: and intentional bad actions :: led to that purchased attention being offered back to the public as a proxy for actual accomplishment by those same media companies … and an evil false prophet was created.

Personal transformative experiences can’t be industrialized :: and they can’t be fucking purchased … grow up America! But you know what can :: and has been … scaled to an industrial size {with a more unequal distribution of wealth than one might expect to find under some brutal tyrant}? The cult dynamic. The mind control and brainwashing techniques that we’ve learned from science :: selling :: culting :: wartime prison camps :: Nazis :: and the Red Chinese … all that shit scales.

6000 people walking down 10+ lanes of hot coals for 90 minutes :: seems like a big bad … but it’s not the big number we should be worried about. Each one of the those 6000 people represents approximately 100 other people who were offered the opportunity to Unleash the Power Within in San Jose July 2012 and declined. Hundreds of thousands of sales messages constantly spammed across all mediums :: to the whole world … generating the contrivance of attention.

Tony Robbins will never stop telling you that the way to move forward with your life is to keep giving ever larger amounts of yourself and your life to Tony Robbins :: but he’ll never give it back … because he is a nothing and a nobody so he can’t. As shallow a god as ever there was. 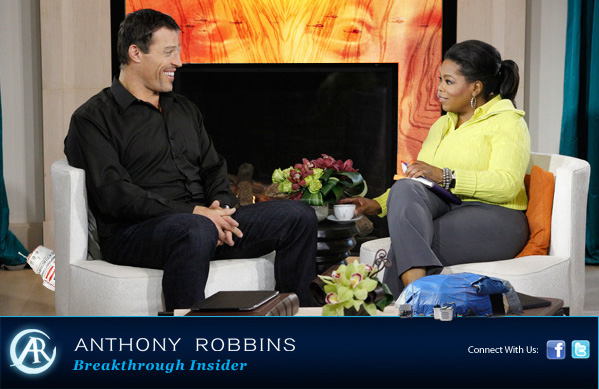 With Oprah’s previous unicorn guru James Arthur Ray {himself a former Robbins Research International telemarketing employee} rotting in jail for killing people {an event upon which Oprah has still had no comment} :: she recently restamped her seal of approval on Tony Robbins … even Unleashing the Power Within and mind-over-matter firewalking. Shortly thereafter :: her fledgling cable network purchased the rights to NBC’s Robbins based “reality show” about an infomercial pitchman who changes real people’s lives using only the power of fake.

Not the “Today” show’s Mike Koenigs told Tony Robbins’ minions :: in an unwisely recorded meeting … that they should “do their part” and get tickets to the filming of that same “reality show” for members of Frank Kern’s Syndicate.

… The Syndicate / Tony Robbins joint scam product is still sold by Robbins with extraordinarily specific :: and very false :: claims. Talk of “touching the hem” :: and digging at people’s pain … did nothing to dissuade Robbins from forming the partnership … didn’t even make them flinch {“that’s perfect”}. He was warned about the “poisonous specter” that is me :: in 2009 … long before even I knew I was a big deal. But when I revealed the inner workings of The Syndicate :: Robbins didn’t care … knowing full well how the game is played … The New Money Masters remained available for purchase.

25 years :: and an almost unfathomable tech evolution revolution :: after his first infomercials hit the airwaves … Tony Robbins appeared in a whole new kind of video production. The Verge’s Scamworld article and associated movie referenced the Robbins/Syndicate association. A mini documentary featuring a fake god and a fake robot :: beamed out as if by magic for all the world to see … 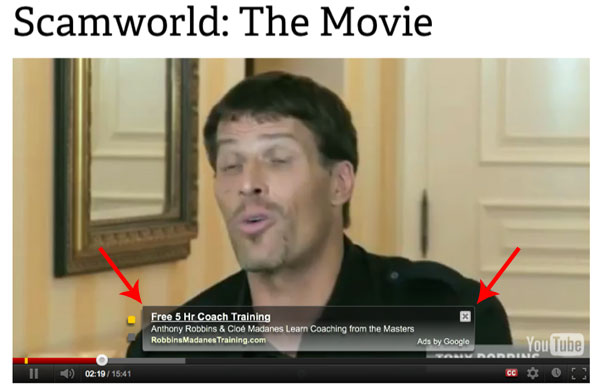 Brought to you by :: wait for it … Tony Robbins.

Google :: meet the new boss … same as the old boss.

And worstest :: and scariest :: of all … it didn’t warn off victims … even those who had suffered directly at his hand. 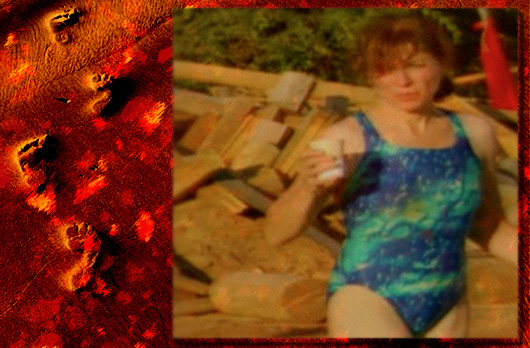 … but she was thousands and thousands of manipulative mainstream sales messages too far in to see the danger for herself. 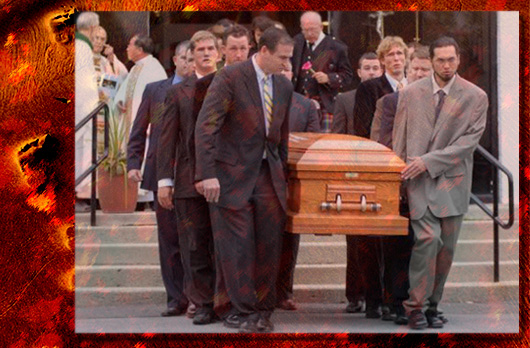 The burned feet are the smoke … not the fire.