A Virus and a Plague 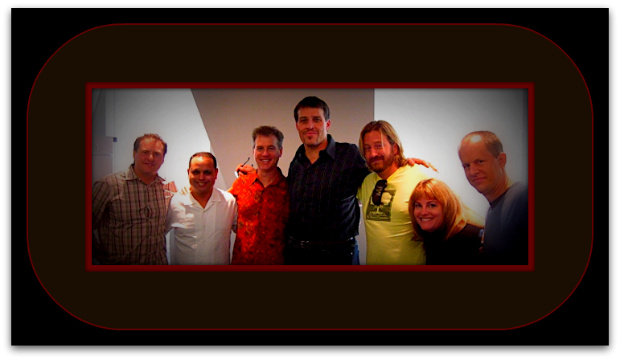 No wait :: I mean :: I saw Tony Robbins on some fucking toast. Yeah … that’s what I meant … I saw him on some toast. Remember? It just happened!

I was trying to write a serious article about how the Canadian authorities are turning a blind eye to sickening perversions within their famed Royal Canadian Mounting Police … when I was rudely interrupted by some annoying code loop and a piece of apparitional toast.

I tried to be all cool about it because I’m a badass and everything … but the whole experience was terribly frightening for my fake secretary Debbie. “Shut your gushing geyser of a mouth Debbie!” :: I screamed at the top of my iron lungs … but it didn’t seem to calm her down at all. So did I punch her? Yeah … I did … but I’m not proud of it. Do I condone bosses punching their fake secretaries? No I don’t … not publicly. It’s just that things are tense around here since the toast showed up.

This morning I rolled into my office {in the basement of my mother’s garage’s basement} and exclaimed :: “Debbie :: bring me my catheter!” :: as I do every morning. But I found Debbie on the floor in the fetal position :: sobbing :: licking the carpet :: and mumbling incoherently about peanut-butter n’ jelly. It seems that Debbie heard :: via Not-Doctor Kilstein’s real fake secretary Sandra :: that the apparitional virus is spreading.

Our friend @CosmicConnie is a miracle hater :: probably because …

“My life remained bereft of the type of miracle that draws bored reporters and long lines of desperate believers to one’s front door.”

“And then, and then… last night… Something Happened.

It was so wondrous that it shook my Whirled.

It made me re-examine my entire life.

It made me want to write one-sentence paragraphs.

Or even one-word paragraphs.

Could it be {spoiler alert} apparitional Tony Robbins?

Now I’m starting to sympathize with Debbie :: this is freakish! Who can we blame? Obama? The Vietcong? Nancy Reagan?

… bacon is not something that a hippie like @Duff would put on his biblically correct sandwich {classic segue!}. 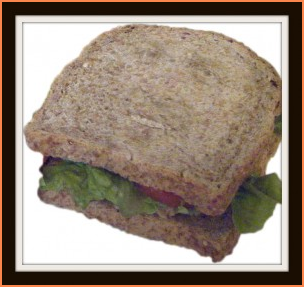 Yet even this spiritual bread :: untoasted by the fires of sin :: has been stricken by the viral spectre …

“At first I thought it was the Virgin Mary, her image sprouted forth just as the Wheat, and Barley, and beans, and lentils, and millet, and Spelt had been sprouted per God’s baking instructions. I thought of the possibilities–could this be a sign? Perhaps a sign that I should sell this sandwich on eBay and finally pay off my student loans?”

But God wants us to suffer with our student loans :: that’s why they can’t be written off in bankruptcy like 400 pairs of shoes and a Home Depot shopping spree. No :: what sprouted forth was distinctly non-virginal …

OMG it’s Tony Robbins! Or wait … he just said that.

Interrupting DJ toast :: red Texas meat :: and vegetables on organic bible bread … many forms :: one ominous message. It seems that ALL of the stories and themes of this insane project can be expressed in the effigy of a single giant d-bag. One d-bag to rule them all.

Out here :: on the glorious interwebz :: the truth can spread just like the disease. The jackals know about the short distance between dissent and revolution … so they use fangs and tricks to repress … and they lose sleep over fake robots. The sheeple don’t know about the short distance … so they abide by horrors … and they lose hope in the possibility of change.

But change IS possible sheeple! New things make new things possible. The light of truth either improves :: or destroys :: the fictional structures built by men. Kinda feels like the lights are coming on …