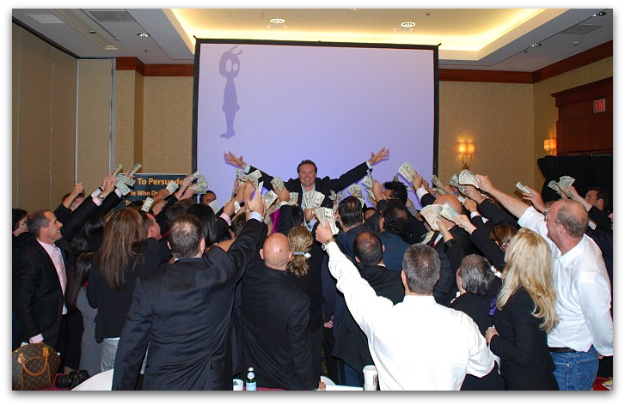 The Internet Marketing Syndicate post {plus comments} currently has a word count of 54,000. The first 1500 words are fucking priceless {natch!}. The quality of the remaining 52,500 is … let’s say … highly variable. So :: for the second time :: the comments are the post.

Congratulations on the epic honor of making the cut … your fake check is in the mail {no it isn’t!}.

“Good work, SD. You have illuminated the apparent business model not only for some of the top players in IM but also for the related and oft-overlapping New-Wage/selfish-help/McSpirituality industries. There are “cartels” everywhere, it seems. Which, it seems, is precisely your point.”

“They’ve since had a few big pow-wows. One the day after kern’s second mass control event at his office. You can get a sense of who is in the group (and who isn’t) based on who attended and spoke – although there was one or two speakers who are not members of the syndicate. Reese, Belcher, Deiss, Mulligan, Filsaime, Walker, Kern, Koenigs, Pagan, Jenkins, Fallon, Johnson are all members.

“Let’s stop for a minute. Ed Dale promotes all the syndicate offers, yet when his loyal followers produce a business that can genuinely help people, he DOESN’T promote them, but strings them along and suggests that if they scratch his back (by working on the challenge for free), maybe he’ll scratch theirs. WTF?!?

… He is going public with a company based on stabbing people in the back, and he is planning on using his stock to “buy” people’s businesses for peanuts.”

“If anyone dares to ask any immediate edge member for proof of their success (as I did) and then asks awkward questions like “is anyone actually making any money?” they get run out of town faster than you can say “scam”.”

There are many comments that paint Ed Dale in the dull light of a rotten pink thong … and many defenders hiding behind proxy servers :: sounding emotionally disturbed :: and stinking of the same thong.

@Nuisance to the Douche-ance {writes a song for Mike Filsaime}

“Don’t make me call Pauli Sabol, (smiles)
I’ll put your kids on a cruise with that pedophile
I need to buy more drugs and hair plugs
So, I’m gonna get my money by connin’ you ‘nugs”

“For example, when one launches their pricey product promoted by their cronies, they eventually (and sometimes shortly thereafter) give away their once high-priced product as a free bonus during a colleague’s subsequent launch.

It’s infuriating to me to see people paying several thousands of dollars for a product during one big launch, only to see it being given away as a free bonus, less than a few months later, as an incentive to buy from their affiliate link for another crony’s big launch.”

@Slick {on the same}

“Eben Pagan looks like the biggest pussy I’ve ever seen. I feel like I could actually come up to him, put my hand in his pocket, take out his wallet and walk away with him explaining the evolutionary & psychological reasoning and analysis for my crime.”

Pagan gets beat to death with wet noodle :: News at 11.

Former StomperNet honcho Dan Theis left a long comment regarding where to draw the criminal line in the criminal sand. He makes some okay points … but all I’m going remember is this …

“Does the Syndicate exist? Yes, it does – it’s been one of the worst-kept secrets in Internet Marketing for a few years now.

In my opinion, the Internet Marketing “industry” is broken and sick, and would be so if none of your targets had ever gotten into the business.”

“I am not happy with some of the stuff I promoted in the past. I did it because otherwise they wouldn’t promote me and it was crucial for my product to be success. The fact is I have so much information about this industry that would put a lot of them behind bars. I have been to the affiliate parties and I know exactly what goes on there and how the deals are made. You should guys hear how they talk about their customers. It’s sickening.”

“This is all funny. And the reality is that Kern ran out of money last year… Eben Pagen lives in a shit hole and really has about 7 employees and not hundreds like he tells people and the rest of them have to continuously con people because they could not run or build a business if their life depended on it.”

“How do you feel about Kern saying they are all just USING YOU to spread the word and provide (manufactured) “social proof” to get people to buy almost EXCLUSIVELY from the SYNDICATE MEMBERS instead of you?

He’s admitting you are LOCKED OUT and are just being used. Your efforts are doomed because you can’t be a member of his private “syndicate.”

This is really quite a revelation, and should be extremely upsetting to anyone who is, or ever has been an affiliate.”

“If you’re another online marketer, why are you going to sit on your ass while these guys run you out of the marketplace? They are smiling in your face and plotting your demise behind your back. THIS IS WELL DOCUMENTED BY THE DROID. WAKE UP.”

@Mock Me Baby {on why FTC actions are so scary}

“1) They are a civil agency and therefore you do not have a RIGHT to legal representation. OUCH.

2) They have many Court Opinions that give them the right to FREEZE ALL YOUR ASSETS BEFORE YOU EVEN GO TO COURT. And these injunctions and freezes specifically say you cannot spend any of your money on an attorney. OUCH.”

“If only I’d found this site sooner, I’m one of their victims who has been cleaned out by them.

I have lost my life savings to the IM guru’s in this so called syndicate, I’ve bought all the $2,000 courses, upsells etc – you name it I have probably bought it.

I’ve recently been feeling suicidal and been suffering depression because of the amounts of money I have lost to these guys.

All in all I’ve lost around $100,000 since 2007, I know a lot of it is my fault but this is a nasty addiction like gambling – once you get sucked in it is hard to escape from their clutches.

Like a true sucker I bought Perpetual Traffic Formula, this is my last hope of recovering some of the money I’ve lost to these guys.

I wish I could get all my money back somehow from all these IM gurus, can’t believe how stupid I have been.”

@End of the Tunnel {in response … very nice … but also sad}

“** And that Deiss course in your hands right now is CRAP. **

His course will not help you. Get your refund NOW. Get out, get out of the MENTAL TRAP that keeps you thinking the next one’s gonna do it. It’s not. You’re not going to make money online with their shit. That’s why they focus so much on “mindset” and “manifesting”… it traps you in your own mind so you don’t question their methods. Rather than try their bullshit traffic-getting advice and see it’s shit, you end up staring at yourself in the mirror beating yourself up, wondering what part of your subconscious is holding you back.

The truth is, their failed advice is holding you back. They design it like cliffhanger TV shows, always promising the carrot and never giving it.

So focus a little energy on getting that refund. Focus the rest on getting work if you don’t have any, and on taking care of yourself. Spend time with people you love. Realize you made a mistake that MANY other people have made, and show yourself some compassion for it.

You’ll look back on this part of your life as a dark place you escaped from.

The light at the end of my tunnel is that losing two years of my life to these jokers has made me serious for the first time in 10 years about going back to school. I don’t know what yours will be.

It’ll be something. Something good.”

“This is the most insidious place ever.”

Cause maybe I did it myself… fuck. That’s hard to admit…

… and who is forgiven by me.

Taking us out on a teaser for the next post :: long time commenter @Rafael Marquez …

“It’s all about semantics. I love how he says “trade union” over and over instead of the more evil and sinister sounding “gang,” “cartel” or “co-conspirators””