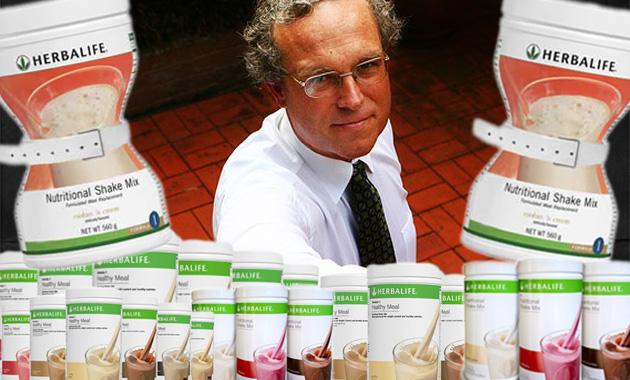 Herbalife is a fucking scam built to bilk poor people.

Whether or not it’s a proper “pyramid scheme” :: as currently defined by the FTC … is a moot point. The FTC doesn’t care about their own blurry pyramid standards :: so why should anyone else care? But that pyramid question is the one that the “we don’t hire women” assholes of Wall Street have their man-panties all in a knot about.

Let’s slap them around a bit to illustrate some wider points about the MLM monster :: which must be slain in order to save America’s soul from the Kraken. Not that I really give a fuck about any of their secondary market opinions :: or what happens to any of the money they manage for the Top 1% … but smacking around some smart people will be a refreshing change of pace from the barely literate Ed Dale / Crystal Cox type dummies I normally abuse around here.

And let’s start with Bronte Capital :: which has nothing to do with Emily and Charlotte … cause even allusions to women are disapproved at the Wall Street sausage party. Bronte’s chief sausage John Hempton has falsified Bill Ackman’s pyramid thesis :: using the pretend science of looking for people dumping shake powder on Craigslist … or “Craigs List” as Hempton inaccurately labels the newspaper destroying classified site five times in a single post … like the fucking web expert that he isn’t.

But we can be certain of one thing: Herbalife is not a pyramid scheme in the sense promoted by Bill Ackman. We can take the 300 page Bill Ackman presentation and throw it out. Falsified…

And any journalist (Michelle Celarier) who continues to take Bill Ackman seriously on this issue has disconnected from reality.

Yeah :: shut up you stupid lady reporter … who invited you anywayz?

“If I was a failed distributor I might have $2000 worth of this getting old on my shelf. I might (reasonably) want to recover some money. So I would sell it.

Of course if John Hempton was a failed Herbalife distributor :: then statistically speaking … he would be an hispanic person … without a college degree … living a scary paycheck to paycheck existence full of fear about the future. He would have been convinced by the absolutely fraudulent claims of his upline :: that Herbalife was the miracle solution to his intractable problems … and he would have dropped a jack-load of money he didn’t have chasing that unicorn against the advice of almost all of his loved ones {aka … dream stealing haters} … alienating and humiliating himself in the process of losing everything.

Which is to say :: rich money manager John Hempton has no fucking idea what the hell he’s talking about … and should STFU ASAP.

But let me explain it to you another way Bronte Capital’s John Hempton :: using a parable instead of science … like Jesus would do.

The semi-rape is quickly over :: but the associated mental trauma is long-lasting.

Once you finally start feeling a bit better :: do you …

a) spend a couple of days trying to sell your fancy American jeans on eBay :: taking photos :: writing a description …

… all while reliving the experience in vivid detail

b) throw the guilty jeans out with the trash … and immediately start wearing hoodies and canvas cargo pants?

Oh oops :: gosh … looks like I just falsified your thesis that the thesis has been falsified with my own {three word} thesis …

So why don’t you spend a couple of months {soul} searching through the garbage dumps of Latin America John Hempton :: and then report back to us on the status of your fucking falsifying. Please try to pick me up an Equinox water filter while you’re out there though :: cause I can never find enough of them on eBay.