So like if there was a registered sex offender organizing a family Internet Marketing cruise for one of his Gnomish companies :: he would fire that person the minute he found out about the pedophilia … wait … I mean … not really … but you know it’s complicated. Let’s hire some party girls and forget about it.

The Gnome didn’t appreciate his reputation’s appearance in Scamworld … 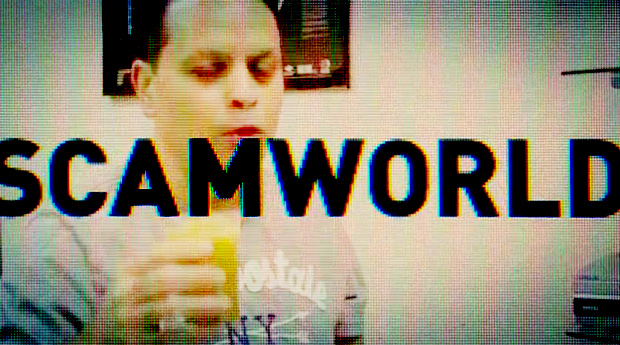 As part of his lame to the point of silliness Facebook defense … Satan’s comic garden plague posted his email response to Joseph Flatley at The Verge. Seems strange :: but writing is hard for Gnomes … translating 600 words of garbled Gnomish into not quite passable English is exhausting for these special little “people” … and has been know to cause fainting and explosive diarrhea. Shame to waste all that work on just one recipient …

… is a well-known Gnome slogan that gets put up on lots of Gnome signs and shit {it’s easier than thinking up new signs}. 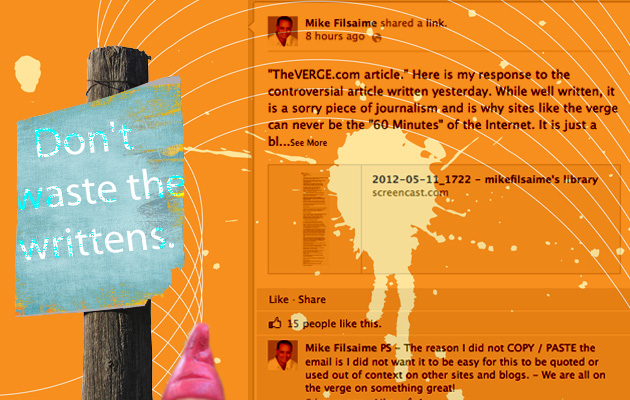 He bcc’d Andy Jenkins :: because french for trade unions support each other through dark times with cock jokes and journalist emailing. Then he posted it as a screencast because …

“I did not want it to be easy for this to be quoted or used out of context on other sites and blogs.”

Fucking tricky … that’s one point for you Gnome. Would have been fun to post that dumb email with a bunch of mean jokes interlaced :: but I guess that’s off the table now … oh wait that’s right … I know how to type!

It is clear and you have some great talent. I saw some of your other work and you put your soul into it. 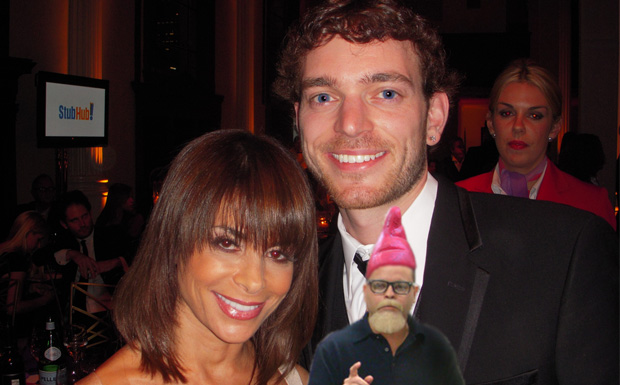 But, I if I may be honest {doubtful!} and offer you some critque, your article was nothing other than a cliff’s note version of 2 years of the Salty Droid Blog.

Cliff’s note sure was long … as about a hundred Verge readers seemed compelled to testify.

Congratulations, you did a GREAT JOB saving a person 2 years of reading and managed to do a great job making a summary of his blog, thoughts, agenda, and conclusion.

Gnomes :: it seems … are only able to read at the speed of life.

Your article is so close that it is simply a piece on “The thoughts of Jason Jones” that i wonder if you found his site and got inspired to to a story.

There is no way you were inspired to do a SCAM story and then found his site in your research.

No way? Seriously? But that’s obviously the most likely scenario chuckles. From the first email The Verge sent to the fake robot :: about a month after their site opened for business …

“I write for a website called The Verge. We cover gadgets, technology, and internet culture. I have been researching a story about internet scam artists, specifically the people you cover on your site.”

Mike Filsaime … wrong as ever.

You did a poor job of contacting anyone and “seek the truth.”

Where are YOUR interviews with the “victims.” A good story would have found a “Richard Joseph.”

You mean like the “Richard Joseph” who was “victimized” in the story? Don’t think that counts as a Syndicate victim Gnome? Tell that to yourself promoting John Paul Raygoza … because I think it counts … and that Richard Joseph made an excellent “Richard Joseph.”

Seeking the truth you would have found perspective of people at the Underground event that are NEW to the industry and get their thoughts. Find people that have not had success. Find many that have.

Explain how, “I did see however some Doctors and lawyers that are learning marketing and having success with their business.”

They were there I spoke to them. Many of them as well as those that struggle. I know the reality.

You did not show it.

Make money online NOW :: all you need is a $7 copy of Mike Filsaime’s Seven Figure Code … and a medical degree.

Where was your interview with Kern? Jenkins? Smith? Tony Robbins?

I wouldn’t have expected you to read the whole article Gnome :: what with it containing grown up words like détournement … but the Jenkins interview was right near your picture … pictures Gnome! … pictures!

“The name stuck, and then Jason Jones, The Salty Droid, got a hold of it, and thought it was this massive conspiracy of price fixing and illegal offshore money laundering,” Jenkins laughs. “Then, that was sort of ‘beware of the boogie man, The Syndicate. They’re out there going to strip clubs and taking your money’ and that kind of thing.”

As if any of you urinal cake eaters even know what “offshore money laundering” means … much less how to accomplish it.

I spoke to Prosper and they would have LOVED to have been spoken to on the record. How could you not get them?

Oh really … y’all are BFF’s then? Well have them give me a ring-y-ding {I believe you’ve got my number} :: I have a couple of questions that I’m sure they’d LOVE to get cleared up on the record. And hey :: maybe we can talk about Stephen Pierce Getting Motivated to go on a revengeful bloody rampage.

Even in your attempt to talk to me, (Where I smelled this post a mile a way and told you I feared you were “tainted” already)

Gnomes are all above average taint smellers.

Every thing I have seen on 60 Minutes will show or say “We spoke to Prosper to talk about their prices and $10 / hr sales people and here is what they had to say…..”

Or.. I tried to reach Mike Filsaime for comment but with our Travel Schedules near the deadline, we could not talk.

I tried to reach Mike Wallace for comment on this Travel Schedules situation … but he is dead.

Joseph, you gut sucked into one “salty” side and you lost your ability to be objective. This is a fact and it shows in your article.

You are using SCAM has a hook, fear to gain readers, and labeling it as investigative reporting seeking the truth.

Your facts are WRONG. Period. You did not even quote me right for my words with Jones. And I did not start Higher Level as my in house Coaching Program. (That was 2 years after mine, we made a video to re try yet did not go through with it. My sales floor was done under my company and in my office not Florida)

If I may be honest and offer you some critique :: you’re rambling … I’m getting bored of laughing at you now. Can’t you just give us cliff’s note?

We could have spoken. I could have given you the facts, but it would not matter. Besides those are not the wrong facts that count.

“Those are not the wrong facts that count.” ~ Mike Filsaime 2012 –> Please Retweet

Here is where you failed. By not checking facts DILIGENTLY (push the damn deadline if that is what it takes) and not getting other sources and all sides and letting the READER decide, you acted like an extension of Jason Jones voice, nothing more, and in doing so, you got it 90% right.

You did a poor job in seeking the truth and a great job and getting Jason Jones 2 year journey in a wonderful summary.

Good production, hard work. But in the end, you did not tell the REAL STORY. You told Jason Story.

You are no where near the truth and it is not my job to help you find it, it was yours. And you failed there.

Being 90% right does more of a disservice that leaving the story untold.

You must admit to that. And your C- effort to find the truth is simply not good enough.

Not when you condem people based on other peoples words.

And that, is a fact.

Again, great job on telling Jason’s Story. If that was your goal you get an A++

Simple … and no where near as impactful as what actually just happened.

And what actually just happened :: worried lil’ GardenGnome :: is that a major tech site did months of independent investigation and came to the exact same conclusion as me and my mother’s basement … that you d-bags are so criminal it’s almost comical.

But anywayz :: please do keep talking me up Gnome … I can’t see how that could backfire on you.

Feel free to quote me on this, but if so, in its entirety.