Show Me Your Warrant 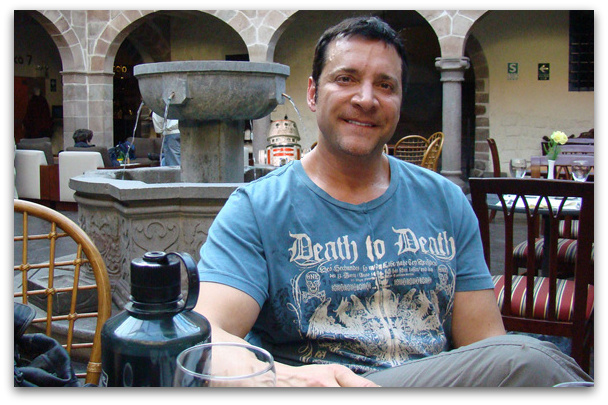 Truth Edit: “Okay :: maybe you are going to die. I mean this is some seriously dangerous shit :: people get hurt every fucking year :: and I’ve developed a weirdo death fixation. But I’m not going to die. I can’t enjoy a death fixation if I’m dead … know what I mean? :: So I’ll sit by the door like the dainty fucking coward that I am :: and I’ll roll the dice with your life instead.”

Defying many of The Droid’s preconceived notions about the suck-a-tude of The Media :: attorneys for a local television station in Phoenix :: KPNX Channel 12 :: managed to get some of the documents relating to the Death Lodge investigation unsealed. Holy Shit! :: how stunningly journalistic of them.

Here is the affidavit in support of the search warrant …

… I’ve highlighted the best bits in case you’re too busy admiring yourself in the mirror to read through the whole document.

1) The Death Lodge consisted of eight rounds. Between each round the flap was opened and people could come in and out before more hot rocks were dumped into the center pit. He called the hot rocks “grandfathers” :: like you do :: and had all the delusional white people chanting shit in Native languages. Once the flap closed it was pitch black inside :: like Death Ray’s soul :: or like the “black insanity” you’d find yourself shitting if you went to Ray’s Modern Magick seminar and drank his mind {and poo} altering concoction of fuck knows what and fuck knows what. 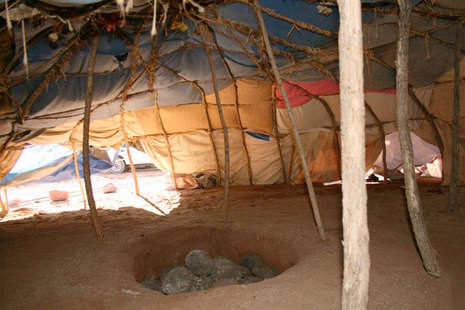 2) After the 4th round people had to be removed :: one participant …

3) James Shore :: one of the eventual victims :: helped others get out of the lodge to safety … but then went back in himself. He called attention to the unconscious {and “gurgling”} Kirby Brown :: and pleaded for help getting her out. None came. It also seems that it was Mr. Shore who was lifting up the back of the tent to allow more precious oxygen to creep in :: an act that likely would have prevented the deaths :: but that Mega-Prick James Ray had the audacity to call “sacrilegious.”

4) After the 8th round everyone exits. James Ray is feeling good. He goes and sits in the shade to contemplate his own greatness. James Shore :: Kirby Brown :: and Liz Neuman are all left on the floor of the death lodge.

5) Debra Mercer {whose husband built the lodge} pulled one body out the front. But needed to open up the back of the Lodge of Doom to pull out the other two bodies. Ray :: in obvious defiance of the dictionary :: also calls this an act of “sacrilege.”

6) The last four Spiritual Warrior events have all been epic fucking disasters ::

“I remember one man came out swinging and punched a woman! Soon after that he was rushed to a hospital VIA ambulance!”

7) Ray told participants that they :: “Had to surrender to death to survive it” :: Umm what?

One of Ray’s attorneys stressed that the material only tells part of the story.

“We urge fair-minded people to await the revelation of all of the facts before reaching any conclusions,” Brad Brian said in a statement.