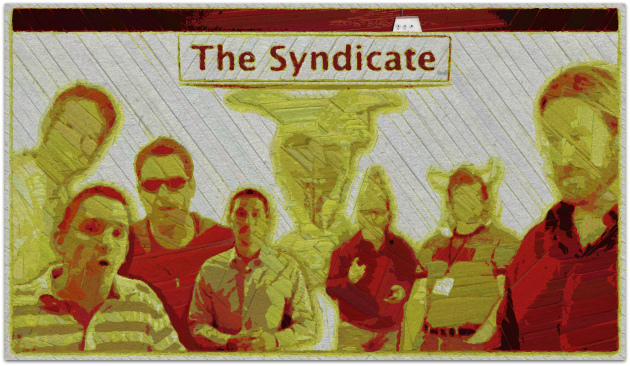 “Plans are for people who don’t have fucking syndicates!”

… says The Syndicate to itself as it sticks to the old plan :: cataclysmic {and ever growing} disruptions to that plan be damned.

The machinations behind the launch of The Video Boss :: as revealed by fake robots :: has served as the most vivid illustration to date of the corrupt and heartless tactics employed by these Syndicate windbags. But that’s not going to keep Andy Jenkins :: and his stinking-of-rot fake surfer compadres :: from releasing it again …

The Video Boss 2 – Now Even BOSSIER!

The only fair way to respond to this sort of recycled-recycled-content :: is with recycled content … now even BOSSIER!

Let’s get this recycle party started with the original Syndicate ShitStorm video :: featuring the mouth-breathing Video Boss himself. This video has been taken down {for all sorts fake reasons} no less than five times. But now :: as a special bonus for this week’s launch of The Video Boss 2 :: it’s being re-re-re-re-re-released with a brand new sophisticated introduction from some balding old white lady … don’t miss it!!

Video Boss 2 - wouldn’t it be “fucking phenomenal” if Andy could take another millon of your bucks? You know he deserves it for thinking up “Now Even BOSSIER!” :: you don’t need syndicates when you can write like that {yes you do!}.

Before Andy Bossed :: he Stompered :: and I was there with arts and inedible squashes … 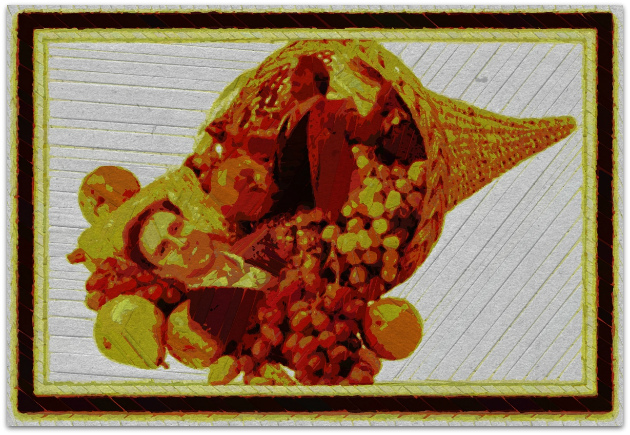 The Syndicate also liked to Stomper. If you were Syndicate :: maybe you got paid :: if you were B-team … prolly not so much.

StomperNet took in an enormous amount of other’s people money :: and acted as a sort of hub for all things Syndicate :: but Brad and Andy still managed to epic fail it while fighting over the windfalls like inbred cousins over a rich uncle’s corpse. 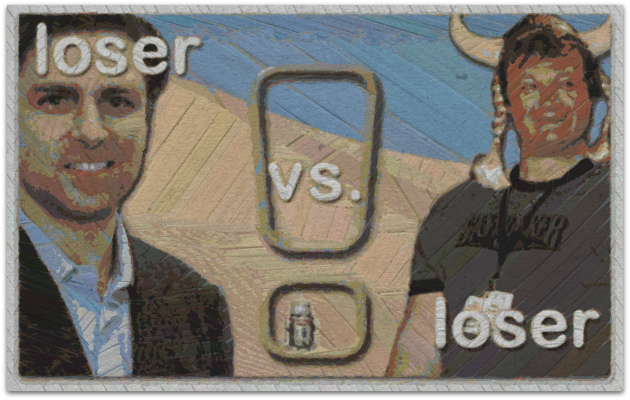 Andy broke up with StomperNet :: and in spite of his intense Brad Fallon hatred :: he was still offering his ideas and advice to the company … cause that’s how syndicates roll. 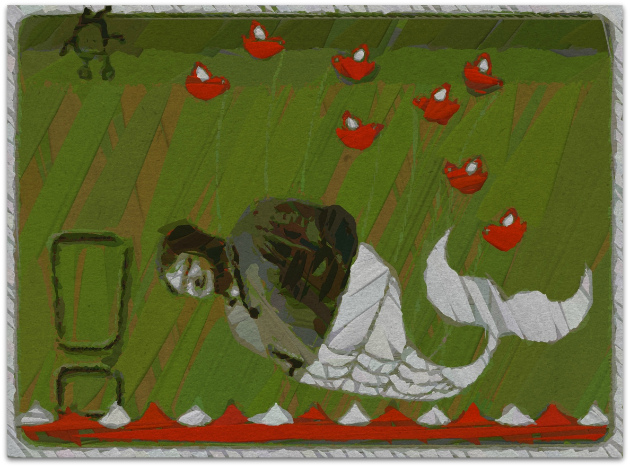 Key amongst Andy’s post-quitting tips :: add an ‘X’ to the StomperNet name {for BOSSIERness} :: and stop disrespecting the fucking Syndicate … the big breast from which all blessings flow.

Not all of Andy’s breakups have been so acrimonious and full of lawsuits. His lust fueled romp with his androgynous bouffant soulmate / twin :: Kim Jung Il :: ended with a reach-around and a tender Richard Marx accompanied snuggle session … 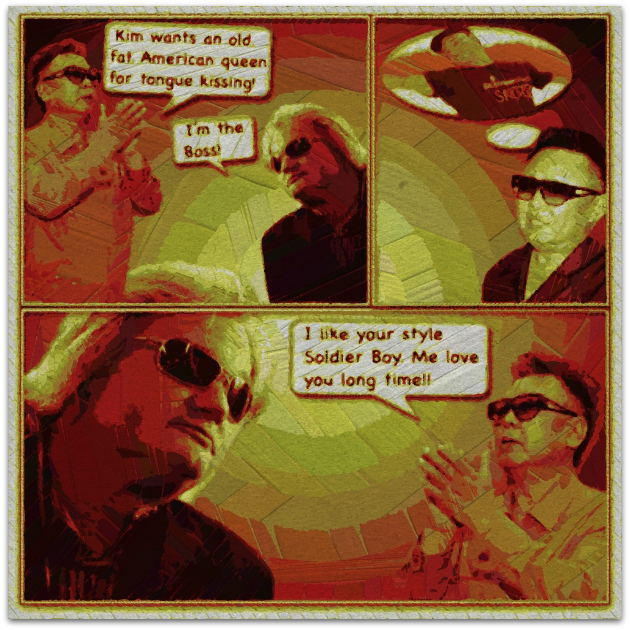 Gosh all this talk about Andy has got Andy all worked up :: he’s gonna do something about this whole Droid situation … solve everyone’s truth-teller problems … 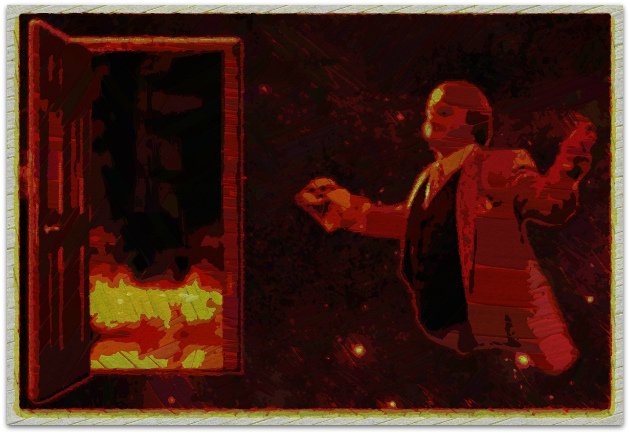 Long story short :: that wasn’t a good idea. Sometimes when you invite hell upon yourself … hell accepts.

While we were wasting time talking about hell and reach-arounds :: the even BOSSIER version of The Video Boss has sold out!

Wait :: stay calm :: that was just a lie I was telling for fun and profit …

Because saying SOLD OUT is the even BOSSIER way to say BUY THIS USELESS CRAP!

And if you act now :: or later :: or whatever :: you can get in on yet another opportunity to pay Andy Jenkins high recurring fees for something with a made up name :: and a made up purpose … 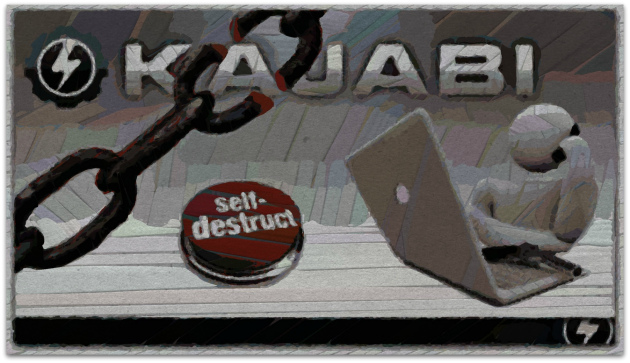 Kajabi motherfuckers! You gotz to get you some! It’s at least as important to making money online as kitty litter :: or lead-based paint.

James Arthur Ray got him some Kajabi :: and he was on Oprah and Larry King :: so you know he must know everything … 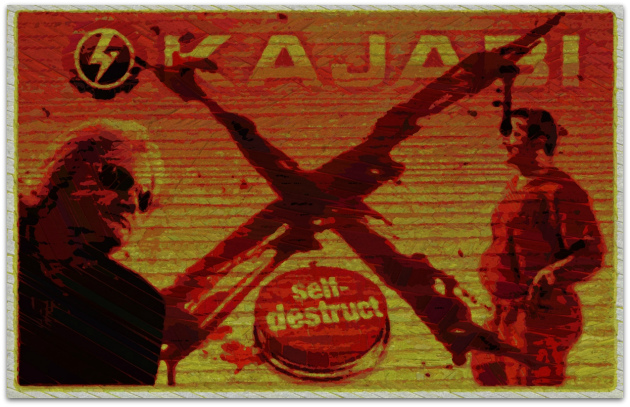 Andy doesn’t take advantage of his super-bossy “James Ray uses my junk” testimonial :: probably because of the manslaughterings and what not :: but he does like to mention how his Syndicate taint-mate Jeff Walker uses Kajabi for his “massive” launches. Walker is also a fan of The Video Boss frauduct :: or at least his children are :: as he mentioned in a recent email …

“People have been asking about “Video Boss” in the last few days. Well, I’m completely biased about this…

A little over a year ago I needed someone to shoot and edit all my video for Product Launch Formula 3.0… and I wanted my son to be that person.

I figured that he was smart, he always had an interest in video… and he needed a job. :-)

The only problem was that he didn’t have any actual EXPERIENCE with shooting or editing video.

So this is what I did - I hooked him up with Video Boss and had him go through it. I also went to Linda.com and got him some training for Adobe Premiere.

That was it… with what he learned in Video Boss, my son completely set up my video studio, shot my videos, and then produced the finished videos for PLF3… which just happened to be one of the most successful products EVER in the history of the “Internet Marketing” niche.”

Father of the Year!

Telling people they can haz Internet monies has never been easier {a child could do it} :: but producing those elusive monies remains as difficult as ever. Even if you cheat :: lie :: and steal … you’re still very likely to fail.

Andy Jenkins wants to charge you massive money for his success secrets while he’s simultaneously not succeeding.