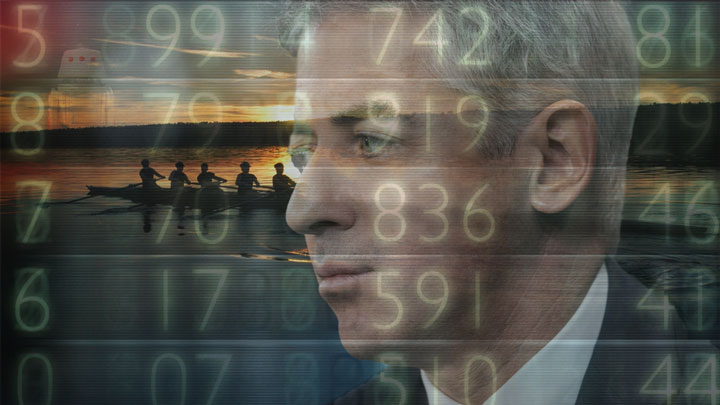 I think I’ve made a huge mistake. It’s not my fault though :: because I’m going to blame someone else … prolly my fake secretary Debbie.

It’s a bad time to be making mistakes. I just put up this sweet new website … and it’s purring like a dog that just ate a happy cat {no happy cats were harmed in the making of this sentence}. I’ve got big new ballbusting plans … and my reputation for veracity will be more important than ever.

Yet the fact is :: I got a fact wrong … and for the worst of reasons … namely … I wanted to use the word coxswain several more times than was necessary or appropriate.

Back in the 80’s :: one of Betting on Zero’s co-producers :: Devin Adair … coxswained a rowboat rowed by Bill Ackman.

Herbalife thought this 80’s crew connection was so important that they launched bettingonzero.com … and then distributed flyers about it outside Betting on Zero showings.

It’s the movie making scandal of the decade :: many people are calling it coxgate … starting right now.

Anywayz :: turns out … Bill Ackman wasn’t good enough at rowing boats to get on Devin Adair’s #1HotStuff varsity boat. Ackman never rose higher than “3rd boat” :: which doesn’t sound at all impressive … and is my new favorite thing to say.

Come on Herbalife! Seriously? They weren’t even on the same boat? So it’s just that two people involved in a movie about Wall Street … both went to Harvard? In equally shocking news …

I gave Mr. Ackman a chance to comment on this story correction. I thought he’d probably want to explain how he deserved to be at least 2ndBoat :: but was held back by discrimination against rich white men … or something?

No commenting me is so 3rdBoat.

I wonder if he’s going to ignore all my emails now … or just the ones that involve boats? Maybe the disappointment of not making best-boat scarred young Bill Ackman such that any talk of boats paralyzes him with panic? Perhaps it’s what motivated him to pedal his bike too hard … as was so uselessly chronicled by Vanity Fair.

Every distributor I’ve investigated :: every lead generation method :: every retention method … everything … fucking all of it … lies.

Herbalife is a lie.

… and Bill Ackman sucks at rowing.