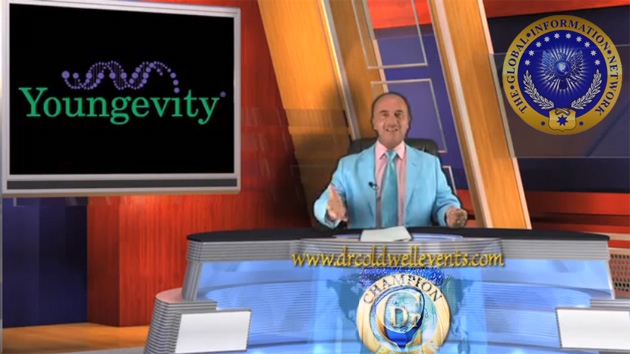 Lying is how assholes get sex. Most people won’t have sex with an asshole on purpose :: so assholes have evolved various guises and disguises to cloak their wretched stink from nice people for just long enough to steal a one night stand … or a short and ill-fated marriage that your mother totally tried to warn you against but you wouldn’t listen because he said he wanted to start an orphanage someplace fucking awful … like New Jersey.

It’s not cool {or okay even} to lie someone out of their pants :: but the whole pick-up artist “industry” is basically built on it … and in most states and countries it’s not a crime to check your decency at the door of the club and transform yourself into Art Vandelay … successful plastics professional.

In this new century information is power :: and words are force more often than force is force … but most of our laws were written for a less complex world that no longer exists. In the absence of responsive and adaptive government :: and partially consequent of our continued societal refusal to admit that manipulation is possible {/easy} … exists a festering black hole of unchecked darkness.

“Leonard never held me down, but he made me think I had to do what he said.”

… reported one of the victims of “Dr.” Leonard Coldwell to South Carolina’s Mount Pleasant Police Department.

In 2007 :: after two women came into the police station complaining about suffering strikingly similar sexual abuse at the not clean hands of NotDoctor Coldwell … Mt. Pleasant’s Detective Willis opened an investigation into Coldwell’s dubiousness … and found it.

This is the initial incident report …

For a time pervy Lenny had a “treatment room” as part of a hippie alt-med type shop outside of Charleston :: but he later moved it to the upstairs bedroom of a condo he shared with his former {much exploited} girlfriend and business partner … because he’s classy like that.

It wasn’t just customers of Coldwell’s fake services that had their lives totally changed by a series of visits to the treatment room :: it was employees … friends … commercial contacts … people from local shops … part-time contractors. Any lady/girl who got close to Leonard seemed to be a potential target.

The following horror story is Leonard Coldwell’s basic M.O. :: compiled from the statements of more victims than you can count on your fingers :: the details are merged to protect the innocent …

“I had been told by people who I trusted that Dr. Coldwell was a world-renowned expert on cancer, and on the other diseases caused by stress – which according to Dr. Coldwell is most diseases. Dr. Coldwell rarely has time to see patients and do treatments what with all his important speaking engagements and book writing.

I was flattered that an expert like Leonard had offered to give me personal treatments, but something about it didn’t feel quite right and I declined the initial offer. During later discussions with Dr. Coldwell that I felt obligated to have … I disclosed some things about my personal life and health that I wish now I hadn’t. Dr. Coldwell had a way about him that made you want to tell him things … but then he used those things against you.

As the offers for treatment became more persistent, my resistance weakened. I did have serious problems with my health/mind and I wanted to believe in healing. I wanted Dr. Coldwell to like me, his public displays of affection were quite flattering, and perhaps useful to my career in the self-help industry. He seemed to be very financially successful, so he must be doing something right, and I was frightened by some of the things he told me about my health. I didn’t even know I had cancer … but Dr. Coldwell is an expert so he must know.

When we went into the treatment room he told me to take off all my clothes. This made me very uncomfortable and I protested, but Dr. Coldwell insisted that it was necessary for my healing. If I wanted to get better I’d need to let go of my hang ups and trust him. He’s a doctor … so I took off my clothes and got on the treatment table as instructed.

Dr. Coldwell proceded to massage my lymph nodes to drain them of their acidity and renew my energy levels. Most of my problem lymphs seemed to be in the breast and pelvic regions. I think he could tell that the genital massage was making me very uncomfortable and he stopped. He said he was surprised by my stress levels. My treatment had really drained him energetically and he’d need to rest before the next treatment. But I absolutely would need another treatment because Dr. Coldwell had sensed very bad things about my health … even worse than he had anticipated.

I was afraid … and so I agreed.

“I’m going to give you something that has more energy than you can imagine,” is what he said. It sounds stupid now, but at the time, I don’t know.

I gave him the hand job … and he released his energy onto my naked stomach.

From some of the things he told me about his unhappy sex life, and his unmet desires, I think I may have gotten off lucky. Surely some of his “treatments” involved full on sexual contact. I just wanted to get the hell out of there … I just wanted to forget.

Dr. Coldwell told me that I must never tell anyone about what happened, which is fine by me, because it wasn’t exactly my finest hour. We never talked about it much afterward, but I feel on the couple of occasions we’ve had interactions over the years, he’s made sure to remind me by implication that I’d be even more embarrassed than he if what I’d let him do to me ever came to light.

I’ve never talked about this before with anyone. It’s making me very upset just thinking about it. I’d love to help bring Leonard Coldwell to justice, but not all by myself. I’ve already suffered plenty … and I fear that Leonard is a vindictive and dangerous man capable of anything. I don’t want myself, or my family, to become the focal point of his cruel rage. But please, someone needs to do something to stop Leonard Coldwell.”

One of the victims of Leonard’s “treatments” was just sixteen years old at the time :: let’s call her the babysitter … because that’s what she was when Coldwell first met her at an even younger age. The babysitter’s five days of unimaginable Leonard energies ended badly :: as you’d expect … but worse. She talked with a friend about what had happened to her a week later …

… she really didn’t seem to understand what she was doing. she also told me about her visions and about seeing a little girl and described her to me and the dress she was wearing. she was happy about this.

[she] didn’t understand that she had been violated. i had to tell her. she felt extremely stupid and dirty. she was confused. she finally realized it wasn’t her fault.”

Maybe she realized it wasn’t her fault :: I’d really like to believe that … but we’ll never know because shortly after her fake lymph-node treatments she was murdered in a seemingly unrelated {but equally horrible} incident. Bernd Klein aka Leonard Coldwell changed the arc of the babysitter’s life :: and that new arc ended before it started … thanks Bernd … youth destroyed … but at least we still have you and your cancer curing old-man testicles.

Are we fucking sad yet?

All this awful :: so many years … and nothing was done. Old fashioned laws :: old-fashioned courts :: intimidation :: fear :: embarrassment :: and greed … conspire together to keep everything as it always was regards Leonard Coldwell. The prosecutor didn’t think rape charges would stick without clear “nos” :: most of the victims were wary of participating … and had no interest in participating if the charges were going to be anything less than a serious felony.

Who can blame them for wanting to move on … for not wanting to relive the whole thing repeatedly in vivid detail? Leonard Coldwell is a sick bastard :: with a reputation for fighting dirty dirty … not trying to battle him alone was the right move for seemingly isolated damsels in distress.

But something just changed :: just now … did you feel it?

This shit is out there now like 10,000 tons of elephants :: and it’s not coming back in … you’re not isolated … you’re not alone. It wasn’t your fault :: and this tiny stupid fucking idiot is no longer a person to fear … he’s a person to mock for being nothing but a nothing. If you’ve ever wanted to go out to the barricades :: to stand on the rubble of the parts of your life that Leonard Coldwell destroyed and demand that he be brought to some justice … then now is your moment.

Cause I’ll tell you who’s out there on that barricade :: already screaming … me.

This particular police report details only a tiny time period in The Life of Leonard. But because of leopards :: and their spots … the rest of his time on Earth has prolly been filled by more of the same. You can talk about it here anonymously :: you can talk to me … I can help you decide what to do … and I’ll keep your secrets if you decide you want to do nothing. There are more of you than you think … and just talking about it is one of the most important things we can do.

This has to be stopped … whatever it takes.

NotDoctor Leonard Coldwell’s only source of meager power and income is :: like all scammers … rooted in his connection to Scamworld insiders. Without those connections he’s just a dirty old man with no job :: no skillz … and no life. Scamworld insiders don’t give a shit who you rape or murder … as long as you can build a downline. Previous rumors :: and totally credible reports … of misdeeds weren’t enough to deter people inside scamworld from doing business with Coldwell.

Cause I’ll tell you who’s going to be calling any operations or opportunities that put this piece of shit on stage :: wait for it … ME!

Go ahead Leonard :: put your tiny dirty dick in my hand and let’s see who gets healed … I fucking dare you.