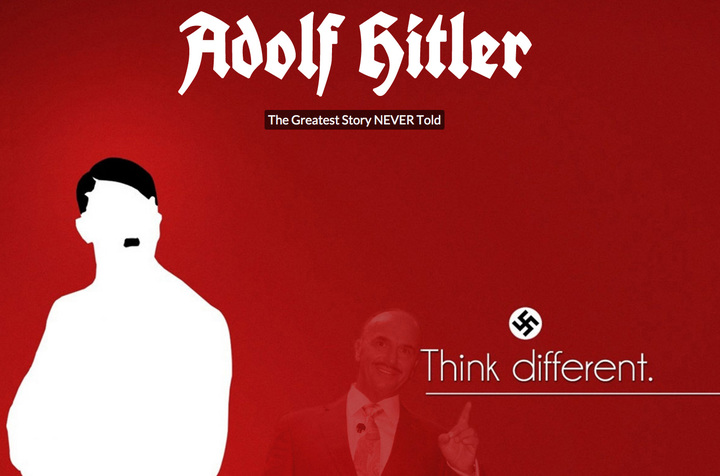 The success or failure of an independent professional’s business is closely tied to that professional’s reputation. A dentist who develops a reputation for unnecessarily pulling teeth in support of his niche line of macabre jewelry :: for example … will shortly run out of patients.

According to the various lawyers that Leonard Coldwell has hired to lose to me :: Lenny is himself just such an independent professional … one whose reputation shouldn’t be subjected to the cutting edge of my informative comedy stylings.

This from his first lawsuit against me …

LEONARD COLDWELL is considered a public figure in the area of health law and is an author, lecturer, clinician, radio and TV personality and founder of the IBMS Instinct-Based Medicine System.

He’s a “clinician” :: a two dollar word that the dictionary defines as …

a doctor having direct contact with and responsibility for patients, rather than one involved with theoretical or laboratory studies

Leonard Coldwell is a fucking clinician :: not a Kevin Trudeau dingleberry theorist … a clinician. He’s got his own patent perpetually pending palliative process to prove it.

This professional status is how Krispen Culbertson Esq. & Associates knew that it couldn’t be Coldwell posting links to disgusting and disturbing Adolf Hitler fan fiction. Says them …

You on the other hand somehow believe that an aspirant professional and self-promoting author is silly enough to commit eternal vocational suicide by posting Hitler links?

I had only mentioned the Hitler links in passing :: in a post where I was schooling Mr. Culbertson on my patent pending approach to googling the very public address of a very public person.

But it was so easy for me to believe that Coldwell posted the Hitler links :: because I saw it happen with mine own eyes … and I’d seen it happen before. When I see something happening with my eyes :: and I screencap it with my technologies … then I become a believer in the happening of that something. But what if lawyer science were to tell me otherwise?

“If I sent you an affidavit from an I.T. expert, with verifiable qualifications (he also happens to be jewish), indicating the possibility/probability of a hack through the pictures code on FB, and a probabilities evaluation that this happened with regard to Coldwell, together with a information about a credible malefactor with motive, would that have any impact on your reporting activity with regard to Coldwell?”

According to Culbertson & Associates’ hypothetical jewish math :: there’s a possibility Coldwell was hacked … apparently by a hacker intent on making Coldwell sound exactly like Coldwell. Not really how hacking works … but maybe I’m just saying that because I’m not a ridiculous idiot.

I wonder if the same motivated malefactor used Facebook’s “pictures code” to post this loveliness to Coldwell’s FB … and on Holocaust Remembrance Day no less? 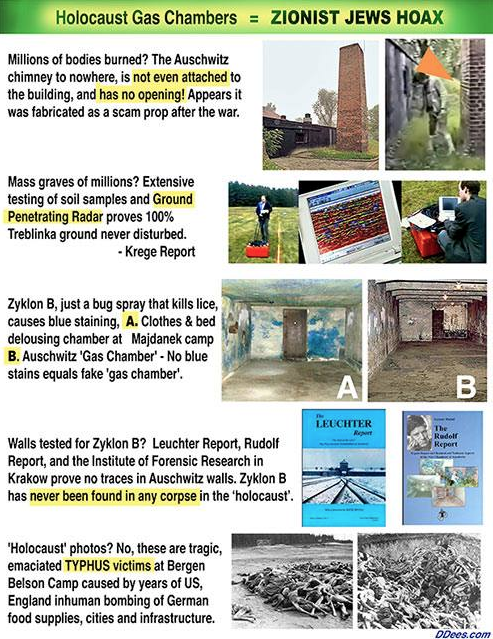 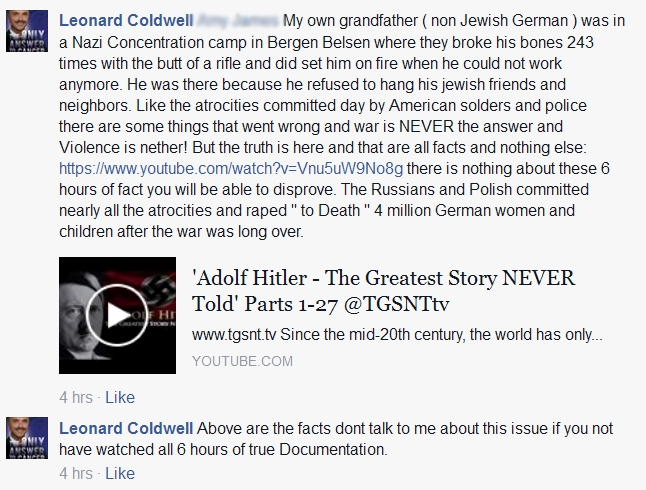 I asked Mr. Culbertson about these further examples :: but he declined to answer … I guess maybe because of the aforementioned “eternal vocational suicide” that tends to attach itself to Hitler remembrances.

Unfortunately for crazy-batshit-antisemites everywhere :: this “true Documentation” was so fucking true … that YouTube took it down. But it’s available on the bowels of the web at …

… so Mr. Coldwell’s loyal followers can still watch all twenty-seven parts and be prepared to discuss the untold value of Adolf Hitler.

Of course I’m not saying that Krispen Culbertson and William F. May are big fans of Hitler like Leonard Coldwell seems to be :: cause that would be illogical … lawyers don’t necessarily share the morality of their clients. 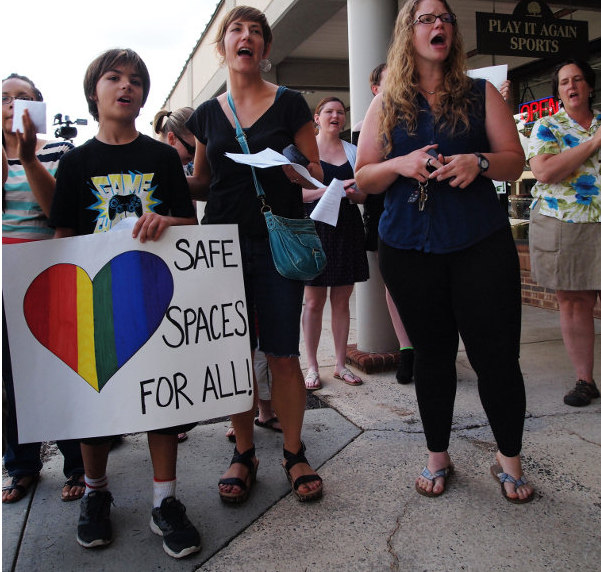 This summer Mr. Culbertson was involved in a kerfuffle that started with a married lesbian couple :: much to the chagrin of the prim and proper {white suit wearing} Mr. Culbertson … kissing in a restaurant. It ended with the police showing up … and the restaurant being protested for its seemingly ambiguous stance on homophobic assholes.

Culbertson snidely defended himself against the accusations of homophobia like this …

He’s had gay clients … he must support gay rights.

… so via the power of equivalence …

He’s had Hitler loving clients … he must love Hitler? 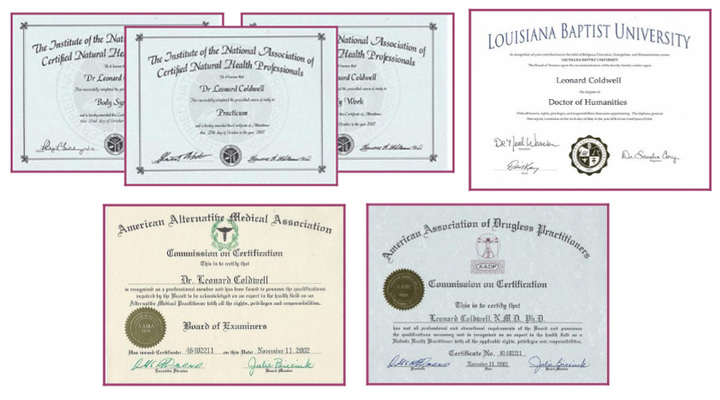 Anywayz :: enough about Hitler :: the point is … Leonard Coldwell is a professional. Only :: he’s fucking not … at all … so I guess that’s the point.

I have asked Leonard Coldwell :: publicly :: privately :: and via three different attorneys … to please provide proof that he has some sort of legit degree / professional credentialing. There is nothing easier than proving your credentials :: if you have credentials … because that’s the whole fucking function of credentials.

But no :: all I’ve ever got from “Doctor” Leonard Coldwell is weak ass threats … and grammatically indecipherable temper tantrums. Well that :: plus this pic proving his “Doctor Of Humanity” … 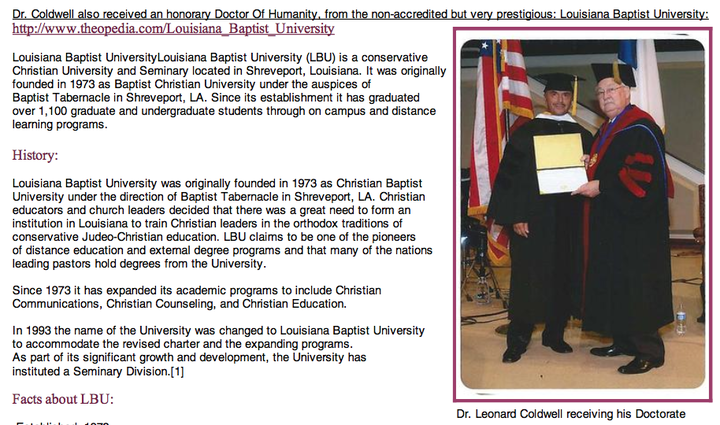 This was Leonard Coldwell’s actual public response to multiple parties calling him out as a completely unqualified poser. He’s not unqualified you guys :: he’s got an honorary degree from an unaccredited school … and now he’s officially the doctor of all fucking humanity!

It’s like how you can get your daily caloric intake requirements … by eating pictures of plastic {but still very prestigious} cheeseburgers. 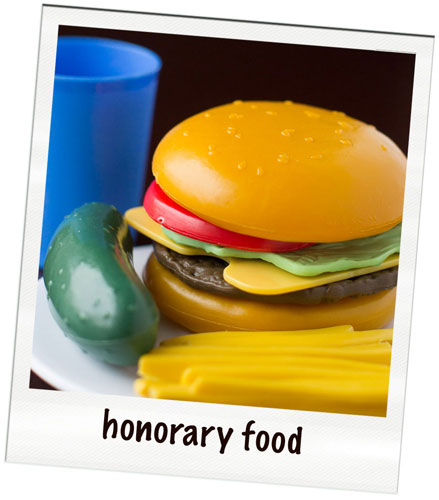