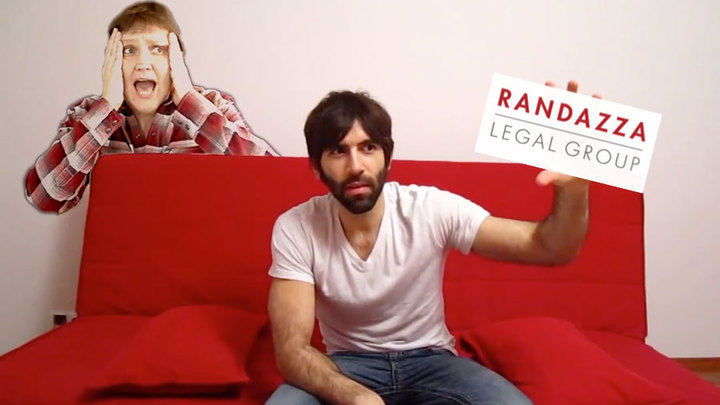 The Salty Droid is defended by the Randazza Legal Group; so make sure you think at least twice before doing anything stupid.

… warned my about::wtf? page for the last several years.

But it was a warning without an audience :: because no semi-reasonable scammer would think even once about suing this site … and nutjobs like Crystal Cox and Leonard Coldwell {both of whom have sued me} are not inclined to think at all … about anything … ever.

I had hoped that associating this site with a real fucking ball buster of an attorney might decrease the frequency of copyright claim harassment … it did not. I also hoped that by making Marc Randazza part of the site :: he might become interested enough to bite back against any of the many criminals trying to silence me … he did not.

This was the only fun thing that came of that warning …

Your website indicates you’re represented by Randazza Legal Group. I’ve contacted them regarding you, and they have not responded.

… lied Leonard Coldwell’s attorneys at Crispin Culbertson & Associates :: during one of many angry stomping tantrums they threw. I called them out on their lie :: part of my effort to fill all their time between angry stomping … with uncomfortable squirming.

I didn’t lie. A staff member was assigned that task. She did so… I’ll check with her tomorrow and obtain a copy of the email, not that I can see what difference this makes.

Oh sure :: cool … I’ll just hang out here and do some maths while I wait for the evidence.

I texted Maria and she checked her emails remotely. The email to Randazza was not sent. She gets very busy and it was an oversight…

However, you have my open and professional apology if this caused you to feel misled in any way. Every professional will make mistakes.

Dishonest ones will try to cover them up. We don’t have any need to do so.

Culbertson wanted me to “settle” Leonard Coldwell’s frivolous and ridiculous lawsuit by taking down a post detailing allegations of Coldwell’s gross sexual misconduct.

I want you to consider resolving this law suit. The use of the word ‘settlement’ is not a necessary component. If you choose to remove the material I previously described, and agree to refrain from republication of it, I will recommend dismissal of you from this law suit.

Just agree to a full takedown of my research based content :: aka my worst case scenario … and they’ll take me off their dumbass lawsuit.

You might also wish to check your ethics rules. You are required to respond to settlement offers within a reasonable time.

SD: I reject your “settlement” offer … such as it is. I do not negotiate with scammers. I do not make oral or written agreements with scammers. This is not a settlement discussion. You want me off this lawsuit? Take me off. Otherwise :: yeah … let’s totally litigate!

If The Salty Droid is going to back down under the old-man-scrotum-heat of Leonard Coldwell’s constant legal posturing … then what hope of Coldwell’s past or future victims ever finding the courage to make their own stands for truth?

If I back down to one terrorist … then here comes three more fucking terrorists.

This kind of lawsuit is never just about the lawsuit :: it’s about establishing battle lines … about sending signals that will echo across the ether for years after the case concludes. 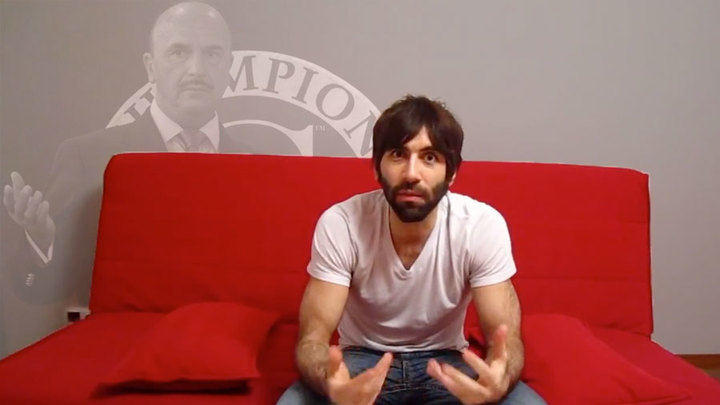 the math of silence

Crispen Culbertson wanted to develop a law practice around that sad math. The price of litigation is so much higher than the value most people assign to their own complaint or dissent :: that just the whiff of a lawyer :: or hint of a lawsuit … has your average dissenter running for the hills.

Culbertson wasn’t watching the math closely enough … and rammed himself full speed against my adamantium walls. He didn’t just lose the Coldwell case :: he found himself running for the fucking hills as well …

So, it seems you were right, without being effective about being right. Being legally reactive to defamation is a bad idea. Sometimes, defamation isn’t defamation. As a lawyer, you have to know when to let the journalistic process just work itself out. I’m out of SEO, I’m out of internet defamation.

For months I was incredibly intolerable to Mr. Culbertson :: poking him into quivering jello … because I value speech so highly … and think these kinds of cases are the pretty much the worst thing a lawyer can do.

Founding member of the The Syndicate :: Debbie Eben DeAngelo Pagan … made his monies in pick-up. Here’s me :: year one of the fake robot … thrashing Harlan Kilstein’s sales letter for Frank Kern’s launch of Neil Strauss’ Annihilation Method.

Neil was a writer for The New York Times … back before bragging about banging bitches became his jam. His book about PUA :: ‘The Game’ … was published in 2005 by ReganBooks :: which is owned by HarperCollins :: which is owned by News Corporation :: which is to say … all the heads of the multi-headed media monster are feeding on this retrograde hate money. 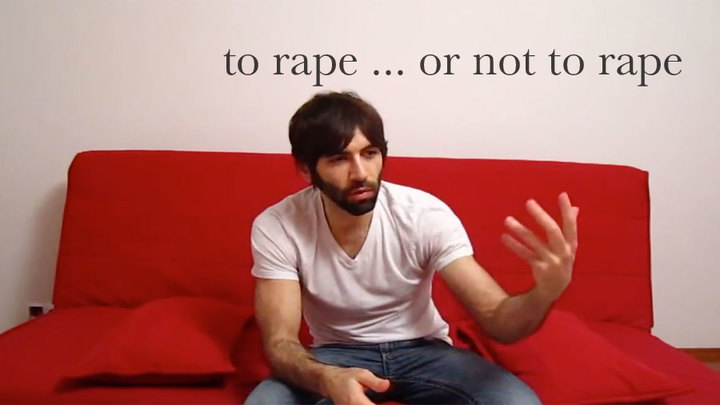 Recently Satan has granted Roosh V {in reward for his faithful service} the 15min of infamy he’s been pray/masturbating for since before he was a glimmer in his mother’s suburban basement. Roosh was organizing some kind of multi-country meet-up / angry sausage party {or something … i don’t care} … when a viral shitstorm of media companies :: politicians :: social media opportunists … etc. decided to herd swarm him for something that’s been going on forevs. 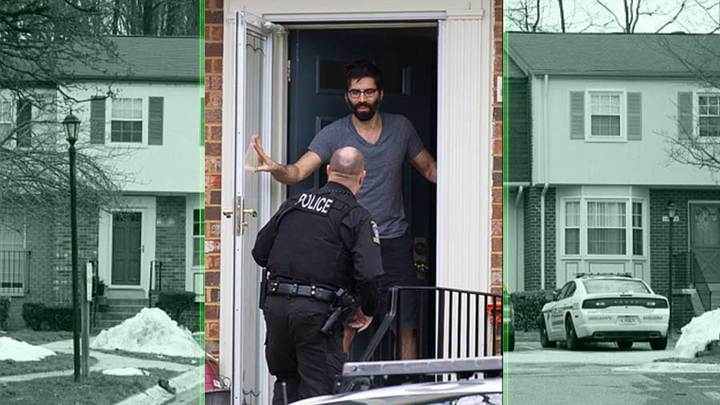 Disheveled: Dressed in a t-shirt with sweat-stained armpits, and shorts, Daryush Valizadeh was seen for the first time since the storm erupted over his ‘pro-rape’ views

Today, dressed in a stained T-shirt and shorts and living in the basement of his mother’s home, he was concerned for his safety.

He said he had received death threats from around the world. He played officers voicemails left on his phone and showed them emails.

Rape is always what results from the patterned objectification and dehumanization of women. Wrapped inside self-help packaging and manipulation marketed to the saddest of sad men … it’s a recipe for an ongoing disaster. It doesn’t matter if it’s the gurus or their marks doing the raping … rapes have been oozing out of this garbage for more than a decade.

Fraud begets violence by decreasing system stability and increasing desperation. Violence {especially in the form of suicide} is a predictable outcome of large scale organized fraud. But PUA fraud converts white collar crime into violent crime like nothing else.

Roosh V says he’s never raped anyone :: which I assume means he’s a virgin :: because I’ve a hard time believing that any fully conscious women could ‘bang’ a dude with such grotesque finger hair. I wonder if monkey like finger hair prevents a person from practicing the ancient not-art of finger healing?

In February 2016 S. Jane Gari wrote a blog post accusing Roosh V of having been accused of rape by a woman in Iceland. Roosh V :: pits stained sweaty :: and fearing damage to his reputation as one of the world’s biggest pieces of monkey-haired-shit … denies the accusations and retains Randazza to threaten legal action.

One of the seven manly steps of masculine macho action :: apparently … suing little ladies for their big mean blog typings. 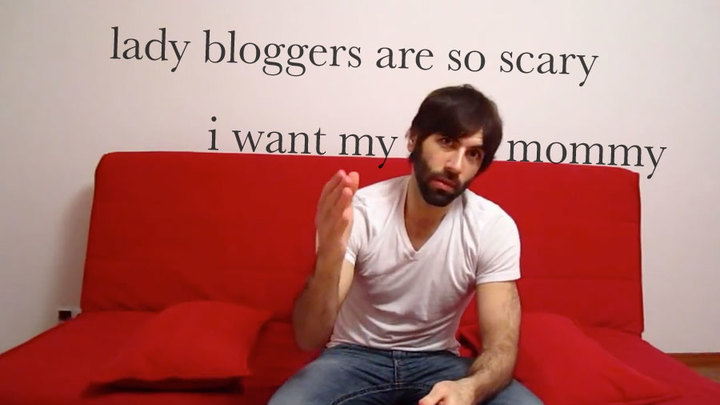 Mr. Randazza and I had a long chat about about this shit situation … and I tried to keep my fucking head from exploding. This is how I understand his position …

I do not see any First Amendment value in accusing someone (falsely) of rape due to political and social disagreement with him. That’s what this is about. Its not the first false charge defamation case I’ve handled… If someone is falsely accused of a crime to smear their reputation, I have no qualms about helping them. I am not an absolutist.

I’m not an absolutist either :: I fucking hate lies … and I don’t think fraudulent commercial speech has any First Amendment value.

But anti-speech cases have deep and unpredictable consequences for speech across the spectrum. There’s a definite downside to bringing defamation cases … even where the speech in question is not truthful.

The only speech that should be chilled by this case is someone falsely accusing another of a crime.

This case can’t restore any reputation damage done to Roosh V … because his reputation for not raping is worth exactly as much as his post about legalizing rape.

But this case can :: and will … help Roosh V do what Roosh V does.

Of course, I do see the “manipulation” - yes, he convinces minions of men that he has the answer to their problems, so they shell out money to him. So what? That’s every self-help author and talk show host since the beginning of time.

And in answer to the question :: “So what?” … may I please refer you to an authoritative website on the subject?

I hear it’s in need of a new lawyer.