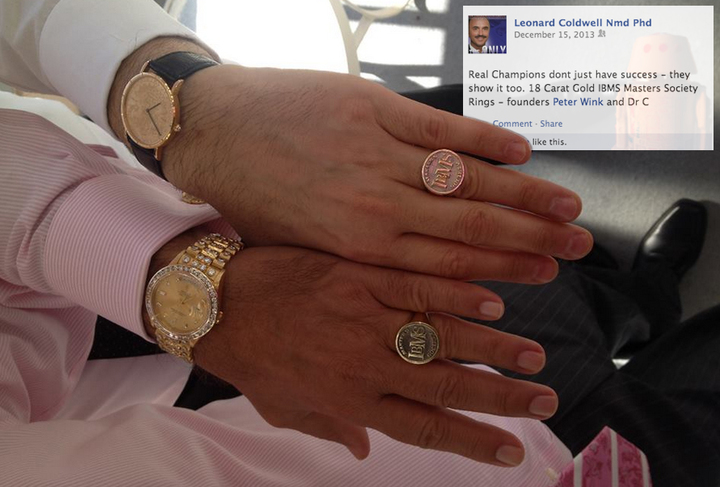 I just love to look at this picture and go :: wow … dumb.

It’s Leonard Coldwell and Peter Wink :: “Real Champion” castaways of Kevin Trudeau … showing off their suckcessfulness by modeling their matching IBMS Masters Society wedding rings. This must be the engagement photo … 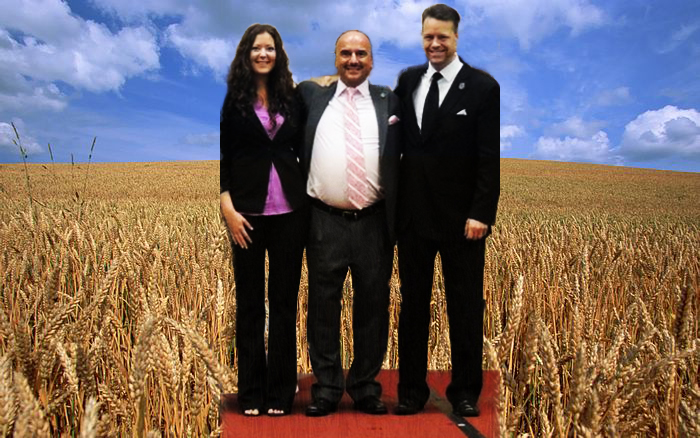 … I’d hate to presume :: but it sure looks like Lenny is already between 8 and 28 months pregnant. Here’s wishing the happy couple up to 18 carrots worth of happiness.

In case you’re new to the story :: IBMS stands for … uhm … something … and you should give Leonard Coldwell your money for it. He has four doctor degrees and can cure any cancer within weeks {he says so himself!} … give him your monies.

But I guess he loves me or something :: because he keeps semi-suing me with softball lawyers … years after the deed which I have done.

Last time Leonard sued me :: he failed highlariously miserably … so natch he wants another taste. Here’s all the beef from his latest gem of a suit …

Police reports and commentary huh? Sorta sounds like the opposite of libel … but maybe I’m just saying that because I don’t have the powerful strong book learnin’ of Lenny Coldwell and his cracked legal team.

So yeah :: this is happening … again.