A fine piece of {shit} Internet Marketing recently featured on The Colbert Report. Congrats to Bill Heid for being mocked on cable :: an honor for which there should be an associated medal or something.

“You don’t have to be an Old Testament prophet to see what’s going on all around us. A belligerent lower class demanding handouts. A rapidly diminishing middle class crippled by police state bureaucracy. An aloof, ruling elite that has introduced us to an emerging totalitarianism which seeks control over every aspect of our lives.”

You don’t HAVE to be an Old Testament prophet :: but it would seriously help. For instance :: if you’ve recently spent any amount of time living inside of a giant whale :: then you’ll likely have an easier time “seeing” things from this paint huffing perspective.

But Bill’s not some sissy liberal vegan fag :: he knows that even during an apocalyptic crisis patriotic Americans will need to eat them some meat. That’s why he also sells the $200 Crisis Cooker :: which utilizes his patented FireIzHot system in combination with the proprietary HeatRises™ technology in order to effectively transform food into its highly desirable non-raw form. 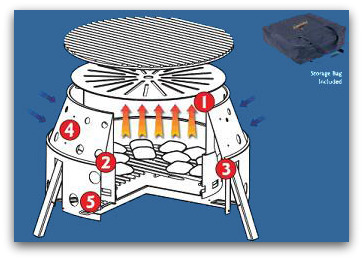 “P.S.S. Don’t forget to start buying bags of charcoal while you can. Buy a few bags at a time so as not to grow suspicion.”

Seriously people :: grow crisis gardens :: not suspicion. Suspicion requires far too much fertilizer :: and only yields empty calories that go right to the beer gut.

Not convinced that Obama is going to usher in the {Charcoal and Arable Land Still Available} End Times? That’s cool :: then rather than buying this horribly worthless shite :: you can sell it to folk more fearful than yourself by signing up for Bill’s affiliate program :: tactfully called Huge Wads of Money …

But it wasn’t until the economic crisis began in 2007 that I found a vein of pure gold. As the world economy came to a screeching halt and the credit markets shut down, I stumbled upon the most successful formula of my 30 plus in direct marketing, and this is your lucky day, because I’m about to share with you exactly what that secret is.”

Spoiler Alert :: the secret is fear mongering. And with fear mongering {unlike many other kinds of mongering} you can sleep well knowing that …

“In addition to earning a great passive income, you’ll have the knowledge that you are providing solutions with real value, not just digital products with questionable worth.”

Exactly :: because if the problem doesn’t actually exist :: then any “solution” has “worth.”

“It doesn’t matter whether you share the same world view as these customers or not… but you’d be a fool to ignore the birth of a massive new industry right before our eyes!

And the worse things get, the better you’ll do, because many consumers are just now becoming aware of their dependence on a way of life which may be gone forever and which will require a dramatic process of education and preparation.”

Because if you can’t exploit people when they are afraid and down on their luck :: then when can you exploit them? If not now :: then when?

Oh and one last thing {speaking of digital products with questionable worth} :: Bill reminds you to HIDE YOUR FUCKING GUNS :: OMG!! :: Hurry … fake time is running out! 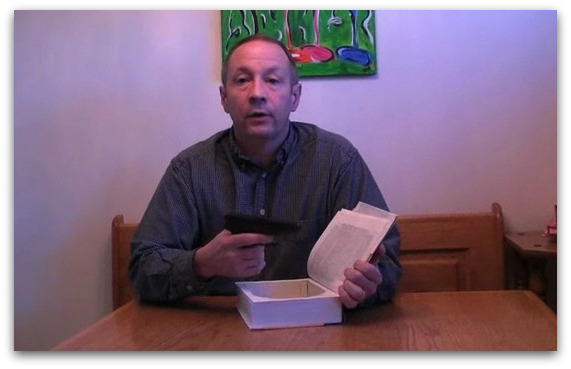 “If you’re shocked by straight talk about the nature of the crisis facing our country, this book may not be for you. And if you’re a liberal and are offended by talk about God and country, this is definitely not for you.

However, if you fear the direction our country is headed and you are the kind of patriotic American who wants to take responsibility for your loved ones, read on…

In Hide Your Guns, I explain exactly how you can use creative techniques to hide things, even if you’re renting your house or don’t want to do any major remodeling … As the crisis facing our country grows more serious by the day, the need for a weapons or a food cache outside of our homes becomes more necessary.” 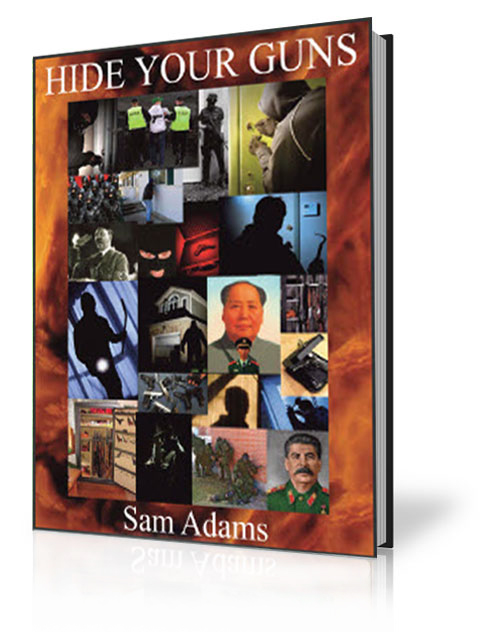 Act Now before the Blacks n’ Jews find your Luger P08 :: and Hitler is forced to roll over in his grave.