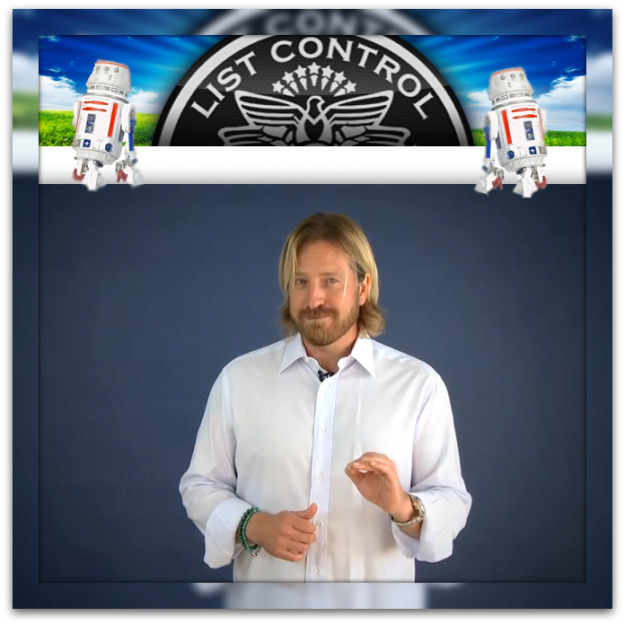 I’m sure you’ve heard by now that my good friend Frank Kern has just launched a hot new product that has everybody and their mothers {literally!} talking. I mean if you can’t feel the HEAT that’s emanating off this thing deep in your loins :: then you probably don’t have any loins. All the top guys are promoting it :: followed closely by all the wannabee bitches :: and the wannabee wannabees. Everyone who is anyone :: and everyone who is no one :: they can’t ALL be wrong. Can they? And maybe it’s time that I soften my position anyway. Isn’t there already enough fucking hate out there?

Frank and I have had our differences in the past. Like maybe I said he was a shit eating exploiter :: that he was worth less than dirt :: that the hair and the drawl couldn’t hide the parasitism in his eyes :: that he and his circle jerking co-conspirators had caused a staggering {fucking criminal} amount of harm :: and that he should be brought swiftly to the kick-in-the-nuts justice he so richly deserves. But whatevs :: water under the decaying bridge.

Frank is obviously a genius marketer :: credit where credit is due. I used to think that success in this industry was all about getting into The Syndicate :: where prices and social value could be fixed without reference to reality. But I see now that I was wrong. It’s obviously all about whatever Frank teaches in his new digital-only wonder product List Control. Frank is the #1 guy at list building :: which is why I have decided :: somewhat reluctantly :: to support this product.

I’m sure many of you sissies are going to be disappointed that I’ve decided to be an affiliate for List Control. But hey :: fuck you! I’ve got to get paid too. You think it’s easy being such a totally dope Droid? Well it’s not. This product is $2,000!! Which is a hell of deal if you are ready to make an investment in your future :: or even if you just want to have a better life where everything isn’t so scary and shitty :: or whatever. But more importantly :: I’ve used my market power to negotiate a higher affiliate commission on my sales than you average shoe shiners can get. I’m getting 50% per sale :: and you can bet your sweet naive ass that I’ll be collecting every fucking cent of that. Cause :: in case you hadn’t noticed :: I’m a scary scary BadAss.

So BUY BUY BUY List Control. It’s the best blah blah blah. And you know it! Frank is the top blah blah in marketing :: and you NEED to be in on this if you want to blah blah blah. I’m mean seriously :: you’ve got to be crazy to miss this. And Frank’s doing something he’s never done before which has the whole Internet Marketing community crying :: “Blah blah blah” :: He’s holding a special THREE DAY blah blah blah. All the top blah blah and etc. etc. Anywayz :: fuck you :: it doesn’t matter because you know you’re going to buy it anyway … so you might as well …

BUY IT WITH MY FUCKING LINK

… and then you’ll be supporting justice. Sure it’s slightly less virgin white justice now :: but it’s still justice. Tainted justice is the best we can do anyway :: GROW UP!!

Of course :: I understand that if you buy from one of the other RockStar Gurus you’ll get all sorts of cool bonuses. It’s a little embarrassing that I don’t have my own {recently priced in the multi-thousands} product that I can suddenly give away. It makes me look like such a fucking n00b. I mean check out this wicked generous bonus that Ryan Deiss is offering …

… he’s giving away his three most expensively priced programs to people who purchase List Control through his link. It’s funny because two of the products :: The Wholesale Traffic System … and Social Media Money System :: were taken off the market when Perry Belcher suddenly retired last year. For some reason :: I was under the impression that those products wouldn’t be making a return to commerce. But I guess I was mistaken.

Depressing :: how can a lowly Droid compete with such valuable {and rare!} bonuses? Then it hit me like a load of d-bag turds :: I have the rights to distribute a Perry Belcher product myself. And it’s even more rare than the SMMS.

In January of 2009 Perry Belcher sent an email to a select group of circle jerks. The email outlined the simple strategy that Belcher was using to game Twitter. It is much more honest and complete than the dumbed down version that he and Ryan sold for $2000 as the Social Media Money System. Most of the top affiliates for SMMS had seen this email :: and knew that Perry’s income claims were based on money he made selling fake medicines … NOT with social media. But many :: including #1 winner Frank Kern :: promoted him anyway.

Now this incredible report is yours FREE :: just for buying List Control via my link {honor system!}.

From: Perry Belcher perrybelcher@gmail.com
Date: Tue, Jan 20, 2009 at 2:35 AM
Subject: How to get many fucking twitter followers A-Z

A. Be a bad muthafucka!
B. Follow other guru’s list. It’s public an everyone’s list is wide open 35% will follow back*
C. Delete assholes that don’t follow you within 7 days w/TwitterKarma or friendorfollow*
D. Never go over 1.5 factor following to followers
E. Follow most all that follow you *
F. Follow people who have tweeted in the last few minutes *
G. Use search.twitter.com to search peeps talking about you or any subject *
H. Use Tweetdeck to manage your Tweeting
I. Follow feeders, people who collect followers my last 5000 followers are sheep like rabid followers from @bigrichb and they will follow anybody. His top 5 in his favorites list are feeders *
J. Ask an assload of open questions form here * http://dating.suite101.com/article.cfm/unique_conversation_starters
K. Ask for peoples help a lot. Name my dog, help me choose a logo etc…
L. Respond to the best answers with follow up questions
M. Post top rated shit from digg, popurls and alltop that has already been proven to be interesting. They will think you are a fuckin’ genius *
N. Re-Tweet good shit for people with over 1000 followers a few times then ask them to RT your shit *
O. Post Videos on YouTube and tweet about them. I have one with 40,000 views *
P. Watch this video http://www.youtube.com/watch?v=zn1cspHx7DU&feature=channel_page
Q. Compliment the girls *
R. Post stupid shit you do.
S. 30% Humor, 30% Personal , 20% Random Content (LifeHacker) shit 10% Biz
T. Push users to FaceBook friends or Fan page I have 4000 friends, 1200 fans and 500 in a social media association there
U. Make your outbound link your blog or facebook or set up a links page like mine at http://twitter.com/perrybelcher
V. Mask affiliate links in Budurl.com
W. Tell them to comment, rate etc…videos, blog posts and shit
X. Get a chick to do most of this shit for you that has a * by it
Y. Show them lots of pictures of cocks
Z. Repeat y