The Floportunity of a Lifetime 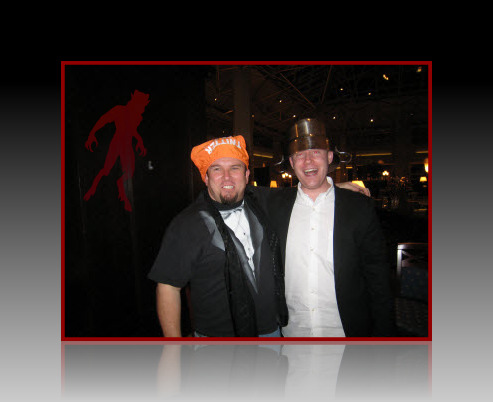 Today is the official launch of Evil Jowls Perry Belcher’s new Frauduct :: FatBoy’s Got Bills :: No wait … that’s not it … it’s the Social Media Money System :: which is even stupider.

Due to the power of Perry’s stupidity :: The Salty Droid was able to access this entire program free of charge more than a week ago {and you can too!}. Nothing less than my {fake} devotion to you :: my foolish reader :: Gave me the temerity and will power required to actually listen to a large portion of this program. It was a harrowing experience in which several times I feared I might actually fucking perish from** stupid-overload**. But I have survived to tell you the tale :: And I’m sure the flashbacks will cease within a couple of months.

Non-Legal Disclaimer :: I DO NOT need to view these programs to know that they are rubbish. And in the case of Magnificent D-Bag Extraordinaire Perry Belcher :: The quality level of the content is absolutely fucking irrelevant. Evil Jowls just completed a decade long scam in which he **STOLE **hundreds of thousands of dollars from the sick :: Even if he produced {quell laughter} quality content :: He does not deserve ANYONE’S business. Never-the-less :: I have viewed this particular turd :: So let’s have some girl talk about it.

First, the program has incredibly low production values. Most of videos are just lazy screen captures of Perry’s desktop :: or slow moving text only slides. The content will take up 8-10 hours of your precious time :: But it could easily be cut down to about 10 minutes. Here goes ::

:: Core ideas {obvious overstatement} of this program are ::

That’s it! Poorly presented and replete with LIES, errors, and a fundamental misunderstanding about how Social Media works {all to be hilariously detailed later}. There are no secrets, no hidden jackpots, no new or interesting strategies. It’s just Perry :: Taking your goddamn money :: Again.

I was expecting almost nothing :: Yet I was disappointed. If you’ve already paid :: Get a refund. If you haven’t paid :: download it for FREE {here}. If the free download has dried up :: Save your money and gain wisdom just by NOT LISTENING to idiot FELON Perry Belcher.