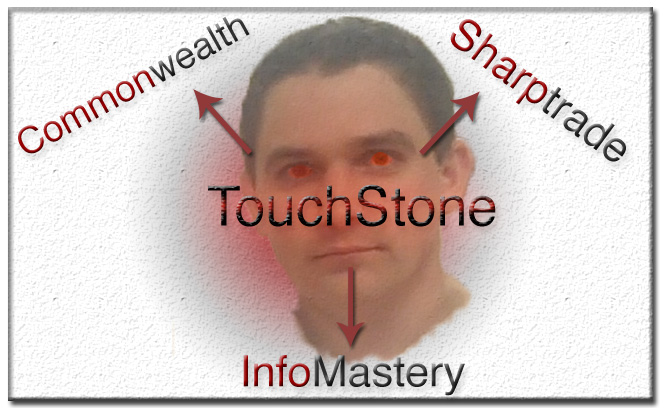 Infomastery :: Legends of American business! They’ve retained Fulbright & Jaworski to silence my speech :: So they must truly “have it goin’ on” :: Let’s inspectify their Texas Tax Franchise Public Information Report to find out more about them :: and let’s add some fucking profanity to this fucking post so that people won’t die of mind numbing boredom ::

Thank you for that fine Information Texas Secretary of State. I should get myself a secretary as well :: I have my fake secretary Debbie :: But she’s terrible …

:: Shut up Debbie! Stop contradicting me in public! ::

Ryan PatsyBoy Deiss is listed as the sole managing member of Infomastery. That’s sad for Perry Belcher :: If you look at this charming list of Infomastery “products” you’ll see that half of them are the brain farts of poor overlooked Evil Jowls {link}. When will he get the credit that he deserves?

Fortunately for Perry :: Infomastery is just the puppet of Touchstone LLC :: Which owns a 100% interest. Maybe Fat Perry will get his props on the Touchstone documentation. Sexy Texas Secretary :: Show us what you got!

Ah, that’s a shame :: Still just Ryan. But look how big and important Touchstone is … oo la la! Along with owning 100% of Infomastery :: Its also owns half of Sharptrade, Commonwealth, and Mail Sonar. Mail Sonar doesn’t seem to actually exist {making it Ryan’s BEST company by far} :: But our new favorite Secretary has boring documentation for the other two {No Debbie :: I wasn’t talking about you … and that is the SECOND time you’ve interrupted me}.

Commonwealth lists Ryan PatsyBoy Deiss and Nathan Hopkins as the managing members. Commonwealth’s primary “product” is a rarely visited website called the 3xMethod which Ryan hypes as a success story on some of his other scam pages. It’s some kind of weight loss / fitness program that Nathan is qualified to teach and sell by virtue of the fact that he used to be fat {and will be again}. Nathan is standing to Belcher’s right in this promotional video for Social Media Money System {link} :: A screen shot from that bizarre video already appeared on this blog. Hopkins is described as Belcher’s “Affiliate Manager” :: So I guess Commonwealth and 3xMethod have yet to produce Six, Seven, or even Eight figure incomes even though Nathan has access to some of the “top minds” in Internet Marketing. 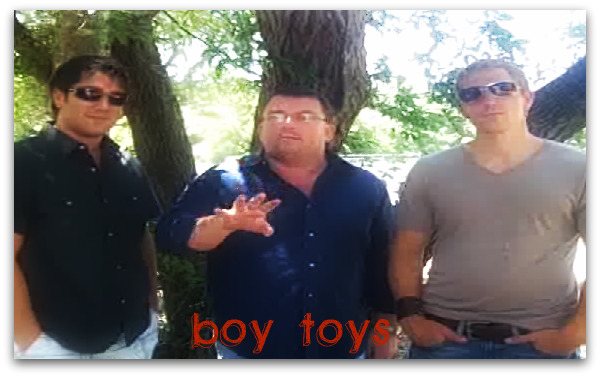 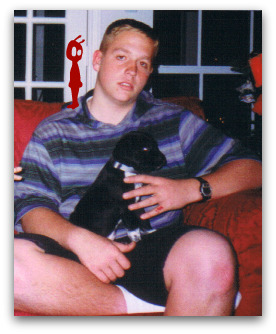 Maybe Perry can have just a tiny little taste of official membership in Sharptrade :: It’s his last chance :: Nope! It’s PatsyBoy and Jason Fielder. After attending Harvard, Yale, then back to Harvard, Stanford, Yale, and finally a triple PhD in Smartness Studies from Oxford :: Jason Fielder created Triad Trading ::

Hmmmm :: Those kind of sound like lies :: I don’t want to take too bold a stand here for fear of stepping on toes :: But yeah … I’m pretty sure those are obvious fucking lies to anyone who can count to ten with less than three hints from Mom.

So far these all seem like scam companies :: But Touchstone is the MotherShip :: She must sell something useful like tires or organic eggs.

Internet Cash Machines :: Just turn it on for riches :: Duh!

Ultimate List Building Bootcamp :: Act Now! This $2000 offer has only been available for three years :: It could sell out at any moment!

And personal favorite of The Droid :: ScamsNet – “Protecting YOU by exposing the worst of the web” :: Wow Ryan … I had no idea you were such a fucking humanitarian :: Only a true hero would dare battle the scammers to help people he doesn’t know :: I apologize to your honor.

Still not convinced? Well how about if I throw in this Better Business Bureau F RATING for Touchstone Publishing FREE of charge?

Maybe Ryan PatsyBoy Deiss should wave a couple more bucks under the nose of Fulbright & Jaworski Partner Paul Trahan :: Perhaps he could be convinced to file some false DMCA claims against the BBB :: Those bastards have it coming!