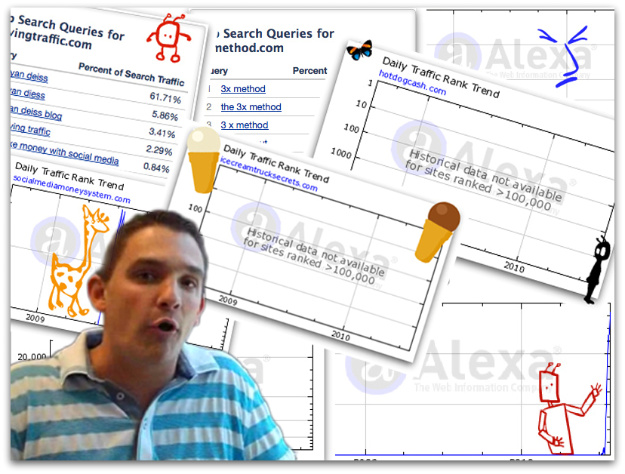 Ryan Deiss’ Perpetual Traffic Formula :: just take a moment to savor the name :: Google that is … I’m talking to you Google GOD DAMN IT. Savor the fucking name!!

“What name?” asks the spirit of Google via a Lily Dale medium.

{and done for realz.}

“They” say that 80% of SEO is negging on Google :: keeping her interested but insecure …

Yo Google :: Python’s a cool programming language … open and sophisticated … yet simple and reliable. It’s too bad it makes your ass look so fat in those jeans.

Oh snap! Google blushes … and then … who knows? I don’t kiss and tell {binary style!}.

Okay maybe “they” don’t say that about SEO. It’s pretty stupid actually. I confess to making it all up just now to fill space. Which reminds me of Ryan Deiss and his Perpetual Traffic Formula.

Just a couple of months ago Ryan was talking about how SEO was worthless … and about how badly he sucked at it. He couldn’t keep from getting ripped off three consecutive times …

A recent post illustrated :: with graphs and giraffes :: that Ryan wasn’t practicing what he was charging $2000 to preach. The people started talking … mostly about Justin Bieber … but also a little bit about Droid v. Deiss.

If you want to buy from a person who always has another new product with a secret short cut to sell, Ryan is THE guy.

A ringing endorsement! Who doesn’t love short cuts … especially secret ones? In fact :: I’ll give you my secret short cut for getting ass loads of free traffic … ready? It’s gonna totally blow your mind and change the way Internet Marketing is done FOREVER. The Secret … get a link from Aaron Wall at SEOBook!

It works like this … Aaron links to your blog. Boom! You have way more traffic than normal. Now just do that every day … forever … success!! Incidentally :: read this post of Aaron’s about Internet Marketing more generally :: it’s a classic :: and it has lots of pictures for you lame brains.

To be fair :: some people with a financial interest in the success of this frauduct say that I’m not being fair. How dare I judge Ryan’s marketing capabilities based only on his own words :: and the objective record of his last four product launches. It’s just graphs and videos :: where’s the proof? Maybe Ryan’s the King of perpetual SEO traffic in all his other niches.

Shut up stupid people! Did you hear me ask for your worthless opinions? Do you see me ending posts with open ended calls to action?

“So what do you guys think of the new iPad? Let me know in the comments below.”

No! GayTastic! Fuck that. If you are going to come in here and shoot your mouth off … make sure that you’re at least half-cocked. But anywayz :: I love being right :: so let’s do look a little deeper into Ryan Deiss’ perpetual free traffic generating prowess. Okay half-cocked dummies?

Ryan’s main site is DrivingScammyTraffic dot com :: he uses it as a hub to push all his other crap. Currently the site’s sidebar pushes the four frauducts discussed in the last Ryan Deiss post. DrivingTraffic gets less than 10% of its total traffic from search. What search traffic there is … comes in from these hot hot keywords … 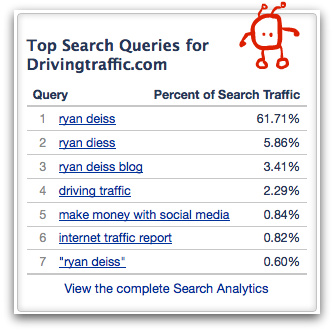 Of the small percentage of traffic Ryan “drives” to his site with search :: the vast majority is on his name … or on the name of his site. That’s not SEO … that’s easy. Unless your name is “Cheap Digital Camera” … ranking in Google shouldn’t take more than a Wordpress site … and a week. And remember that people are searching for “Ryan Deiss” … not because of anything he’s accomplished … but because he is PAYING to get his name out there. Seminars :: JV’s :: email blasts :: ads on every known medium. It’s not free traffic.

What about “make money with social media”? Seems like that could be a valuable term even though it’s driving an inconsequential amount of traffic. But that’s not “free” traffic either. That term is a remnant of Perry and Ryan’s nose-dive of a launch for the Social Media Money System … which was heavily promoted via paid mechanisms. SMMS was another of Ryan’s blatant frauds. “The Secret” unicorn of that $3000 frauduct was supposed to be Twitter follow spamming … as outlined months earlier by red neck woman hater :: and convicted felon :: Perry Belcher in this email to fellow assholes.

Ryan’s site gets top spot in Google for “make money with social media” :: but the hit is to this ancient post of Evil Jowls talking about how he makes money from social media {which he doesn’t!}. The sales funnel for that particular lie has been shut down … so the {minimal} traffic from the search is rendered useless. 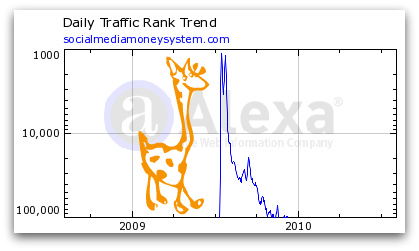 Of course :: Ryan’s also made trillions of dollars in the Forex “business”. Right? 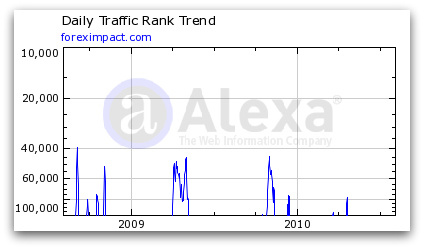 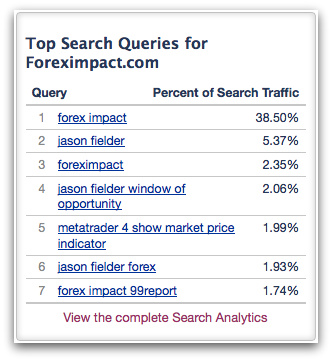 Again :: only branded keywords. Nothing general :: free :: perpetual :: or useful. 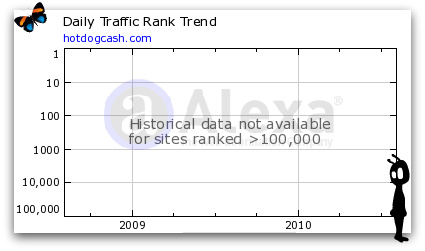 Ice cream truck secrets? In it to SEO win it? 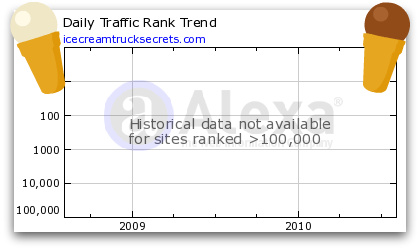 Maybe Fat Nathan’s 3XMethod can be the savior … as some genius over at the Warrior Forum suggested without looking. 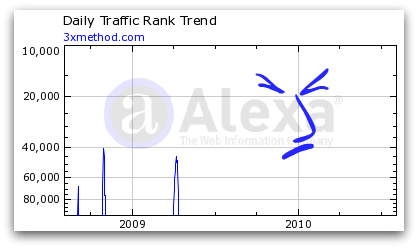 … and the useless keywords that your dead grandma could rank for … 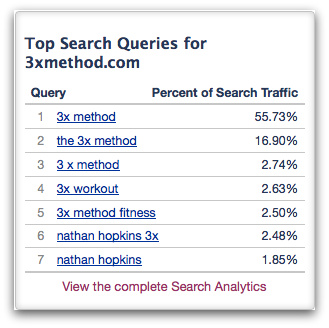 Look Mom :: I rank #1 in Google for “Evil Jowls” :: a keyword phrase that I myself made up. I’m prolly gonna win an SEO Emmy for it or something. Here comez them Internet monies!

Facts :: try sucking on the them … they’re delicious.