Coping With My Critics 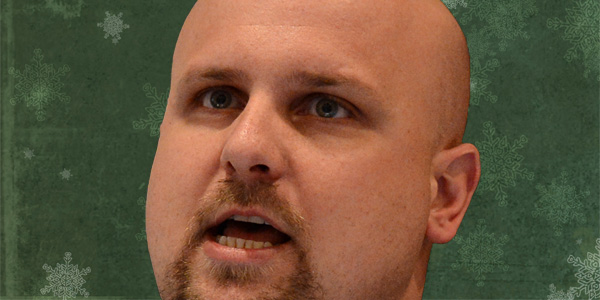 “I’ve been criticized for lots of things I have written,”

Says Dave Copeland about lots of the things that he’s written :: lots is a fun word … let’s use it lots.

Here I go :: criticizing the writtens of Dave Copeland … lots.

“but this is the first time someone used 3,764 words to tear me apart for something I did not write.”

“I’m not going into a blow-by-blow response for one simple reason:

He cares just enough to tell us that he doesn’t care … a clear sign of not caring if ever there wasn’t one.

Here are three reasons why Jason Jones a.k.a. Salty Droid can write whatever the fuck he wants about me.

Reason Number One: I didn’t write a story. I was hired to write a story. I started reporting the story but didn’t get enough information to write the assigned article, primarily because I gave up when I felt like I was being pressured to spin a story in a certain way. I negotiated a $500 kill fee with Blogworld, the company that hired me for the freelance assignment but ultimately never published a single word about Jones.

Already bored :: and that’s a rationalization Dave … not a “reason” why I can write whatever the fuck I want. It’s not just the ethics of a good writer that Dave Copeland is lacking :: but the writing of a good writer … lots.

I guess not writing is good easy work if you can get it :: maybe Dave Copeland should not write an article about how to get not-writing gigs … and then collect $200.

Reason Number Two: Jones Talks A Bigger Game Than He Plays. I’ll admit I was initially worried when he said he was going to write about me. Jones says what he wants and never lets facts get in the way of his opinions. All of the people he previously targeted on his blog that I was able to get in touch with declined comment. But Jones published his piece nearly three weeks ago and the only reason I know that is he sent me this email last week:

I guess I’m Dave’s only friend :: and his only connection in the biz … so sad. Somebody’s addicted to HARO maybe? Anywayz :: you were saying something not elegant or eloquent about “A Bigger Game Than He Plays” … please continue.

I have no grand illusions about this site: it gets very little traffic. A busy day is 100 visits.

And while Jones did not link directly to my site, you would have figured more than a few of the people who he claims to have read it would have Googled me and found my personal site.

Yet here’s my blog traffic for the two weeks after he published his post:

In fact :: I’m much less popular than almost all of you think … because while everyone else is lying about their web traffic … I don’t really talk {or give a shit} about mine. I’m obviously more popular than some people who say they get millions of hits per month :: placing this site behind a helpful facade of hugeness constructed of the very lies I seek to destroy … it’s enough to make a fake robot chuckle. You wouldn’t think this should be confusing for a “journalist” who writes and speaks about the webz :: like Dave Copeland does … but poser is the dominate species of web beast and Dave Copeland is to be counted among their numbers.

I’m starting to think Jones is not nearly as spectacular as he thinks he is. It makes you wonder how every post he writes gets dozens of comments and they all seem to sing his praises.

Let me break it down for you ReadWriteStupid :: I have tens of thousands of readers … and many of them are actively engaged with the high quality :: real life relevant :: story content. Fucking Science!