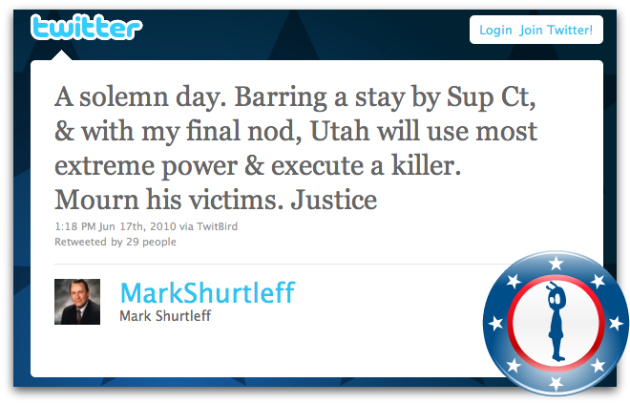 June 18 was a solemn day for Utah Attorney General Mark Shurtleff :: and nothing says solemnity more than Twitter … except maybe for strippers and jalapeno poppers.

Utah was about to execute Ronnie Lee Gardner for the various murderings he’d committed. For some reason :: probably to please the goth kids :: the execution was to be done by firing squad … which made tickets very hard to find {even on StubHub}.

Gardner was only 18 months old when Utah’s authorities first took him into custody … after his lovely mother abandoned him to the streets. He was drinking and addicted to drugs by the age of ten … Justice 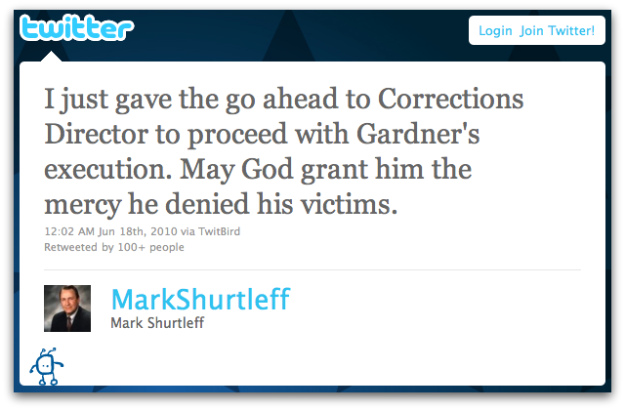 Hopefully God regularly checks his Twitters before he makes any final decisions regarding mercy or not-mercy. 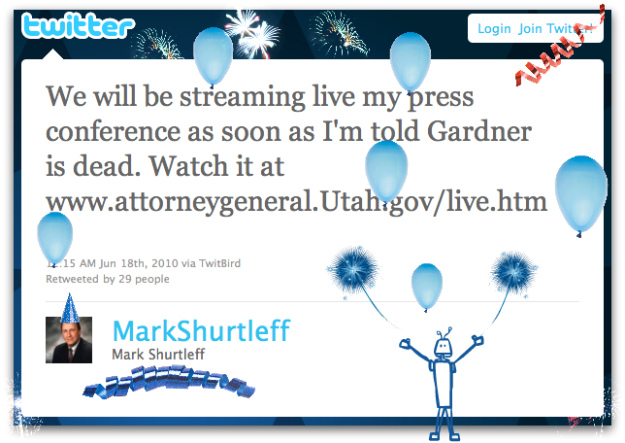 Act NOW if you want to get in on this one of a kind webinar! Unless you live in Texas :: executions are a rare treat :: so don’t miss this fantabulous opportunity to learn more about killing people who are tied up with a bag over their head.

Of course :: some people {probably sissy socialists} complained about the ignorance and insensitivity of this exploitative tweet-grandstanding by Shurtleff.

He responded with great tact … 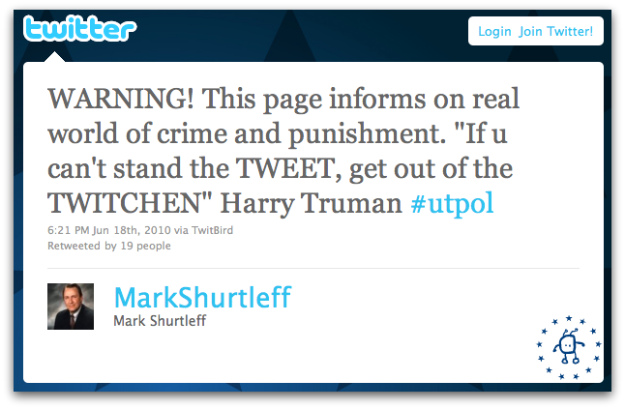 ~ I can haz more A-bombs? Suck it Nagasaki!