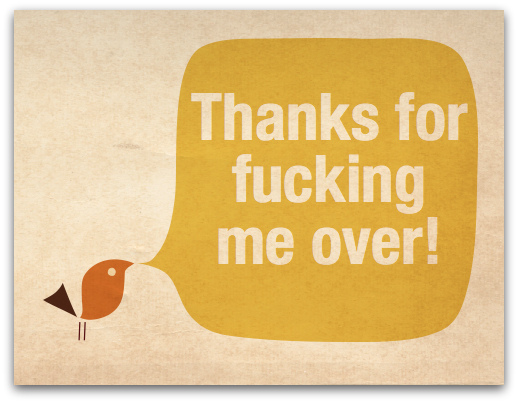 Many of you stupid bastards wish I was encouraging victims to file official complaints regarding the various dubious doings daintily detailed here.

New to the NavBar :: the SaltyDroid Complaints Department.

Thanks to Work at Home Truth for the inspiration :: and the nicely preassembled links.

“Don’t forget to tell The Man about it” :: says The Droid from now on {while choking down enough cynicism to drown an entire village of useless hippies}.