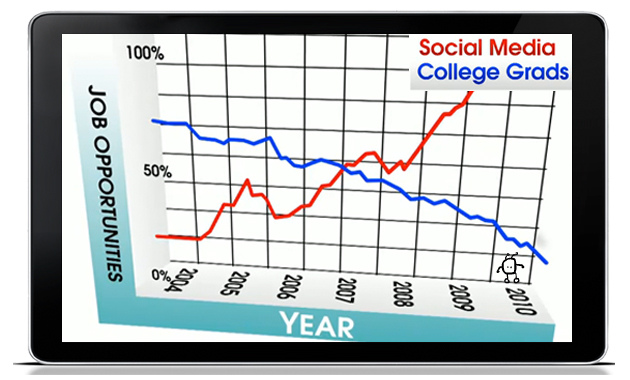 The millennium is officially a preteen :: so I guess she still loves Justin Bieber … and Twitter. Whatever :: grow up millennium!

According to GraphingEngineer Mike Koenigs :: 2011 is going to be another tough year :: especially for people with college degrees. As you can clearly see from this overwhelming evidence :: Job Opportunities for College Grads :: expressed as a percentage {of something} :: are on the downtrend … towards the zeroish type area :: frowny face.

I think you know where I’m going with this … nowhere.

So begins Year 3 of The Salty Droid …

Let us remember Year 2 :: with pictures :: and bleeping …