Will that be Credit or Credit?

The Barack is talking of late about reforming the Credit Card industry :: Just in the nick of 20 years too late. {link}

Smart scammers {should these legendary creatures actually exist} should have Credit Cards on the cough brain cough as well. Internet hucksters have been farming the sins of the Credit Card industry for the last decade … and have been riding on the TSUNAMI BUBBLE of foolish lending. Fast money, free money, not-my-money money :: VERY dangerous money.

That’s NOT a good deal. If the victim is going to have to squeeze 5k out of the MilkMoney … it’s gonna be a pretty tough sell. You better ride in on a pixie dust shitting unicorn that has learned to sing your name in a beautiful tenor.

But what if Citigroup would agree to pay for it {just for now}? They can be paid back No Probs once the promised Internet monies start flowing. FTW! Only a FOOL would pass up this opportunity. 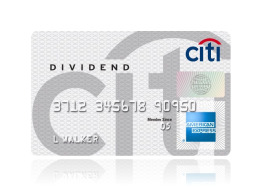 Notice that most of the D-Bags The Droid blogs about DON’T accept PayPal. Yep! That’s because PayPal ROUTINELY shuts them down … tells them to take their money and bugger off. Why haven’t the Credit Card companies done the same? They are {by far} the more experienced financial intermediaries. Theoretically :: They should know better.

They just don’t happen to give a shit. They take on RIDICULOUS amounts of risk :: and offset any loses by bilking other costumers into POVERTY with fees, rate changes, and shenanigans. That method works like a charm {Bonuses all around Gents!} right up until the moment when it STOPS working :: Completely :: And crashes into a SAD HEAP of shame and hindsight. That moment draweth nigh my slimy friends. Don’t look now :: But Citigroup has already LOST 200 times more than it had.

The home equity loan is dead and rotting in a shallow grave :: Credit Card company negligence {as never ending cash spigot} is following right behind :: Shriveling like a three pack a day Gal. You are running out of fake funding sources for your fake products.

I hope you bitches have a contingency plan {hint :: U Don’t}. Because you are about to face the miserable Catch 22 that has kept fraudsters and ConMen working LONG hours for millennia :: Peeps {tweeps} who are easy to scam … don’t have very much money.