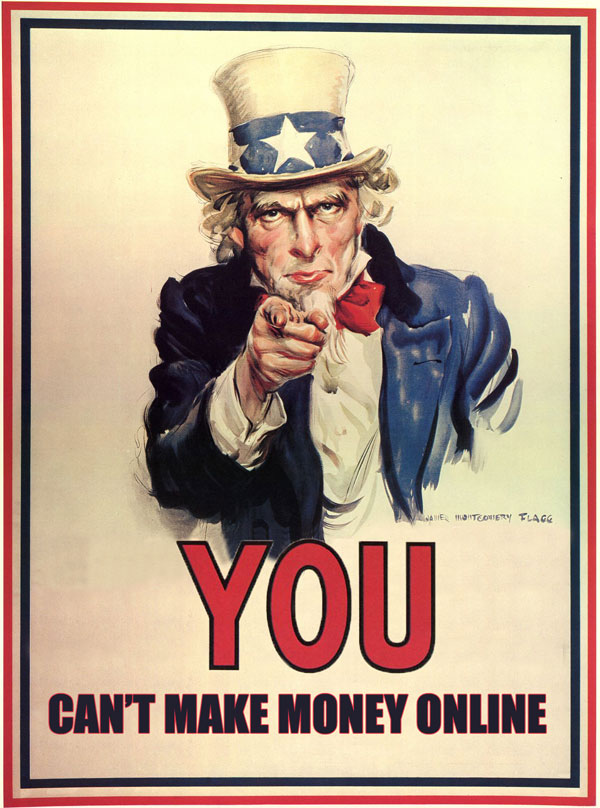 If you’re asking yourself that question :: then the answer is most definitely … NO!

But can you make enough money online to help out with your bills … maybe take some of the pressure off your life?

You can use the Internet to help you sell goods or services :: but as it was before the Internet … your success or failure will depend mostly on the quality/cost of your stuffs :: on your ability the attract the attention of the marketplace … and on plain dumb luck.

The Internet as an automated success machine :: is just a mean lie … it never existed.

The web can help you get your ideas out there :: where they can be seen with just a single click … but then they’ll have to compete with billions of other ideas for those same clicks.

The Internet has changed almost everything … but almost nothing has changed.

Within this new world of paradox :: liars thrive … confusing an already confusing situation with manipulative propaganda about unicorns and golden eggs.

Liars can make money online {no doubt} :: but you … not so much.

Or at least until right now :: when I get bored of it … and shitcan it on a whim.

You know what I think makes more poetic sense as a tagline?