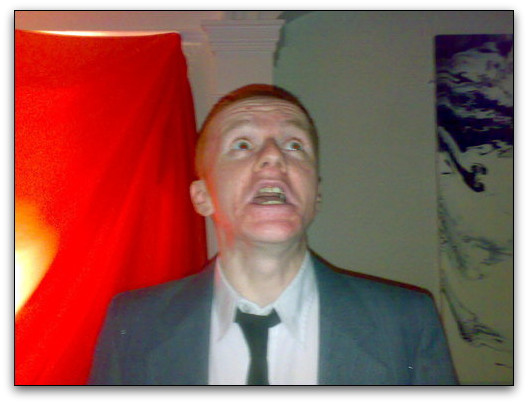 Mother fucking asshole Gary McCaffrey has been convicted as a scammer in the Court of The Droid {No Appeals!}. The D-Bag has spammed the network with his bullshit Chain Letter >> And he’s STOLEN money from 100’s of vulnerable people on the “backend” by convincing them to pay him for NOTHING!!

Now he’s earned himself an ANGRY and VENGEFUL robotic stalker. Do you recognize that picture Gary?? Yep, that’s right!  >>::>> I won’t fucking GO AWAY until YOU DO!!

What sinister activity is consuming Gary in the above photo? I’d rather speculate than know:

If you want to do your part for Lady JUSTICE {of course you do} >> Please add your own vengeful speculation to the comments!