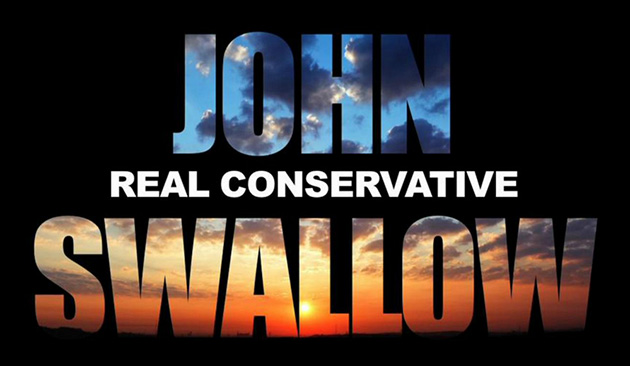 Utah’s new {but already fucking corrupt} Attorney General John Swallow is a “real conservative” :: not some fake ass conservative like Mitt Romney … or Hitler. “Real conservatives” make home-craft-sunset-word-art for Republican nominating conventions :: fake conservatives move to Berkeley and get AIDS … simple as that.

It’s lucky for Mr. Swallow that he’s a “real conservative” :: because he’s certainly not a “real lawyer” … having had no real legal experience before becoming Utah’s chief legal officer. Unless you count losing elections and lobbying for the payday loan and pyramidal supplements “industries” as legal experience {which you shouldn’t … because duh}. Swallow’s opponent in the Republican primary :: Sean Reyes … had more than a decade of experience as a litigator. But he’s a half-Filipino from Hawaii :: so he’s obviously from Kenya … just like FakePresident Obama. No real Republican can trust a fake Kenyan.

The campaign got nasty because John Swallow is an idiot asshole :: and because he had shit loads of Scamworld monies pouring in as Mark Shurtleff’s chosen successor in crime-n-slime. Nasty enough :: in fact … that Reyes sued Swallow for defamation. Swallow hired Utah law firm Clyde Snow & Sessions to represent him :: the same firm that Mike Dillard recently hired to defend his right to scam his ass off … forever and ever.

Reyes lost the primary by a huge margin :: because Utah’s mainstream press didn’t/doesn’t do its job properly … and failed to point out the fucking obvious regarding Swallow before it was too late {just like they let Shurtleff skate carefree for a decade}.

Now it turns out that Mr. Swallow is going to need the services of Clyde Snow & Sessions for much the same reason that Mike Dillard needs them :: namely … the feds are crawling up his b-hole for shit he never should have done.

Last month the Salt Lake Tribune reported that John Swallow had brokered a deal whereby Jeremy Johnson {who the Tribune continues to negligently label an “embattled businessman”} thought he was paying off Nevada Senator Harry Reid to make his FTC problems go away. When the FTC sued him a few weeks later {ha!} :: and criminal charges followed shortly thereafter {ha ha!} … JJ decided he wasn’t amused and wanted his goddamn money back.

Johnson and Swallow met at a Krispy Kreme in Orem to discuss their love of each other :: and of money … like any couple of “real conservatives” would {half-Filipinos not welcome}.

It’s quite a questionable locale for a meeting about money :: as Orem Krispy Kreme Google+ reviewer Rick Gabbitas points out …

While the “Hot Fresh” doughnuts are good, I would suggest going to your grocery store and buying a dozen bigger doughnuts for less money and then throw them in the microwave.

… some of the best advice ever to come out of Utah. If Swallow could have just saved a buck :: two hundred thousand times … then he could have afforded to pay Johnson back the money he screwed him out of … and this whole PR disaster could have been avoided.

JJ secretly recorded the Kremey Swallow meeting like the beautiful ginger devil that he is :: and the Tribune posted it in full … SLC punked.

The sued and indicted Jeremy Johnson starts off by telling his friend :: and Mark Shurtleff’s top deputy and fund raiser … that he’s wanting a speedy trial but can’t get one because he’s innocent. His innocence is the only possible reason for the DOJ to stall. John Swallow is all like :: “sure thing Red” … because he’s not a real lawyer and is clearly not an intelligent person. That’s the great thing about crime-n-slime … the only qualification for the job is assholery.

Swallow has spent the last few weeks moaning about how the tape doesn’t show him doing anything that’s actually illegal :: but he was having donut-buddy-chat with the GingerKing of the Mormon Mafia … prima facie evidence of criminal conspiracy.

Johnson wants $175,000 back :: he says he was promised the world at a meeting with Swallow … and got nothing. Swallow says he wasn’t at the meeting. But their words :: and the tone of both their voices :: says that he was there … and that he knows exactly what JJ is talking about. Funny that Swallow is shit at playing ignorant :: when as a general rule … he is fucking ignorant.

Swallow says the money was for lobbying :: JJ laughs … the Mormon Mafia doesn’t lobby. “Hey you should spend your last dollars on lobbying” :: doesn’t sound very good to someone facing life in prison.

Johnson says Swallow sent him an email approving his processing of online poker payments. JJ speculates that the feds might think the payoff money was about the poker processing. Swallow :: not surprisingly … can’t remember that email either. But Johnson and St. George’s SunFirst Bank proceded to process hundreds of millions in poker payments by disguising them as legit purchases spread across dozens of merchant accounts.

The government :: at all levels … could not care less about billions and billions of dollars worth of fraud perpetrated against poor and vulnerable citizens who can’t afford to organize … or hire million dollar lobbyists. Chances are :: ALL of JJ’s problems stem from the poker payment processing. SunFirst Bank was shut down by the FDIC :: their vice chairman went to jail … and their records were laid bare for the feds. If Swallow okayed the payment processing :: something he didn’t have the power to do … then he’s mega-fucked.

Utah’s Governor Gary Herbert calls Swallow’s mobile :: but he misses the call because he’s kinda busy with the donuts … and the Mormon Mafia.

So after this meeting the poker guys had me write out – get a special check from a bank check so it doesn’t get traced from their account and give it to some company that I’ve never heard of before… This is right after our meeting with Reid. So I transfer a million dollars to some weird company, one-time deal, that’s it. And guess what happens the next week? Reid introduces a bill to make online poker legal.

Bribing Reid had worked once before {according to JJ} :: so the $600,000 bribe that Swallow was pitching made sense to Johnson.

Jeremy Johnson :: in the typical fashion of a slickster psychopath … has spent the last three years behaving as though he’s not totally fucked. He demanded that the court in the FTC case grant him an obscene amount of money for living expenses :: including thousands per month for lawn care … even as he continued to shuffle his assets and bury his gold. He also continued to take expensive weekends on his luxury Lake Powell houseboat … and shuttled himself back and forth between Utah and Costa Rica.

It seems John Swallow :: Utah’s deputy AG … joined him for at least one of those “Fuck You FTC” weekend floats.

Is there a paper trail in that area?

There’s no paper trail on the houseboat, nobody knows about it.

No emails on the thing – and no – my wife doesn’t even know you’re on there. You went down there for a weekend, and that’s it. Okay? And that’s not going to come up, that hasn’t come up.

Oops! :: looks like it just came up … and it sounds like quite a sexy mystery. What kind of fake conservative fake robot would I be if I didn’t set my laser sights on solving it?

About half way through the donuts and conversation :: Swallow hints to JJ that he was paid from the “lobbying” funds to carry out some other non-bribe related consulting work. Me suspects that Johnson already knew that … and Swallow is about as smooth as Lake Powell sand in your ass crack.

What’s wrong with that?

… Swallow asks JJ :: because he’s the worst lawyer ever.

Johnson tries to assuage Swallow’s fears by telling him that it’s probably Harry Reid that the feds are after. But he rightly notes …

And here’s another thing. This lady is not under the local people here. She’s out of – her boss is in DC. She’s like a wild cowboy.

Well, that’s why go get a friggin Walmart phone.

I’m scared to death of our phones. No reason to except for, you know, I had a friend that was in the DEA and I said how do they catch all these freakin’ guys. He’s like, “you want to know how?” Wire taps. Always. He says if you’re ever doing something you don’t want the government to hear, don’t say it on the phone, don’t say send it in an e-mail. Face to face, so.

“This ain’t about the money bro.”