Death of a Tax Club 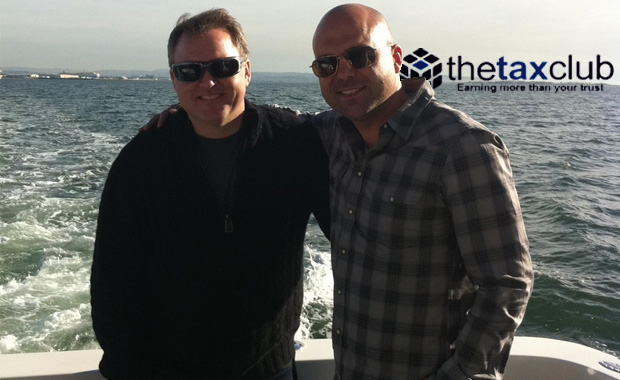 Funny story :: one of Utah’s largest boiler rooms … is located in New York City. That’s the end of the funny part of the story :: I hope you laughed your ass off … because the rest of it is fucking terrible.

The Tax Club :: Earning more than your trust

Or as the FTC :: and the New York and Florida Attorney Generals :: put it in their lawsuit last week …

“This scam has victimized thousands of individual consumers, many of whom are unemployed or elderly. Defendants have defrauded each victim out of thousands, sometimes tens of thousands, of dollars and have taken in over $220 million since 2008.

The Tax Club and its related entities and principals have preyed upon consumers… What began as one company in Utah has expanded into a sprawling enterprise operating out of the 60th floor of the Empire State Building that now encompasses at least twelve interrelated corporate entities, all controlled by four individuals”

Two of those individuals :: Tedd Johnson and Michael Savage … are pictured above enjoying a nice day on a boat yo … spending your grandma’s retirement money and having a big old laugh about it while she’s contemplating suicide.

That sounds dark … because it is dark.

The Tax Club buys leads from other boiler rooms :: and reboils those leads … over and over and over again … until they’re empty. And then fuck um :: cause that’s what they get for believing … stupid old grandmas don’t even understand the internet.

So Real Debbie spends $6000 buying into Anthony Morrison’s fake mentorship program … which is toxically hard-sold by Utah’s Professional Marketing International. Then PMI passes Debbie on to The Tax Club. Tax Club calls and pretends be the Morrison mentorship :: for a few minutes Debbie thinks she’s actually getting some service as they start explaining the basics of business structure … but it immediately turns into an upsell for thousands of dollars worth of setup services. Then the same pattern is repeated a few days later for tax preparation :: and on and on … etc.

If you don’t let The Tax Club help you now with the things you don’t need until later :: then you will have maxed out your credit cards for absolutely nothing … just like your wife said you were doing. Be afraid :: be very afraid … and give us your other credit card number.

Millions of dollars of this reboil money then gets pumped back into the orignal boiler room … which has also failed to in any way provide the promised services.

Each of these four lead sources has been the subject of numerous consumer complaints and/or law enforcement actions. NMR’s affiliate, Professional Marketing International (“PMI”), has been subject of 768 consumer complaints to the FTC in the last three years reporting deceptive practices involving coaching programs sold to startup Internet business.”

Am I excited about the FTC cracking down on some rat bastards?

Oh hell yeah :: totally … but isn’t like 700 complaints enough? How many exactly does it take? Because each one complaint represents ten real lives dramatically harmed … so do we have to wait for such a huge pile?

Anywayz :: the suit was filed with five volumes of exhibits :: recorded calls :: victim statements :: product samples :: financial records :: depositions of assholes … and the analysis of an FTC economist. They’re super impressive :: and super scary … whenever they decide to act.

The first time I heard about The Tax Club … I didn’t believe it. Thought people were prolly exaggerating :: as people are wont to do … but no. It’s just unimaginable levels of total awful. People getting scammed so badly that their physical heath is directly impacted.

According to footnote twenty of the attached document :: 42% of complaints to the FTC about The Tax Club came from consumers at least 60 years old … people who don’t have time to recover from these sorts of mega-losses.

But The Tax Club was a proud part of Utah Attorney General Mark Shurtleff’s {now defunct} Alliance for Lifelong Learning :: an organization of boiler rooms agreeing to do wrong … the right way.

Up at the browning gun facility in morgan Utah shooting shotguns with AG Shurtleff. This place is old school and super cool.
— tedd (@teddj) September 15, 2010

He better say goodbye to The Tax Club’s Michael Savage while they still have time to hug. Because even if criminal indictments don’t follow this FTC suit {and they absolutely should} :: The New Canaan Advertiser reports that local authorities are getting closer to filing charges in last year’s “stumble away from Dad dying in crashed sports car” incident. A sports car paid for with your grandpa’s retirement incidentally.

But they’re not fucking monsters :: if you got screwed over by Bernie Madoff … The Tax Club will do your taxes for free according to the awesometown “journalists” over at CNBC …

You can’t make this shit up :: and if you could you wouldn’t … because it’s fucking terrible.