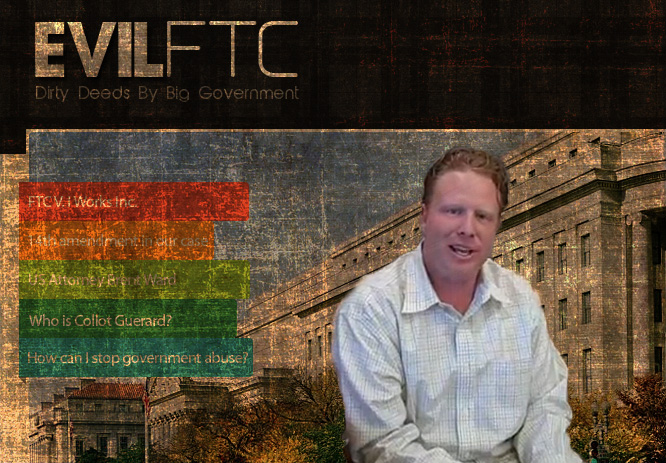 Jeremy Johnson is fighting back against the injustice of he himself and him not being allowed to perpetrate wanton injustice upon those less fortunate than himself and his mommy’s mommy.

He’s fought back before :: because like many spoiled Chihuahuas :: he’s all snippy and just wants to pee wherever. Last time he told us about how he couldn’t be guilty because Utah’s very own Attorney General was on his side …

The strong beer drinking outsiders at the FTC thought The Ginger Queen was doing it wrong :: and so did the US Attorney. After JJ was sued :: he was arrested while attempting to flee the country with a box full of money that he needed for strictly religious reasons.

After getting out on bail because Johnson’s family already had millions before he started taking money from people who had little :: the talented Mr. Johnson was rearrested Thanksgiving weekend for a couple bad checks he wrote in Vegas before the FTC asset freeze …

According to the Clark County District Attorney’s Office, Johnson wrote checks six checks totaling $108,400 for cash or gaming chips at the Wynn Las Vegas hotel and casino Nov. 26, 2010, that he did not have sufficient funds to cover. A judge issued an arrest warrant for Johnson on Oct. 20, 2011.

Why didn’t the casino cash the checks sooner? Maybe I’d know if I’d ever lost a couple six million dollars gambling in a casino. 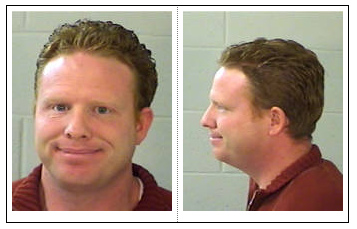 Anywayz :: getting arrested twice :: sure it’s funny to us … but Jeremy David Johnson is mad as hell and he’s not gonna take it anymore. He’s put up EvilFTC.com to finally set the record straight …

Our goal is to expose these people and their bad acts and incite congress to audit corruption especially within the FTC.

Just because you don’t know what the word corruption means :: doesn’t mean that you don’t have an incorruptible Constitutional right to use it incorrectly in a sentence … God bless America.

Jeremy Johnson was arrested for the 2nd time on Sunday, related to the massive fraud case currently pending with the Federal Trade Commission. This time however, it has an interesting twist. He was arrested on a warrant for bounced checks which occurred nearly a year ago. This seems to be little more than another self fulfilled prophesy from the government in the case against Johnson.

The Evil FTC’s civil suit makes Johnson’s criminal trial taste more like justice because Johnson can’t use other people’s money to hire Munger Tolles & Olson :: Mark Fabiani :: or Mark Shurtleff :: to defend himself. But the sense of not-absolute power is making Jeremy Johnson furious with the FTC in much the same way that he’s furious with Heavenly Father for creating him in the likeness of an albino’s angry asshole.

He accuses the FTC of fraud :: which is kinda impossible … but it’s certainly passionate. He lists the email addresses and phone numbers of all the lawyers involved and tells the media people that are bound to swarm his “I’m a high school freshman mad at his dad” website …

While the FTC loves to talk to the media when they are demonizing one of their victims they seem a bit reluctant to speak to the press when it involves wrongdoing on their part. You may want to trick them when you contact them and make them think you will write a story in their favor so they will call you back.

He lists lead FTC attorney Collot Guerard’s home address and personal email :: and devotes a special page to her …

Collot Guerard is exactly what you would expect an unimpressive government attorney would be. She has spent most of her career as an FTC attorney and is ready to retire. She has seemingly never had a significant case during her career with the FTC. However she wanted to make one last effort to make a name for herself before she retires and is willing to do it at all costs …

Yeah she’s just a senior trial lawyer for the United States of America with two decades of service and experience … what’s so impressive about that?

Okay then. I wonder if I’d be guilty of a self fulfilled prophesy if I said this was starting to get kinda weird.

When speaking with others Collot refers to Jeremy as the “Mormon mafia” It is wholly improper for ones religious preference to have any place in a government prosecution.

Ahh! Something the unimpressive Ms. Guerard has in common with the fake robot. I thought it was best to keep that one to myself :: it’s called tact :: but the Ginger Queen said it first so now it’s officially okay to say it. Hooray!! Guess who else calls y’alls racket the “Mormon mafia” in private big boy? Everyone who knows what’s what … and you fuckers sometimes. Ha!

But seriously :: Jeremy needs our help before he {or any of us} gets arrested for a third time by yet another part of the Clark County government that Ms. Guerard so clearly controls like the :: still unimpressive but scarily powerful :: puppet master that she is …

If you have been a victim of abuse at the hands of the FTC please feel free to contact us. We would be happy to assist you and would welcome adding your content to our site.

I just wanted you to know that your efforts towards bringing much-needed and meaningful change to our government are appreciated by myself and all of the other believers in fake robotics for whom I speak without their consent. Many are called to the path of righteousness :: but few answer their calls what with voice mail and twitter and stuff. So anywayz :: thank you.

I too am a victim of the FTC … and I’m hoping you can help.

I have a silly website where I do a little of this :: some of that :: and a whole gosh dang heck-load of scrapbooking. I’ve been demanding dramatic action against a dramatic crime for years now :: but very little action has been taken.

This lack of action could be due to the lingering anti-robotic racism of Ms. Collot Guerard … but I fear it could also be the bright light of my popularity burning the fragile fluorescent tube conditioned eyes of the bureaucrats. Perhaps if you would post my concerns to your unviewed an irrelevant EvilFTC site they would get more sensitive eyes viewership.

Like you :: I believe that Jeremy Johnson has been singled out. The “Mormon Mafia” term you’ve used to describe Johnson’s operations is quite perfect. They work together. They share leads. They share tactics. They share loot. They grind ordinary citizens down like a pack of werewolf piranhas. The FTC sued Johnson for his fraudulent continuity scam … falsely billing hundreds of thousands of credit cards smallish amounts. But what happened after those initial billings? Wouldn’t Johnson have brokered those leads to others in The Alliance :: where most of the real damage would get done? Where’s the culpability for the rest of the Utah BoilerRoom Alliance?

Jeremy Johnson’s not the devil … he’s the devil’s dingleberry. It’s the pack :: it’s the cartel :: it’s the group :: it’s the syndicate … it’s the coagulation of evil the makes the monster unstoppable.

We have RICO laws :: and we should be using them.

At what cost to our most vulnerable? At what fucking cost?

Thanks for letting me vent EvilFTC … you’re one of the good ones.

While I’m at it :: I might as well follow Johnson’s instructions completely and email all of the lawyers and commissioners whose email addresses have been so lovingly assembled …

The people of the 52 States demand that the FTC be audited according to the 14th Amendment. The declarations of marshall’s law against Jeremy Johnson was never even called for by the Articles of Confederation.

You know it’s true … and I’m requesting that Congress give you a full filibuster immediately. 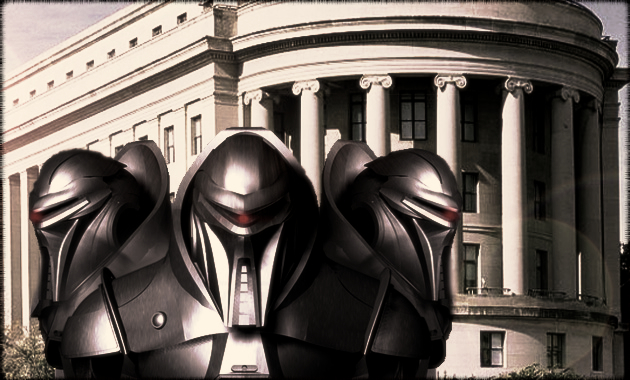 Everyone’s laughing at you right now JJ. Can you feel it? All these people who you’re going to have to look in the eyes :: people who have power over you like the wind over the leaves :: are giggling about how ignorant and foolish you are … right now JJ.

Good luck with your little propaganda war bud … see you in the SERPs.