He’s protecting Utah’s childrens and stuff :: according to himself …

Attorney General Shurtleff has made protecting our children online one of his top priorities throughout his two terms in office. He has spent more of his personal time teaching internet safety in schools, boys and girls clubs, businesses, chambers of commerce, rotary and other service clubs, churches and even homes, than any other single pursuit.

Sounds like an efficient use of time. Hopefully he explains to the kids how they should avoid shit sandwich websites emanating from Utah where the chief legal officer is too busy pretending to investigate the BCS to do one goddam thing about a wanton fraud infestation being perpetrated by his very own BFF’s.

Talking about protecting kids really fits in with Mark Shurtleff’s moral values. Actually protecting them though … not so much.

Scammers :: like jackals :: prey on the vulnerable. One particularly vulnerable group :: prone to irrational decision making :: are parents who feel that they are losing control of their children. Wherever there is a rich vein of sadness :: a d-bag will arise from the mud to mine it hollow. The fact that children are involved just makes it all the easier … I guess {sad robot}.

The World Wide Association of Specialty Programs and Schools {WWASPS} will take your troubled child off your hands for a hefty price. You can expect results :: maybe they won’t be good results :: but there will definitely be some results.

WWASPS was founded in Utah by Robert Lichfield. According to a 2003 New York Times article …

Robert Lichfield, who dropped out of college and became director of residential programs at a Utah institution for teenagers that was subsequently closed by the state for cruelty to children, says he has learned some lessons from a quarter-century of experience in the business.

“Kids think they ought to be able to do whatever they want,” he said. “And if they can’t, that’s abuse.”

“Affiliates gross perhaps $70 million a year, an estimate based on their enrollment, tuition and fees. A company spokesman, James Wall, said it had always filed its federal income taxes properly. But Mr. Wall said Wwasps, which calls itself a nonprofit corporation in Utah, had never applied for nonprofit, tax-exempt status with the Internal Revenue Service.

The company says it does not directly own or control any of its affiliates, and claims no responsibility for their programs. But Spring Creek Lodge employees, for instance, say the program sends about 40 percent of its revenues to Wwasps.

Keeping parents largely silenced about such obvious bullshit wasn’t easy :: that’s where an old not-friend of ours came in handy …

“A crucial part of the company’s effort to shape its success is a requisite series of emotional-growth seminars for parents. “The seminars are the most important thing we have experienced as a family,” said Rosemary Hinch, a teacher in Phoenix.

“It was painful; it was hard,” Ms. Hinch said. “They teach you to take a really good look at yourself.”

But the seminars persuaded Michele Ziperovich to pull her son Alex out. “It was 300 adults screaming and beating on chairs, three days of no sleep, and after that, you’ll buy into whatever they say,” Ms. Ziperovich said. “They berate you, they scream at you, exhaust you. It’s basically mind control.”

The “schools” have been dogged by widespread allegations of horrific abuse. More than half have since been shut down by local governments … including two shut down by Mexican authorities.

Too hardcore for Mexico?

Yet the programs “flagship schools” in Utah remain open … quizzical.

According to Utah campaign records an organization named RECAF gave $50,000 to Mark Shurtleff between 2006 – 2007. RECAF is registered in Nevada and lists Lucille Olsen of Wellsville Utah as its only officer or director.

According to a class action lawsuit filed by a Dallas law firm on behalf of more than 300 child plaintiffs :: RECAF is one of many entities owned and operated by WWASPS. Lucille Olsen is Robert Lichfield’s sister. The suit also says that the original director of RECAF was Lichfield’s wife Patricia.

An article from the Portland Press Herald archived on the Coalition Against Institutionalized Child Abuse outlines a connection {and large donation} between RECAF and Mitt Romney. Lichfield was the Utah finance co-chairman for the Romney presidential campaign until the press started calling attention to Lichfield’s extreme dubiousness :: and he resigned.

Allegations in the lawsuit {and elsewheres} include sexual abuse :: kids in cages :: beatings :: and long term torture. KIDS motherfuckers :: these are KIDS!! Some of the plaintiff’s are deceased :: many came home zombies.

Yet even AFTER this lawsuit was filed :: and AFTER many schools were shut down in other states and mexicos :: and AFTER Lichfield was ousted from Romney’s campaign as specific allegations about his horrid “schools” swirled around in the local media … did Mark Shurtleff take another $25,000 from WWASPS/RECAF. 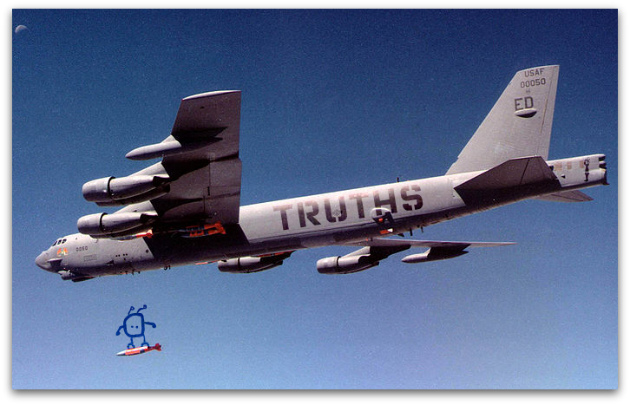