Joe Vitale’s Balls in a Cup 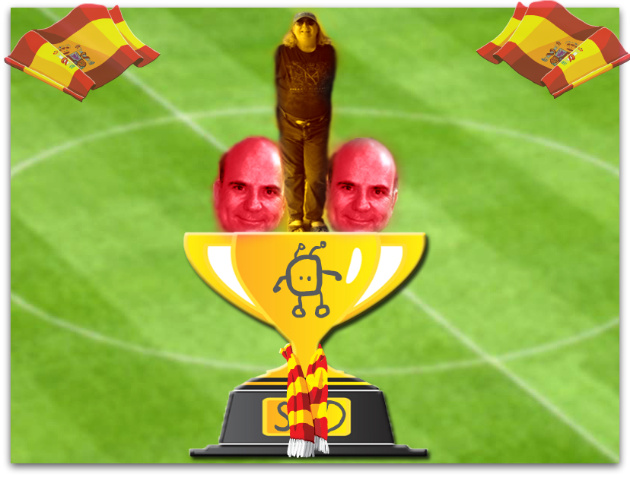 A great tournament deserved a better finish :: but in spite of what some herpes ridden murderers might say :: we don’t always get what we desire and deserve. Top tournament highlights included …

Joe Vitale insists that the Law of Attraction works 100% of the time. It’s a “law” don’t you know? And laws can’t be broken {unless you’re talking about laws to prevent people from being swindled by big fat idiots :: those laws can be broken}. So I suppose he accepts full responsibility for attracting me into his life. He got my attention by spreading his stink into the air :: he won the “Who’s Next?” reader poll :: numerous citizens have registered their complaints about his shenanigans with my robot hotline :: and now the Universal Mine has picked him out of a line-up of scum sucking scum suckers.

Don’t feel bad Joe :: lots of people think about me ALL THE FUCKING TIME. You just must be the best at it. Would you like a $7,500 autographed Droid headshot for your vision board?? Too bad :: go fuck yourself!

The Universe has spoken clearly …

SD: I’m not Luke you asshole. I’m The Droid.

Universe: Oh yeah … sorry. I got confused for a second. It’s just that Luke is so awesome …

Universe: I mean you’re awesome too. Don’t get all bitchy about it. Anyway, take care of Vitale. He sucks ass and he totally has it coming.