Who is the Salty Droid? {again} 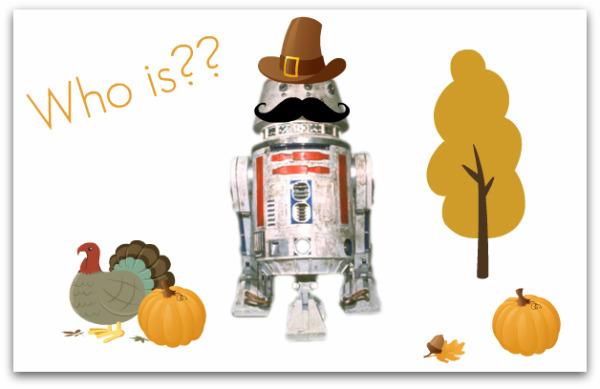 Enquiring minds want to know :: But they struggle with the enquiring … and the “knowing” for that matter {and perhaps “mind” is putting it a bit strong}. It’s been almost a year since the beginning of “The Droid Problems” … and the d-bags still know nothing. So the quest continues ….

Is it your Momma? Cause someone reliable told me it was :: that woman is hideous and foul so I’m not surprised.

Is it a non-sequitur? Many mysteries about the rhombus remain unsolved.

Remember back in May when I asked the same question? No!! :: Of course you don’t :: Because you weren’t here then :: No one was here. You were all still reading The USA Today and singing in the church choir about how Jesse has covered all your sins in gravy {or something}.

The answer back then :: Who gives a shit! It’s about WHAT is happening here :: Not who.

Point not taken :: and the quest has continued unabated :: with ever increasing furor.

WHO THE FUCK IS THE SALTY DROID?!?

Tell me NOW before I die of death … seriously … I’ll do it. I’ll drop myself dead on the spot and leave my poor innocent children without all the privileges of having a scum sucking bottom feeder for a uselessly absent father. Is that what you want? Think of all the soccer practices I could have missed via neglect and apathy. Can you live with that on your so called conscious?

CousinLiz1 wants to know. She asked a couple {or 30} people about it. I hope Sarah Silverman didn’t sell me out … but she probably did. That bitch has it in for robots … always has.

Liz did eventually end up in my inbox :: where curiously enough :: she asked me about SEO instead.

Easy. SEO is a Unicorn. Next question.

That again? What is there a theme or something?

Asks Simeon’s Brain :: without any of the question’s context {link} ::

Coming back to the title of this blog entry…I came across this phrase “who is the salty droid?” … Then I decided, spontaneously, to essentially retweet the phrase. I posted a facebook status update with the phrase…. I am transmitting an idea virus. There is nothing new to this in human communication, and in particular in today’s age. An electronically transmitted idea virus can be gold to the right entrepreneur. But never have I so swiftly been involved in forwarding something that I didn’t understand AT ALL to perpetuate this unanswered question. I want to know who the salty droid is. I want to know who made it up. I want to know why this sequence of words seems to be suddenly appearing to me …

Who is the salty droid? I have become the salty droid. And so will you. And doing your best to shake those five words will lead to only one thing…perpetuating it yourself.

Now that’s what I’m talking about it! I’ve just been abstracted out of existence :: that might be an honor … I’ll have to check the manual of honors.

I’m still partial to the whole “Jason from Chicago” hypothesis :: because of how it’s the truth and all :: but it really doesn’t have the same kind of pizazz as “Idea Virus.”

Keep screaming out my name in the night D-bags :: You feed the monster that comes to destroy you.