You know who loves them some Herbalife? iStockphoto black people … they’re fucking nuts for it.

But iStockphotos don’t have wallets :: or credit cards :: or retirement accounts :: or exploitable fears about future uncertainty … so Herbalife was hoping to increase their pyramid scheme’s reach with real live black people instead. 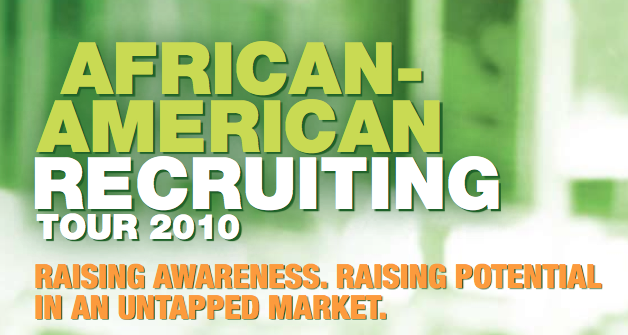 Black America is an “untapped market” :: and Herbalife is going to tap that.

Lose weight now. Ask me how!

Utah’s former Attorney General Mark Shurtleff :: himself a white expert on America’s long-suffering black population … has endorsed MLM as one of the best ways for poor people to rise up. He would surely approve of the African-American Initiative’s explicit racial targeting.

New York City Councilwoman Melissa Mark-Viverito :: on the other hand … is a bit of a hater. Says she in a recent letter the FTC …

Herbalife sells business opportunities to people in vulnerable communities. Herbalife executives have already admitted to targeting minority groups, openly boasting about the company’s “African American initiative” and “Latino business.” By recruiting vulnerable people in East Harlem and South Bronx with little or no business experience, Herbalife convinces new sellers to ignore the risks and high costs of their program. Herbalife’s recruitment techniques promise financial freedom with only a few hours of work, an enticing offer to many lower income New Yorkers.

Unfortunately, once new recruits become Herbalife sellers they most often end up in debt and unable to make a profit. Due to Herbalife’s above average costs, it is difficult for these people to sell enough of the product in order to realize a significant return on investment. Many of my constituents are ending up in serious debt as a result of Herbalife’s recruitment and illegal business practices.

If it would make the councilwoman from the South Bronx feel any better {and I’m sure it wouldn’t} :: her constituents are fucking flush with cash in comparison to some of the African-NotAmericans targeted by Herbalife’s shenanigans … see e.g. Herbalife Zambia.

With Zambia’s per capita GDP of $1,500 :: lucky black families can enjoy the purchase of one canister of Cookies and Cream Formula 1 shake mix … for the low low price of only one week’s wages.

I’m sure those leadership tours reflect a racial diversity similar to that found at the bottom of the pyramid :: where people from all races :: special emphasis on low income minorities … are getting totally lifejacked.

Right Herbalife? You have like Another African-American Initiative {AAAI} :: or something … that ensures that black people are adequately represented in leadership?

The Whitest Scammers U’ Know.

I emailed Herbalife’s African-American Initiative and asked them about the dearth of African-Americans at the top of the pyramid. And by “dearth” I mean :: zip :: nada :: nothing … no one. But something tells me they won’t be writing me back. I guess they’re mad at me or something :: just because I keep calling for their company to be dissolved … and their vanilla CEO arrested.

… does tie color count as diversity?