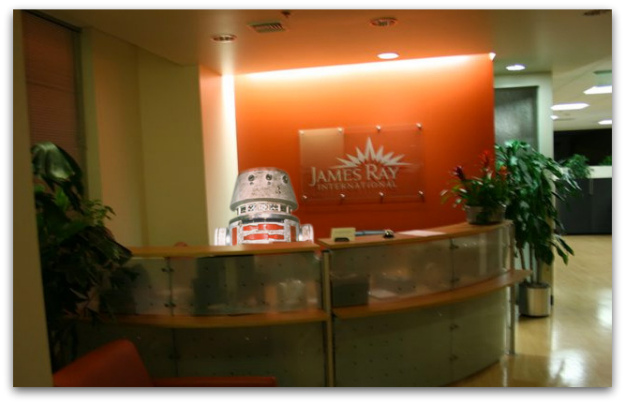 All the evidence in the trial continues to point overwhelmingly to Mr. Ray’s guilt/worthlessness. The defense is presenting lots of imaginary evidence :: all of which is super awesome except for the part where it’s imaginary.

Anywayz :: in what hopefully is not to become a Spring ritual :: Droid headquarters is once again being relocated. I filed a motion for a continuance with the court :: but each member of the defense team wrote a separate brief about why I should be denied my constitutional rights to have the trial postponed for unrelated personal reasons.

Mr. Kelly :: Judge … there is no reason for this. My client has the right to a fair trial and this Droid character already had a pretty nice apartment.

My arguments were all epic genius {Mr. Li broke into tears and rushed off to the women’s room}. But the motion was denied over a technicality involving my fake secretary Debbie not actually existing …

So dubious connectivity and availability for me over the next couple of days. Maybe when I return it will be to a new land of unicorns :: rainbows :: pots of gold :: and a judicial process that services its function and its people.

Now eat these tweets and don’t get fat!

– Ms Polk has decided not to call family members :: but if Mr Kelly wants to make foundation objections she’d be willing. #JamesRay defending! #

– The detectives were trying to determine how #JamesRay “caused the symptoms” he told participants to expect. #

– Mr. Kelly talks about how the crime scene tape area could have been bigger. #JamesRay #

– There really isn’t any traditional evidence at the scene of a manipulation crime :: Mr. Kelly wishes there was though. #JamesRay #

– The heat explanation made more “common sense” because of the flap … and because duh. #JamesRay #

– The main problem with reconstructing the lodge scenario is that some of the test subjects would die and get kidney failures. #JamesRay # 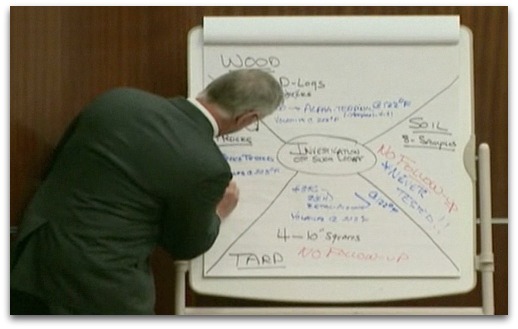 – How much evidence did you take? … the flow chart. #JamesRay #

– I guess baby killin’ mommas are more fun since they don’t implicate the corruption & complicity of the media. #JamesRay @InSession @CNNLive #

– Ms. Polk makes a couple “asked and answered” objections :: could do that for most questions. Defense only has like 3 questions. #JamesRay #

– The words “trace” and “death” don’t belong together. #JamesRay #

– Q: “The State was sanctioned for a Brady violation?” A: Objection! Sustained. Jury dismissed. #JamesRay #

– Ms. Polk pushing for calling Haddow as the remedy for the Brady violation. #JamesRay #

– The defense has implied to the jury that the State is withholding evidence from them :: Ms. Polk won’t stand for it. Lunch. #JamesRay #

– We’re back :: talking about the situation with the flies. #JamesRay #

– Mr. Kelly’s last question :: “this is the first homicide where you served as a case agent?” … #JamesRay #

– Det. Diskin explains how he assess the credibility of a witness statement without reference to their beliefs in talking animals and such. #

– The Hamiltons cooperated with Det. Diskin … the defense not so much. #JamesRay #

– Mr. Kelly makes an objection and requests the previously requested jury instruction in the presence of the jury. Classy! #JamesRay #

– Some talk on the blog about how much rat/ant cake you’d need to take a bath in or eat in order to die … http://bit.ly/k8B2ck #JamesRay #

– Mr. Kelly argues that only God has the proper foundation to testify about whether or not wood is made of trees. #JamesRay #tedious Recess. #

– Det. Diskin lists off the various places {including food} where one might find 2-Ethylhexanol :: #JamesRay #

– Pursuant to Kelly’s objections Ms. Polk is using the word “belief” instead of “opinion”. Too bad belief is the more charged term. #JamesRay #

– belief = an acceptance that a statement is true or that something exists :: trust, faith, or confidence #JamesRay #

– opinion = a view or judgment formed about something, not necessarily based on fact or knowledge #JamesRay #

– Det. Diskin :: “This case was about the way #JamesRay did his sweat lodge.” Redirect complete. Jury questions. #

– Jury Question :: Are there results from Arizona poison control? A: No. #JamesRay #

– I draw the line at blogging about geometry. #JamesRay #

– Mr. Li :: “Why aren’t there any ants in these diagrams?” :: BOOM! :: tears off tie and walks out triumphantly. #JamesRay #imagination #

– 15 min on the percentage of dirt sampled for evidence. #JamesRay #

– Nothing is more convincing to a jury of regular “folks” than hypothetical maths. #JamesRay #

– Mr. Li rests his maths. #JamesRay Very short redirect. Mr. Page is given a moment to do A squared plus B squared equal C squared #