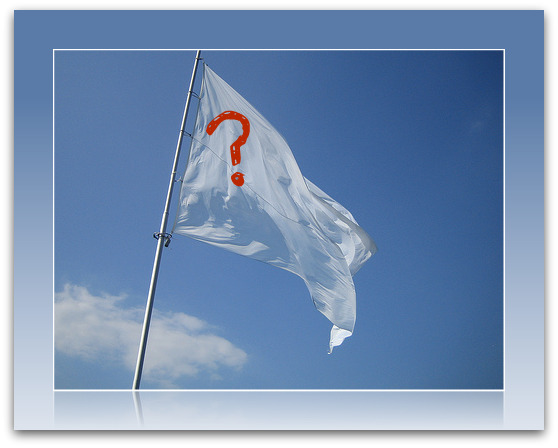 After 6 months of steadfastly ignoring The Droid in public {while scheming ceaselessly in private} :: Perry Belcher shows up yesterday and comments on this blog. It’s mostly BS :: and it’s already been addressed with bluster. Go read it if you haven’t {link}. The comments are way better than the {mediocre} post.

Perry’s response to my response :: Pulled from the comments into this post :: First the boring propaganda bits … bayoneted in the kidneys per the usual ::

You made a few good points.

First: My $56M career sales claim, while factual does indeed include sales from Selmedica, and that’s wrong.

Based on that I have decided to remove all career sales totals from my ads. If I ever decide to ever use career sales numbers in the future any sales I made from Selmedica will be removed from that total. Point taken.

Okay wait :: what? Point taken? As though it has just come up :: I didn’t make a “point” guy … I’ve been harping on that same shit like a psychotic beast for months. The Selmedica claims are core to everything you’re doing online … and represent the primary infraction. NOTHING FOR 6 MONTHS :: and then you show up and publicly confess to the core of your most recent legal violations. I know you are the marketing genius and I am the basement dweller … but I don’t understand that strategy.

Second: Oddly, I see part of your point on pricing. It is sad as hell to hear stories of people who have dropped their last dollars on a multi thousand dollar course to only stuff it under the couch.

I never fail to tell people that their results will be based 100% on there effort, just for that reason.

Plus, my publisher, Infomastery, who sells my products, has the most liberal refund policy in this whole industry and basically anyone who can send an email requesting a refund gets it.

That being said, there something called personal responsibility.

Recently, predatory lenders gave sub-prime home loans to people who shouldn’t have taken them, causing a housing melt down. Who was at fault?

The lender? Yes, but to say the person signing the dotted line, knowing full well that they couldn’t make the payments were victims is horse shit.

In your post you show a screen shot of a disgruntled customer on from my Facebook fan page, which by the way I can’t find under that date…

I know you had to fan through over 200 positive posts on that page to find one dissatisfied $27 customer, come on.

Wrong again! Someone pointed me to that when it happened :: I screen captured it and put it in my ‘Evil Jowls’ folder for future use. However :: I did fan back through to see if you’d deleted it so I could call you out for that shit too. You hadn’t :: it’s still there :: look again :: wear your grandpa glasses.

Fan through your Twitter responses for the last 6 months :: Subtract The Droid :: And you will notice a never ending sea of “positive posts” there as well. That’s exactly what’s so dangerous about this situation :: and it will not be accepted as evidence of innocence in this forum :: OBVIOUSLY!

Many of my students are successful, some wildly so.

Truth is, most people who buy most marketing courses and actually use them have positive results, some life changing, but when they choose to watch Lost re-runs instead of putting a plan to work and subsequently get no results, all the sudden the guy who sold them the course is a scammer.

A guy who sells a $2000 info product about making big bucks is a scammer at the moment of sale. Because that price is cosmically disconnected from the price of production. It red flags evil, price fixing, coercion, suppression, collusion, and conspiracy. Save your blame the victims bullshit for your SuperVillain MasterMind Incest Club Meetings :: Because I won’t buy a single fucking word of it.

Your $75 price cap suggestion and comparison to a text book is absurd. Yep, you can buy a $75 text book at any University in America and then pay some guy called a professor, who probably makes less than my barber, $14,000 a year to read it to you. Then, 4 years later swimming in debt with a head full of out dated, useless information.

Wow, you just won the right to go look for a job.

Social Media Money System is still a rip off at $75 :: I thought I was being generous.

What world do you live in where Professors make less than your barber? NO ONE regrets going to college asshole :: NO ONE! Who cares if you don’t get a job … it’s the most fun you can possibly have in life. Hippie chicks, rock-n-roll, beer, arguments about literature that aren’t centered around how “gay” you are for reading it :: Fucking Priceless!

Fact is, $2000 is a cheap for a real education in internet marketing. Maybe you think mine is not, my guess is you’ve never even reviewed any of the material.

Fact is, $2000 isn’t cheap. For anything! And I have reviewed some of your materials and found them extremely wanting.

And now for something completely different

As for me, I have completed a few small trainings that will sell for less than $100 each over the next few months and then I’m out.

I have already submitted the work to my publisher or I probably wouldn’t screw with it to be perfectly honest.

You have convinced me that I’m much better off to keep what I know between my ears than to share it with a world of critics. Too bad for those who could have used it. Congrats

Bad news is, you’ll have to find a new crash test dummy.

Here is the interesting thing, for a person who seems to have strong convictions about the rights we all have to free speech, you seem desperate to thwart mine. Selective?

Holy Shit! What just happened there? Was that a surrender? Because to me :: that sounded like a surrender.

Evil Jowls :: I’m having one of those re-evaluating my life days. Know what I mean?

Evil Jowls :: Have an offline idea so good I may retire from Internet marketing

If you’re telling me “you’re out” because you think I’ve been a worthy adversary and I just deserved to know :: Then thanks {I guess}. But if you’re telling me in hopes that I’ll STFU about you … and not continue along the current path of my quest line … then I’ll have some specific terms {via email}.