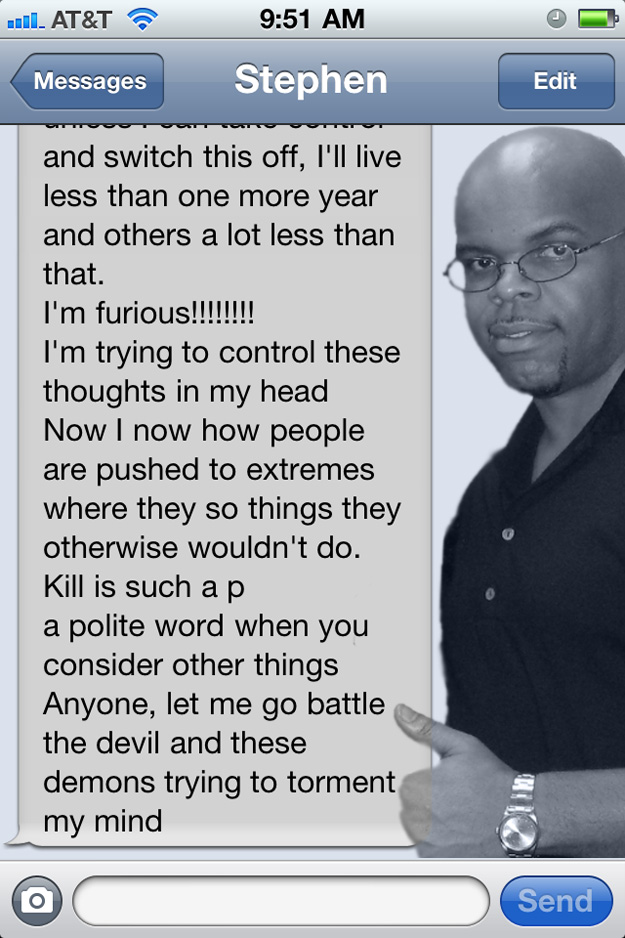 Stephen Pierce is a scammer :: that much is fucking obvious … and easy to prove … which is why Vorys Sater Seymour and Pease are suing everyone but me. Unfortunately :: and kinda usually around here … the scamming is the least of it.

“I apologize for me foul language. I’m just reaching a boiling point that can get really ugly fe everyone. I’m already yelling at the dogs for no reason and trying to catch and control myself. In tired of being screwed by people around me and those that say try love me (but you hate me) just sit back and watch and let it happen and pretty much dare me to be upset about it.

I’m nearing the point of a revengeful bloody out of control rampage sparing no one since no one has spared me. And I’m very serious about this… I’ve been screwed with one time to many and now my screws are coming lose. Oh yea? Well I’ll show you crazy because I’m coming unglued about now. Nothing is beginning to matter to me anymore and that means I no longer have nothing to lose and a revengeful man with nothing to lose is the wrong person to screw with. I’ve tried kindness, I’ve tried for giveness, I’ve tried patience and all I’ve got is screwed. Now let me try something else.

It’s too late to be afraid of anything. I’m just done with it. I’ll sit on deathrow forgiven by God after I give street justice to everyone that has screwed me over and taken my kindness for weakness. I’m not afriad to die and I’m certainly not afraid to dish out final destinations to those who have murdered my dreams, hope and aspirations. The damn is bursting and unless I can take control and switch this off, I’ll live less than one more year and others a lot less than that. I’m furious!!!!!!!! I’m trying to control these thoughts in my head Now I now how people are pushed to extremes where they so things they otherwise wouldn’t do. Kill is such a p a polite word when you consider other things Anyone, let me go battle the devil and these demons trying to torment my mind”

This shit has been entered into the record in the divorce proceedings … and turned over to local law enforcement. They don’t care … they’re going to do jack shit.

That’s not how I feel about it :: that’s not what I’m going to do about it … how about you?

Have you promoted or supported Stephen Pierce in the past … to your financial gain?

How about you motherfuckers? How you feel about it?