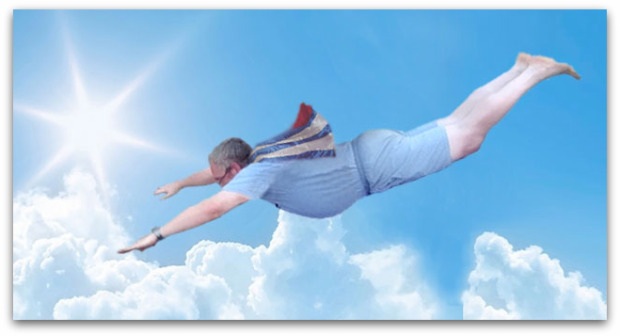 Thank the gods that someone has finally sacked-up and started taking a stand for the little guy on the Internet :: Sticking it to the heartless scammers who abuse the webz to part nice people from their money. Of course we all know the mighty warrior of which I speak ::

Recently Not-Doctor Kilstein has started protecting Gotham by publishing ‘anti-scam’ videos {please … hold your applause until I finish}. He’s been using them to try and drive traffic to his own $3k per head scam page :: and since it’s the Jedi Ninja King of Copywriting we are talking about here :: each video is supplemented by some powerful copy ::

“Could this be the most evil scam of all.” {link}

Questions :: even super-stupid questions :: should end with question marks. I guess that’s not one of the grammar rules that came with your oh so not impressive Ed.d. {aka PhD from Harvard :: depending on the credulity of the audience}.

Yeah he doesn’t believe it’s ‘never’ good business :: sometimes lying is good business {great even!} … especially if it’s Harlan D. Kilstein doing the lying … that’s when he’s most in favor of it.

From his emails promoting his humanitarianism ::

People are furious that I’m sharing these with you. The reason I’m doing it is about integrity.

I don’t believe you have to stoop so low and betray your morals to make a buck online.

He says :: as he wipes the blood from the corners of his mouth.

I’ve been getting hate mail, insults, and being called all sorts of names for exposing an online scam.

So many people have reacted with hostility to my exposing this con I’m shocked.

PS. Some of these people need their mother to wash their mouth out with soap.

And some other people {*cough* Harlan Kilstein *cough*} need to spend less time thinking about their Mothers. Maybe it’s time to move on to dolls.

Hating on other scammers has long been Not-Doctor Kilstein’s most {perhaps only} successful personal marketing technique. It’s easy to call something else a scam :: because there are a sick boat loads of scams out there. Pointing out that something else is a scam is a cheap {and massively hypocritical} way to build credibility for your own scam :: How could you be a scammer yourself if you have the ‘integrity’ to bitch about someone else’s scam?

But in a world where ‘cross-promotion’ is King and Queen :: Pissing where you eat in such a fashion is ill advised. Harlan has been more about ass kissing lately … trying to work his fat thighs into the inner circle of fake guru’s. In fact we met while he was ass kissing another dear friend of mine {memories}.

Times are tough :: Dumpstein’s not moving any product {an eventuality never accounted for in a short sighted plans}. He’s been marginalized :: No sane person will promote for him for fear of **The Beast **{that’s me!} :: And it’s just starting to dawn on him that he doesn’t have a single friend. Any relationships he’s been able to form these last six years have been destroyed by his selfishness and disgusting behavior patterns. No need to play it safe anymore :: Nothing left to lose :: Might as well fire off some hate marketing.

Well guess what bitch? It’s not gonna work this time. Now there is a real anti-scammer in town. One whose truth doesn’t come attached to overpriced lies. And YOU :: you pasty heap of gross :: are my poster child {man-child} of corruption. Now when you try to fake expose scams everyone is going to compare you to me {not a good scenario for you} :: They are going to say that you have penis envy {which is not to say that you have a penis} :: That you are a jealous :: wannabe :: hack who steals and NEVER actually creates.

… pretty much what they’ve always been saying.

Just admit it Harlan Kilstein :: You are totally gay for me.