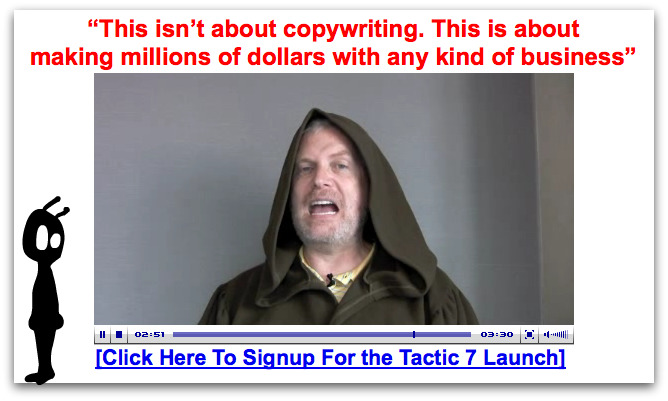 Not-Doctor Kilstein :: To know him … is to have a yucky feeling deep down inside :: in that spot you thought only God and Tolstoy knew about.

The disgusting wretch of a “man” is launching his new Frauduct today :: Maybe :: His “big day” has been postponed multiple times due to widespread fear and loathing. Many say he’s a witch :: But that’s probably just a rumor started by elves to make the witches look bad. It worked :: Polls show witches trending downward.

Fast forward. I have dozens of domain names and two dedicated servers. I also have a 7 figure Internet business.

And I learned my gift for teaching (my doctorate is in education) could be used online. And as I began to understand, I began to help others grow their businesses at a very rapid rate. I’ve also worked in the offline world as well. Getting my start with newspaper, radio, magazines, and television and seeing the effect on a growing business.

I’d like to be your river guide to the city of gold. Will you join me?

Go ahead and vomit :: I’ll wait for you to get back.

{nasal and mopey plus aggression :: pausing for chronic indigestion :: heavy undertones of freakish evil} “If you follow these seven steps, it’s inevitable, it’s impossible for you not to grow a seven figure business … here’s proof.”

Ladies :: hear my words … and brace yourself for a shock :: It is possible that you won’t build a seven figure business. I hope I don’t get sued for taking such a bold position :: But my dog told me to do it.

So what are the “seven steps to seven figures” that no one is talking about? Not a good question. It has something to do with Kilstein :: so it’s best to just look away.

Let us rely instead upon conjecture and extrapolation ::

I’d like to be your river guide to the city of gold.