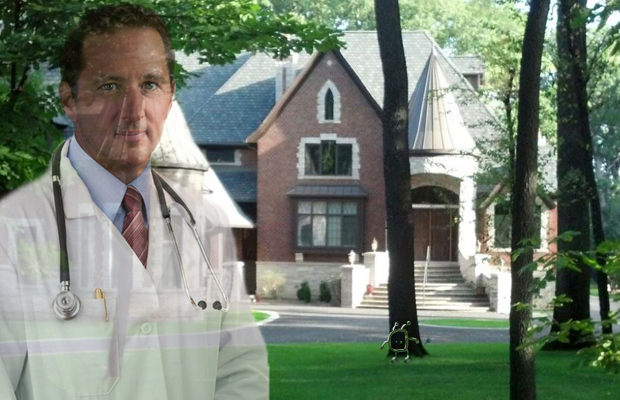 The FTC thinks Kevin Trudeau needs to go to jail :: which sounds pretty awesome … maybe they’re finally going to start doing something other than pretending like they’re doing something?

Kevin Trudeau :: like so many other scammers … signed a consent order with the FTC over some flagrantly stupid shit that he’d done. Right after signing that order in 2004 :: he started taking a piss on it … just like he’s been taking a piss on all sorts of rules and regulations for the last decades.

Consent orders are fucking pretend justice. Some d-bag agrees to give back money that never belonged to him in the first place :: and pretends to agree that he’ll do no similar harms in the future … while never admitting that he’s done any harms in the past. It’s a great system :: if what you’re looking for in a system is the ineffective illusion of action … exercised arbitrarily.

So … those problems solved.

The FTC wants Trudeau held in contempt of court and jailed :: not for scamming his evil little ass off … but for making a mockery of their consent order’s mockery of justice. KT tells them he can’t pay a single penny of the $37 million he’s judged to owe :: while living the fat life in the suburbs … whipping out his gold bars for Scamworld Judas Peter Wink to fondle.

Here’s a recent FTC brief in the case :: pulled from a HUGE stack of useless paperwork … where the government details some of Trudeau’s blatant money hiding bullshit shenanigans. It concludes like this …

“Notwithstanding the complexity of Trudeau’s web of offshore trusts, foreign entities, and other asset protection devices, this motion is extremely straightforward. Trudeau is in contempt of this Court’s Order to pay $37 million and has not produced any evidence demonstrating his alleged complete inability to pay. Therefore, incarceration is the only way to coerce his full compliance with this Court’s order.”

When the FTC wants to go all criminal law on your ass :: they have to call in another department … the inappropriately named Department of Justice. Here’s a motion in the KT case filed by the same lawyers that brought you Rod Blagojevich goes to jail. It starts like this …

“The UNITED STATES OF AMERICA respectfully requests that the Court dismiss the original order to show cause in this case and enter an amended order to show cause against Kevin Trudeau that removes the six-month cap on the potential term of imprisonment.”

There will likely never be an actual criminal trial calling on Trudeau to account for the moral and legal violations that spawned this pile of civil paperwork and attorney’s fees. Our government has decided to treat financial crimes :: from the bottom to the top … like victimless hiccups in the velocity of money. I guess we’re saving our bullets and prison cells for black boys on mopeds.

It’s voting day in The UNITED STATES OF AMERICA :: where even fake robots have full suffrage … so I’ll put on a fucking hoodie and go vote. But I won’t do so conned into believing that it matters … or that it’s enough.

We need to get better :: because things that don’t get better … get worse.