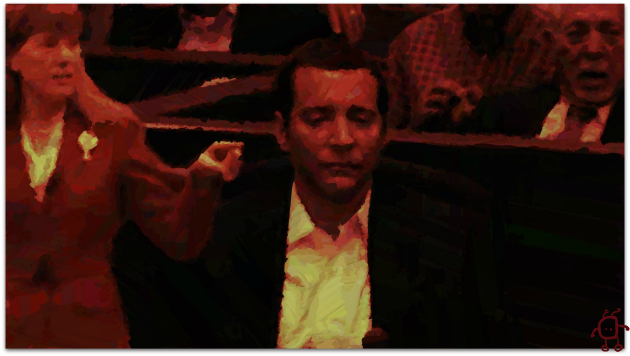 After many months of testimony :: many days of arguments :: and literally millions of Luis Li literallys :: Yavapai County Attorney Sheila Polk began closing arguments in the faux sweat lodge case. She started like this …

“Three people are dead who should not be dead …”

“Three families have lost loved ones who should not be gone,” Polk said, raising her voice in the crowded courtroom. “Three people are dead because of the conduct and the actions of this man, James Ray. They are dead because he intentionally used heat to create an altered state and he was criminally reckless about the consequences.”

This is the game … this game is for keeps.

“Besides,” as defense attorney Tom Kelly indicated, “this is James Ray’s business, why, logically, would he want to kill his clients?”

Yes :: good question … one of TK’s few. And it’s a question we should be asking ourselves as a whole :: as a culture.

Even as we stand over these dead bodies … we’re not.

Oprah can keep her head buried in sand made of money :: but there is a plague of organized destruction creating people who should not be dead.

Bob Ortega in The Arizona Republic …

“It’s all baloney,” Yavapai County prosecutor Sheila Polk told jurors Wednesday as she began her final argument in the case. “The defendant wants you to ignore what is right in front of your eyes.”

Correction :: the defense wants you to ignore what’s right in front of your eyes :: the defendant wants to eat your eyes with some fava beans and a nice chianti {allegedly}.

Mark Duncan in The Daily Courier …

Polk labeled as “ridiculous” the defense notion that something other than heat caused the deaths, and further ridiculed the testimony of defense expert witness Dr. Ian Paul, a medical examiner from New Mexico, noting that Paul was in conflict with the tenets of his own profession when he insisted that the lack of severe dehydration in the victims indicated they had not died from heatstroke.

“I suggest to you that the medical testimony by Dr. Paul has no credibility whatsoever,” she said.

She also noted that the prosecution had not been aware of the defense’s intention to employ the organophosphate theory until 14 months after the event, long after any reliable tests could be made for the presence of the toxins.

But even as she gained momentum in her impassioned plea to the jury, Polk was providing ammunition to Ray’s defense team, whose objections led them during a break to move once again for a mistrial.

Video highlights of Ms. Polk’s awesomeness will be available here tomorrow after she finishes up finishing off James Arthur Ray.

When is NOW the right time to stay calm and consume these vegetarian tweets?

– I think the jury should be instructed about the defense’s negligence in not pleading out. #JamesRay #

– Defense asks Judge to instruct jury that :: “It was Ted.” #JamesRay #

– Omission cases are unusual because almost no one does nothing when people are obviously dying. #JamesRay is a special kind of freak. #

– Mr. Kelly should be disbarred for implying that #JamesRay has “ideas”. #

– Would now be a good time to tweet my weiner to the friggin bruenett asian? #JamesRay #

– Ms. Polk walks over to #JamesRay and points. #

– Ms. Polk emphasizes how crowded the lodge was :: uses an audio of #JamesRay explaining how packed it will be. #

– Mr. Ray’s conduct all week was intended to wear people down so he could produce an “altered state” #JamesRay #

– Clip of #JamesRay saying he wants them off balance :: so “thresholds”could be pushed. #

– Quotes Laurie G. saying the participants “were well trained” by the end of the week. #JamesRay #

– Participants were taught to ignore others in distress for the sake of “their own experiences” :: worried about defying #JamesRay #

– Ms. Polk mentions Dennis M. saying he’d let Mr. Li die in the context of the lodge because #JamesRay was in charge. #

– S. Ray was phobic about the lodge :: the only reason he went in was his trust of #JamesRay #

– Linda A. was thinking “this is an honorable way to die” :: but later she saw how crazy that was. #JamesRay #

– The Kirby audio is played to frame Kirby’s state of mind. Was hoping to not hear that again. #JamesRay #

– Ms. Polk :: “So determined was Kirby that she laid there for 5 hours without moving … and Mr. Ray knew that.” #JamesRay #

– It’s not just some corporate event where Ray shows up and delivers a couple of truth nuggets :: #JamesRay is all there is to JRI. # 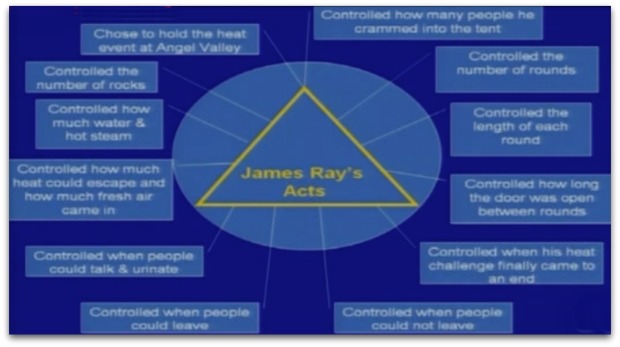 – Mr. Polk has a digital chart of all the things under #JamesRay’s control. There’s lots of bullet points. #

– Mr. Li interrupts … he can’t help himself {because he’s an asshole}. #JamesRay #

– Ms. Polk :: you don’t have to decide that it was heat stroke to find #JamesRay guilty … but it was … and all the docs thought so. #

– Ms. Polk :: the defense wants to freeze the evidence with the first responders :: but no one could imagine #JamesRay being so massively evil #

– Ms. Polk :: If a boulder dropped on the sweat lodge :: then #JamesRay wouldn’t have been guilty. #

– Ms. Polk asks the jurors to use common sense. #JamesRay #

– “If we had tested for organophosphates … the defense would have come up with something else … maybe plutonium.” #JamesRay #

– Dr. Paul didn’t know the lethal dose of OP’s :: but that’s what killed the nice peoples. #

– Ms. Polk shows how many people sitting on the poison dirt at the back didn’t get sick. #JamesRay Explains that jury free to ignore Dr. Paul. #

– Ms. Polk spends a long time on Dr. Paul’s shenanigans since only one paid douche was willing to testify for #JamesRay #

– The defense wants you to ignore what’s right in front of your face. #JamesRay #

– Dr. Paul’s paid opinions are in defiance of his own profession’s national standards. #JamesRay #

– OP’s are about “fluids pouring from your body” :: not what happened … not even close … can’t be confused with heat stroke. #JamesRay #

– Not a single patient was diagnosed with organo phosphate poisoning. #JamesRay #

– None of doctors have ever seen a single patient die from organo phosphates. #JamesRay #

– Ms. Polk can smell pesticides :: and when she does :: she doesn’t rub her face all over them. Nobody smelled anything. #JamesRay #

– Dr. Paul eliminated the possibility of airborne toxins :: but none of the samples contained toxins anyway. #JamesRay #

– Prior lodges show that #JamesRay is what’s causing the problems :: not the lodges or the dirts or the ants. 15 min recess. #

– Mr. Li objecting to stuffs :: objecting is what he does in lieu of putting on a defense. #JamesRay #

– No audio :: but it looks like a limiting instruction about the Kirby audio and how to consider it. #JamesRay #

– Ms. Polk asking :: “what was the key info that the first responders didn’t have in those early days?” #JamesRay #

– So they were guessing :: not considering insane … evil. #JamesRay # 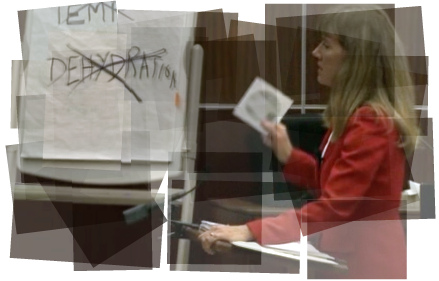 – Ms. Polk holding up a CD of briefing audio :: he KNOWS :: HE is the one who explains it to us. He’s doing it intentionally. #JamesRay #

– Pushing through pain and suffering is a good thing. #JamesRay #

– Audio clip :: “you don’t say anything unless you’re asked to say something … it’s like a temple … think of it like a temple.” #JamesRay #

– This is fucked. Thank god narcissists love to record themselves. #JamesRay #irony #

– Don’t forget to pee in the temple. #JamesRay #

– “The most profound altered states you’ve ever experienced … we’ve had people who don’t even know where they are anymore. #JamesRay #