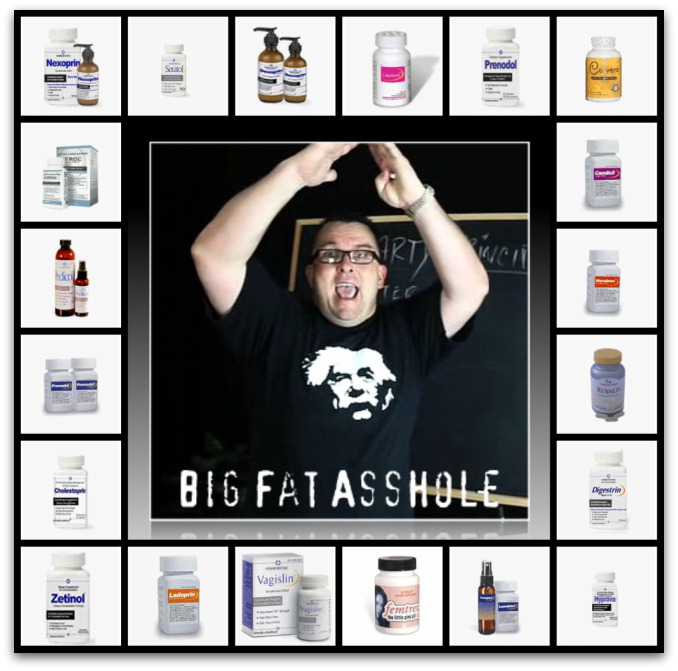 The legal paperwork pertaining to Perry Evil Jowls Belcher’s 2008 conviction for fraud and computer crimes has recently become available {link}. The Droid has swallowed these documents … and now regurgitates the details back into your puny little beaks in a pre-chewed form which even the stupidest baby birds should be able to digest.

Perry Belcher is not a “marketer” :: He is a fraud and a ConMan. His success on the Internet was** not** due his marketing prowess :: But stemmed rather from his heartless willingness to tell BOLD FACE lies to the sick, suffering, and poor.

On September 29, 2008 :: Less than one year ago :: Perry pleaded guilty :: Forfeited most of his assets :: And was given 10 years probation. Give the obviousness {and laziness} of his fraud, the protracted period over which it occurred, and the vulnerability of the population which he was exploiting … it must be said that this is a SENSATIONALLY good deal. If American law didn’t allow white collar criminals to use the spoils of their crimes to pay for legal representation :: Belcher would be tweeting tonight from prison. But that isn’t how our system works.

The statement of guilt ::

“Perry Belcher, pursuant to a continuous scheme, knowingly created web sites and published purported research by health care professionals, alleging to treat symptoms of disease or provide relief from medical conditions, when, in fact, the research and health care professionals were works of fiction, created by himself or others in his employ, to solicit orders from consumers for homeopathic remedies and electronic books, in an amount more than sixty thousands dollars ($60,000), in violation of T.C.A. 39-14-602, against the peace and dignity of the State of Tennessee.”

Sounds like what I’ve been saying {and he’s been denying} for the last seven months.

Perry gives up all of his {stolen} assets {most of which are lame and will be mocked at a later time} and agrees to 10 years of probation. In addition to the standard probation terms :: Perry agrees to three pages of special terms. He doesn’t mind agreeing to the special terms :: Because he has no intention of following them.

Perry must report the following on a annual or quarterly basis ::

Internet Marketing is an affiliate based business. If you don’t get other people to help you sell your crap :: Then you aren’t going to sell any crap. If Perry is correctly reporting his associations :: Then every prominent member of the Internet Marketing world has been reported to law enforcement over the last year. Be sure to send Perry a thank you note.

And now to the good stuff –> The Terms and Prohibitions ::

“Agree to abstain from false or misleading marketing or sales tactics.”

Wow! That sentence really was in there. I’ve previously reported this tidbit :: but was somewhat skeptical of it’s actual existence considering the brazenness with which Perry seems to violate it. Notice that he’s not barred from “fraudulent” sales :: Or against making “misrepresentations” {like normal citizens are} :: Perry can be jailed just for “misleading tactics.” That is a very low bar indeed. ALL of Belcher’s current products rely primarily on false or misleading tactics. If you can be jailed just for being “misleading” :: A career in Internet Marketing is not possible.

Take Perry’s current $3,000 product as an example. The product has been marketed and sold based on Perry’s claim to be making $1 per Twitter follower per month. That’s $1.2 million per year just from Twitter. That is impossible. Not unlikely, or improbable … it’s impossible. Evil Jowls may make that much money this year {although I doubt it} :: but it won’t be because of Twitter :: and you won’t be able to replicate it by following the BullShit advice he sells you in that program.

“Agree to abstain from publishing articles, books, web logs (blogs) or web sites under any pen name or alias.”

Oops! Perry is already in violation of this condition as well :: http://www.icecreamsecrets.com/ :: On this scam site he never gives his actual name :: Instead calling himself Perry “The Ice Cream Guy” :: And here is the photo of the “book” this website purports to sell :: 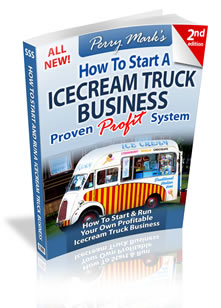 The author is listed as Perry Marks! Like I said … ooops.

“Agree to abstain from consulting with any company in the marketing or sale of any media, including electronic books, that promise to improve diet or health, alleviate symptoms of any illness or injury or treat any disease.”

Perry is completely barred by various provisions from having any contact whatsoever with the health business. Yet NONE of his info products contain a disclaimer about his inability to service this kind of business. If any purchasers of the Social Media Money System {or any other Belcher program which includes “coaching” services} are in the health business {probably at least 10% of them} :: Then Belcher is in violation.

“Agree to abstain from coaching training or providing educational programs to any person or entities that engage in false or misleading marketing or sales tactics.”

ALL of Belcher’s “speaking” engagements this year were in violation of this provision. Only entities that engage in false or misleading tactics would hire a freshly convicted computer fraudster to speak to audience of paying customers.

This is my fav! If you have purchased a product from Perry Belcher this year that contains a coaching element :: and you participate in “false or misleading activities” {which is most of you} :: then Perry is obligated by law to RAT YOU OUT!! Did he tell you that before you paid $3,000 dollars to get into his “Mastermind” coaching program?

The question on the minds of Internet Marketers today should not be :: “Is Perry Belcher going to go down for violating the terms of his parole?” He is :: MOST CERTAINLY.

The big question is this :: Is he going to take you down with him?

Maybe you should start thinking about asking for a refund :: Not for the money :: But for the sake of your freedom.