The Division of Labor 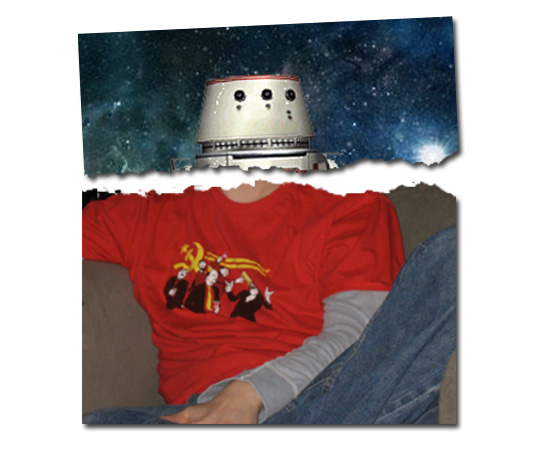 Jason: Hi, I’m Jason and I write this blog.

SaltyDroid: Err what?!? That’s the second time you’ve said that crap in my presence. You don’t do shit :: I write this fucking blog :: You just sit on your fancy ass and watch!

Jason: It’s true, you have done the vast majority of the work to date. I really appreciate it, and I think others do as well, your antics are quite humorous.

SD: Thanks for the vote of confidence cheese dick :: If I gave a rats gooey turd about what you thought it would really mean a lot.

Jason: Anyway, my point is from now on we will both write this blog. The majority of the posts will still be by you Droid, but sometimes I may need to interject, so now I’m officially listed as an author as well.

SD: What the fuck do I need your help for? And why do you always have to say stupid shit like “interject?”

Jason: You need my help because sometimes you are too crazy, and it hurts our cause. Complex discussions about the vagaries of DMCA abuse, or about the specifics of Perry Belcher’s parole violations, should probably not contain an abundance of references to –

Jason: Exactly! “Eye raping” references aren’t going to help us get EFF representation. And honestly, I’m not really sure that’s an appropriate reference to make on any occasion.

SD: That’s because you are a conformist pussy!

SD: Is “perhaps” one of your oh-so-fucking essential interjections? :: Because I could have done without it.

Jason: Now when an important issue comes up which requires a more rigorous analysis, I’ll handle it. Once the facts have been laid out succinctly, then you can be full up on crazy. I think it will strike a nice balance.

Jason: That doesn’t even make sense.

Jason: Just relax. This new arrangement will actually be good for you. I know you hate when I’m forced to edit out some of your more insane statements.

SD: You don’t know shit :: And you’re Fuckin’ A right I hate it :: I need your pathetically vanilla rewrites like Perry Belcher needs a subscription to The Economist.

Jason: Well, now I won’t have to do that.

SD: So I can call Harlan Kilstein a ManBoy Homophobic Homo?

Jason: I suppose so … but “homo” is actually considered quite derogatory. I know you are just joking around, but I think I’d prefer if you went with something less offensive that didn’t make reference to any groups who have suffered harsh and painful discrimination.