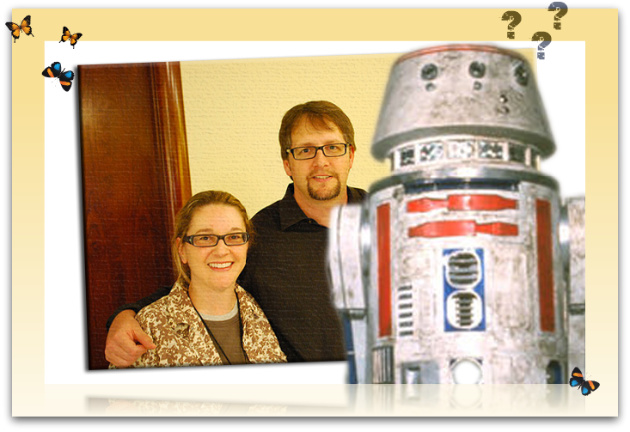 Can you make six figures blogging? Let’s examine that issue together …

Examination over … c u l8r!

Blogging means writing … right? It doesn’t mean selling some cheese dick frauduct. That’s something else entirely. Can you make six figures selling products? Duh! But if your “blog” is all about selling said cheese dickery {or something totally awesomer} … then you AREN’T really a blogger … your a pdf salesman {or whatever}. An ethical pdf salesman puts most of his energies into creating good pdf’s … cause he’s charging people for them. Maybe there is a lame blog involved to help move product … but it is mostly a pain in the ass afterthought.

“Make money blogging” means that you write stuff … and people come read your stuff. You get paid for doing something passive … like adverts or affiliate sales … but you’re the creative writer type not the slave to the wheel product producer. At least … dat be da dream.

“Who actually makes big money blogging?” :: says me to you over this past year. Brian Clark … says you. I know I’ve said this before … but goddamn you’re stupid. Brian Clark is a salesman not a blogger. Maybe he’s your favorite salesman {fuck knows why!} … but he’s still a salesman. And he’s not just selling you his own cheese dicks :: Brian Clark and Sonia Simone have been regularly capitalizing on the moral horror that is The Syndicate. Quality content :: aka writing :: isn’t what pays the bills at Brian Clark and Sonia Simone’s Copyblogger.

People who have actually made some decent money with blogging …

Is your blog about “leveraging twitter” gonna be next on that list? Notice there is a common theme … all of those bastards are totally fucking huge! That’s because blogger popularity is distributed over a power law. Power laws are a dominate expression in complex social systems. 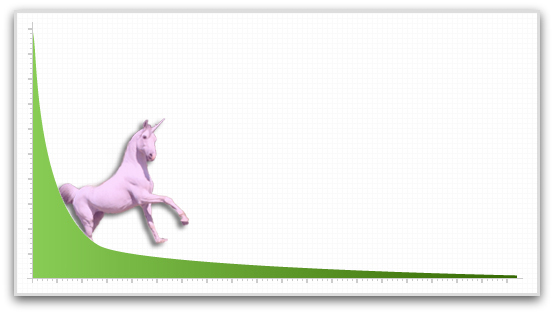 In a power law distribution :: most bloggers are going to have very little traffic … and a select few are going to become huge stars who hog all the attention. It’s totally unfair … and it’s built right into the system. From a classic 2003 Clay Shirky article about power laws and weblogs …

Given the ubiquity of power law distributions, asking whether there is inequality in the weblog world (or indeed almost any social system) is the wrong question, since the answer will always be yes. The question to ask is “Is the inequality fair?”

It does tend to be fair{ish}. People at the star end of the graph have generally worked hard on something that :: even if it’s not your cup/bag of tea :: is in some way interesting or remarkable. And they must continue to work hard to maintain their position. No free rides fuckers!

But the fair{ish}ness doesn’t change the fact that …

“Though there are more new bloggers and more new readers every day, most of the new readers are adding to the traffic of the top few blogs, while most new blogs are getting below average traffic, a gap that will grow as the weblog world does. It’s not impossible to launch a good new blog and become widely read, but it’s harder than it was last year, and it will be harder still next year.”

Throw some “and you can too” bullshit frauducts into the mix with a power law distribution … and now you’ve got a seriously fucked up situation. Copyblogger sells you on the idea that you can become what Brian has become by buying his crap … and the crap that he recommends. But the only way to become Brian is to replace him at the top. He doesn’t actually want that because he’s in love with himself … so you fail. You keep buying products :: and kissing ass :: and giving backlinks :: and retweeting :: and writing articles for them. This helps solidify their position at the top while it brings you nothing but fail. Epic :: epic :: fail.

You can’t succeed like this … it’s right there in the fucking physics. 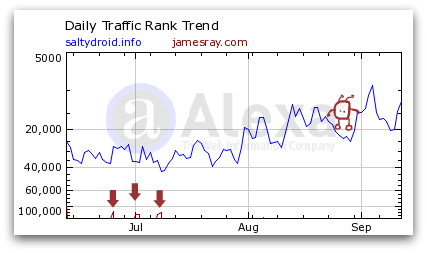 … you can tell which line is mine … because it’s the one that still exists.