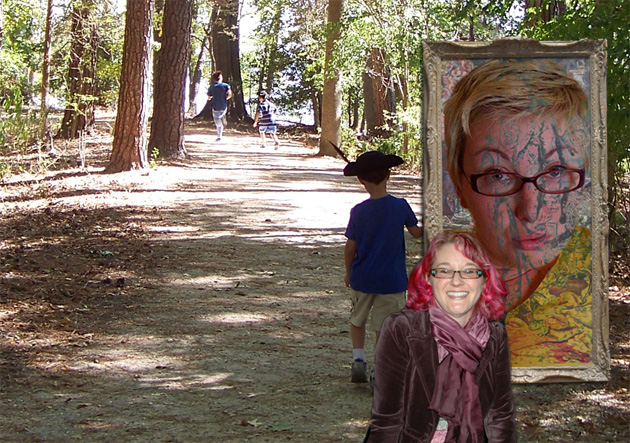 Sonia Simone and Naomi Dunford are BFFs :: they bonded early {and often} over their mutual love of other people’s money. In a 2008 post on Sonia’s typepad blog :: celebrating her one whole year anniversary in blogging … she gave a shout out to the unlovely Ms. Spider Dunford …

The now-infamous Naomi Dunford found Remarkable Communication right around the middle of September and showed up for the first time in my comments. She proceeded to start a little blog on home business marketing that instantly trounced mine for traffic and subscribers, but I love her anyway.

She “loves” her :: in the real way … not in the fake {I’ll leave you whenever it’s fucking convenient for me} way that Naomi “loves” her own children.

Brian Clark showed up in the comments on a post called Make Something for Its Own Sake, getting me all flustered and pleased. Copyblogger linked to that post, which was even nicer.

Oh aren’t we all just an adorable french for trade union family? What blight futures we’ll all have together :: lying to other people about the impossible … and stuff.

I screwed up my courage and sent Brian Clark a tweet to ask if he might maybe some day, if he got sick or broke his fingers or something, maybe want a guest post? To my happy shock, he asked me if I’d be willing to write for Copyblogger regularly. More cheer.

Yeah :: nothing says “cheer” like free labor … for a lady bully … a Sonia bully … good times.

Welcoming Seth Godin :: who is as sloppy as he is bald …

Seth Godin was my first commenter, on a post called The Joys of Eclectic Blogging. I will confess that this cheered me up quite a bit.

Bit by bit, drip by drip.

Good to have you here. Makes it better for the rest of us.

Something’s dripping alright {I have no idea what that’s supposed to mean … but please assume that it’s terribly offensive}.

This is how 21st century business gets done I guess :: like 20th century Sicily or something … fucking barf … 2.0.

How’s that for a traditional sleazy/squeezy headline? But really, no kidding, this actually is the secret.

… said the first lines of the sales page.

How’s that for traditional sleazy? Pretty perfect :: especially the part where your main selling hook is … “we’re not like them.” How could a couple of gals who so readily admit to the general existence of sleaze :: be themselves … totally sleazy? Unfortunately for the masses of uninitiated :: the answer is … quite easily. I listened to some of Marketing for Nice People :: worse than the counterproductive and silly “business” content … was the horrid amateur hour audio quality.

That year {and in years following} :: Sonia was so pretend successful making money online … that she was keynoting BlogWorld events about making money online. Fake it until you {sort of} make it :: then still fake it … but less so. It’s a popular Copyblogger A-teamer axiom … or something. And Sonia never missed an opportunity to plug Naomi … referencing her fellow faker religiously.

Sonia knows that Naomi {like almost everyone else in the biz} is not successful :: she lives score to score … and she’s never taken so much as a fucking whiff of wealth or independence. Sonia and Naomi had to pool their resources in order to learn how to be proper assholes by buying Frank Kern’s Mass Control {speaking of somebody who only started making money by telling other people about all the monies he’d already made … the blind leading the blinder}. Sonia tells a story in Marketing for Nice People about how when they first met :: Naomi couldn’t afford to make a $50 donation to charity without maxing out her credit card … very little about that ever changed. Only the lies evolved and made progress.

This video starts at BlogWorld with Sonia :: sandwiched by Brian Clark and Darren Rowse :: lauding Naomi for being such a fine example of the “strategic fuck up” … quite asspirational. It ends {after a major malfunction of the fourth wall} like everything in Scamworld ends :: with horror and sadness and lives destroyed … in this case that of small adorable children.

But when a customer brought up the whole nasty situation on BrianSoniaDarrenChris’ paid Internet Marketing forum Third Tribe {where Naomi had also been heavily promoted} :: Sonia finally had to take a stand … against the fake robot.

I understand your feelings, but all I can tell you is that I have seen many lies and distortions of truth about many different people on the SD site. And when reasonable people try to make a comment to correct the facts, they are flamed and insulted until they go away.

I can’t give you more specifics, partly because I don’t read the site any more. It damages my productivity, it makes me second-guess myself, and it undermines the work I do to help people. It is entirely toxic to me, and it would be even if they didn’t insult me and people I respect.

As you say, trust is what it’s all about. The Jason Jones site is not trustworthy.

I don’t need anyone to love Dave or Naomi or what they do, but we also need to realize that there are people out there who will tell outright lies, and short of expensive, time-consuming lawsuits, it’s essentially impossible to make them stop.

The Third Tribe forums are a confidential spot where we can discuss business matters frankly. You may not post what anyone has posted in these forums outside the forums without that poster’s permission. 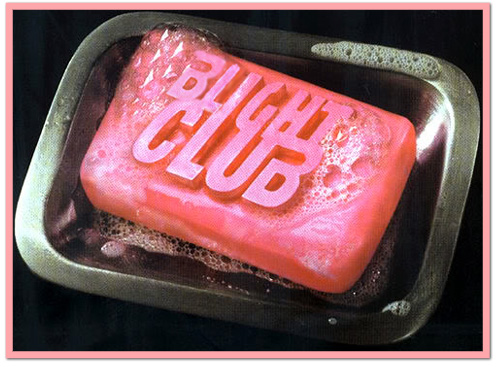 SickMachineSonia has got to get hers … fuck you and whatever children you might have if you get in her way. But here’s old school Sonia looking back at us from the past … 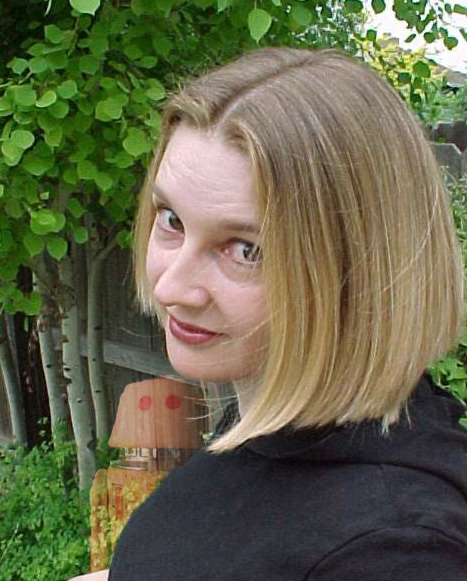 Is that really you Sonia? Holy shit … WTF?

I see something in your eyes just there Ms. Simone :: something not normal for Scamworld eyes … something like humanity almost. Maybe it’s something from before they chewed you up :: and crushed you :: and ruined you … something not hateful. Which is why I’ve decided not to call you petty names :: or say that you’re fat {you’re not} :: or do any of the other stupid shit I normally do to get the attention of the sociopaths next door. Cause I think you’re different Sonia Simone :: I think you already know how much reason you have to hang your head … so low … in shame.