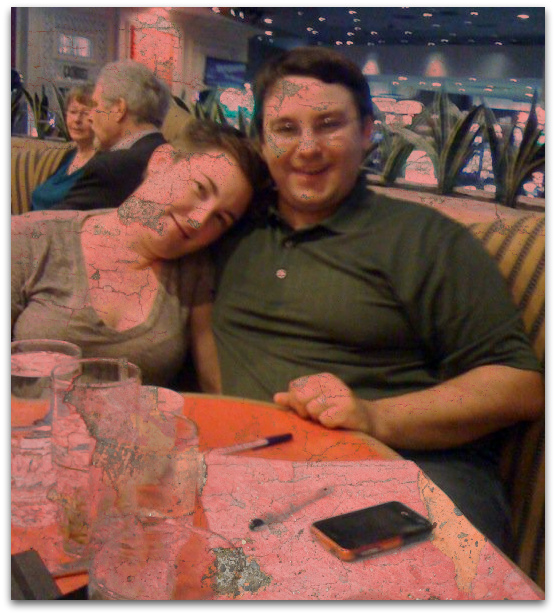 “I’m going to tell you a story and it’s very, very important. Please read it, all the way through. Women’s lives are at stake.”

One of my posts could start like that :: if I were a shit-trite writer … cause women’s lives are at stake. The after effects of protracted manipulation are regularly deadly … as Kirby :: Liz :: and Colleen might tell you if they weren’t already dead. And it’s not hard to imagine how often something like this … leads to a nice old{ish} lady deciding to drive her car into the river … ashamed of making her biggest big mistake.

But instead that’s the insane beginning of an insane post by chubby-spider Naomi Dunford. It would have been much more accurate for her to say :: “A woman’s lies are at stake” :: but she’s not so much about the accuracy.

MeanSite1 doesn’t like Naomi Dunford because she’s a successful women … which is “hardly surprising” … and the mean people of MeanSite1 start right in on successful Naomi’s “suitability for sexual intercourse.” It’s quite rude.

Then someone at MeanSite1 says they should get a hold of MeanSite2 cause the MeanSite2 guy really loves to talk about “the suitability for sexual intercourse” of successful women … it’s like one of his main things and stuff.

MeanSite1 thought MeanSite2 was “the best thing since toast” … and the “hate blogger” at MeanSite2 did a guest post on MeanSite1. That was so much fun that MeanSite2 decided to start his own hate campaign.

Are you with me so far? Or let me put it in a slightly less confusing way …

Dave Navarro walked out on his wife and three kids to go live the Internet lifestyle with fat turd Naomi Dunford. For MONTHS his family had no idea where he was. In desperation :: Dave’s older brother Anthony put up a plea for some communication … and MeanSite1 aka Letters to Dave Navarro was born. Some balls on this Naomi Dunford to even mention that site … but to call it “mean site” … “mean site” … really?

WALKING AWAY FROM YOUR KIDS!!

So why don’t you shut your cow mouth?

Anywayz :: MeanSite2 is me {fair enough} … but all the stuff about Mean1 and Mean2 and toast is just confusing to me. I saw Letters to Dave Navarro on the Internet … it’s an “open letter” type site so I left a snarky letter that mentioned Brian Clark. A month later I linked to that letter in a post about Brian Clark being a bully to women.

An unusually high number of you people clicked through on Letters to Dave Navarro … and an equally unusual number of you expressed your distress about what was contained there. So I started snooping around :: and I found stuff … natch!

But Naomi Dunford doesn’t want me telling this story :: so she’s decided to try and hide behind some quite extraordinary lies. Here’s the first one …

“In an act of startling coincidence, my site got hacked. Google “ittybiz” around that time and you wouldn’t get me. You would, interestingly, get Mean Website 2. Funny how that works.”

Her site was hacked :: I noticed it weeks ago even though I’m not a web guru charging people big monies for my web expertise. She abandoned her Itty Biz site for around six months :: then popped up trying to sell some high priced e-crap … but all her Google traffic was getting redirected to this site …

… don’t click on that link unless you know what you’re doing {I couldn’t figure it out}. She could have called it MeanSite3 :: but instead she went with a blatant lie … funny how that works.

While this is a tragedy against womens’ rights, this is pretty normal stuff online. You should have seen what happened when I made the front page of Digg, back when people used Digg. Owwie.

They decided I had to die.

I got another death threat.

I then found out that the website owner had sent me a harassing email a few days earlier, ending it with “I guess I’ll see you around”.

It’s too bad that you get “WHOA” amounts of email and won’t be able to respond to me personally. It’s odd cause I’m orders of magnitude more popular than you … yet I have no problem keeping up on my email.

Anywayz :: I guess I’ll see you around the cyberspaces!

“As a reasonably prominent female face on the internet, I always knew the day would come when it would get very, very ugly.”

Your face has always been very ugly … personally I think it’s the soulless eyes.

As the comments started to escalate on Mean Website 2, one reader expressed pleasure that the website owner was attacking a woman, inferring he hoped there would be more. The owner’s response:

“Oh and also … some other “real women” should be thinking hard right now about their actions. Because I really like to give group discounts … because of how fond I am of people working in groups.”

So here’s that then …

@422 :: Finally you’ve desegregated this blog and have a real woman on here! Or was Sandy Jenkins already the pioneer? lol

Oh and also … some other “real women” should be thinking hard right now about their actions. Because I really like to give group discounts … because of how fond I am of people working in groups.

It’s kinda hard to find lady scammers at the top cause boy scammers are such sexist bastards … but the pro bloggers seem to be an exception. Other “real women” :: such as James Chartrand :: Laura Roeder :: and Sonia Simone were all just mentioned … and will be again. Equality is important.

A few days went by, and the death threats started coming. Working in groups, indeed. And in his next post, about professional bloggers in general, the owner wrote:

“Everyone hates you! They’re coming for you … and this time they’re serious.”

Step 9 in the 10 Easy Steps to Professional Blogging is Developing a Personality Disorder :: here’s my impression of a narcissist’s soliloquy to a hotel mirror …

Gosh … context is such a bitch.

Did Naomi Dunford really just reference a fictionalized reference to paranoia in her totally paranoid “Death Threats Against Women” diatribe?

Yes … yes she did! It’s almost too good to be true … but it totally just fucking happened.

This is being planned, and planned thoroughly.

These people are escalating, and they’re looking for a success. Hate bloggers claim innocence because they are acting within their First Amendment rights. But their mobs look up to them, and the mob mentality that they are stoking is escalating.

I am being stalked. People want to kill me. They want me to be afraid.

These people are planning a hate crime, and they are relying on me hiding in silence to succeed.

I have devoted my life to making sure you can bring your kids to Disney World and send them to college and pay for their overpriced weddings, and hell if I’m going to stop now.

She did it all for you … and now she’s being victimized by people with facts and opinions and such.

Because this isn’t about me. I have the resources to protect myself. I have the support of a strong community with loud voices and far reaches. I have a contact list full of experienced friends who can give me crash course media training at 11 o’clock on a Sunday night.

This is about innocent women bloggers getting attacked for trying to make a go of it online. This is about all the people who are petrified when they get hate mail and don’t know who to ask for help. This is about smaller bloggers, and newbies, and women just finding their voice.

This is about what your heroes are really about.