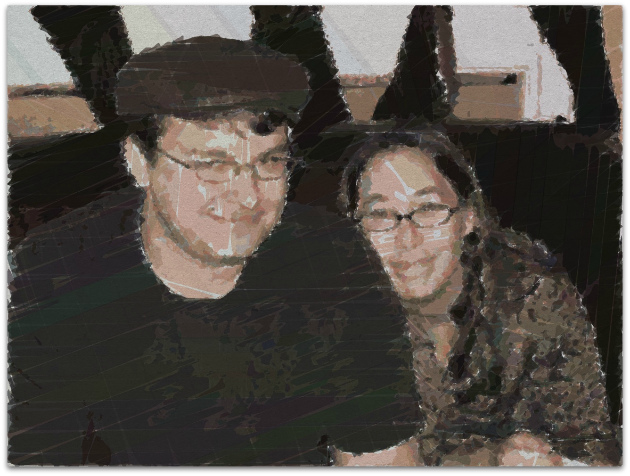 Five years ago it started becoming the real deal. Time :: money :: and belief … ever more to the unicorns.

But making money online is hard :: and Dave barely was. Then came Copyblogger :: because everybody needs a tribe … a place to fit in … a niche. And it’s easier to get ahead if you work together :: in fact :: as everyone eventually learns … it’s ALL about working together. You don’t need qualifications :: a product :: or something to say … you just need the right set of frenimies.

Dave thinks he’s building his ladder to the top :: but the rungs of B-team ladders are built to collapse so that the A-team’s dominance of the windfalls won’t be threatened.

Times are tough out there :: resources are scarce :: jobs are scarce :: confidence is scarce. But Dave Navarro puts all his faith in unicorns and quits his excellent mid-manager job at Lockheed Martin so he can team up with other “marketers” to sell people on the successfulness of the marketing that he’s never done. 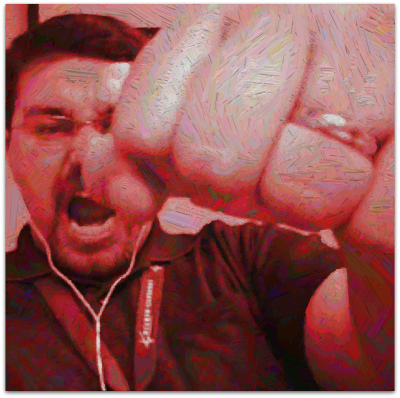 Dave Navarro starts drinking. It’s hard to justify lies when you still have a heart :: or a soul. It’s a lot like work. Dave starts picking up other bad habits … bad habits that :: in the ethos of the group :: are not bad habits.

Freedom from keeping selfishness in check = not freedom.

Six months after walking out of Lockheed Martin :: Dave Navarro walks out on his wife of ten years … and his three kids. He takes nothing but the clothes on his back … and one laptop. He’s not heard from for months at time :: his behaviors are increasingly bizarre and out of touch with the man that he’s always been.

Dave’s oldest son Jacob :: in defense of his Mom and his family and his home and all the fucking things he’s ever known :: comes to Twitter …

@RockYourDay What are you doing? How can you do this to us? You are wrong, and you know it. Stop this shit and come home.
— Jacob Navarro (@JacobN95) November 17, 2010

@RockYourDay What are you doing? How can you do this to us? You are wrong, and you know it. Stop this shit and come home.

Dave describes this brave act as “hostility” :: and reacts in kind. But instead its a reflection of a smart and brave kid raised by a different Dave.

Because as Jeff Walker :: hero to Brian Clark :: explained … you scrape off your family like poison if they won’t believe in your unicorn lies. And if you aren’t willing to scrape off your family … you deserve to lose. That is the message of this sick and twisted culture :: and it’s very real the way is soaks into people and eats away at their fundamental values.

Before Dave Navarro wanted to be an Internet Marketer :: he just wanted a place to belong. Cause like so many of the good people sucked into the dark vortex :: Dave Navarro came to scene of the manipulation game with pre-packaged vulnerabilities to manipulation.

You can read a story about Dave’s pre-unicorn life :: here :: in the archives of a Florida newspaper. Here’s the first sentence …

“When Anthony Navarro paid to have his wife killed, he hired an ex-Marine, a crack addict, a loose-lipped burglar and a New York honor student, among others.”

Roseanne Navarro was killed in front of her mother :: Anthony went on trial :: the siblings were split up … shit went from shitty to shittier.

Along with all the scars and insecurities :: Dave was left with one clear purposeful aim for his life … protect his own kids from the horror of a collapsing family. Give them the stable platform to stability that he didn’t get. And he was doing it goddammit :: he was totally doing it … defying the worst of odds … he was doing it.

But one lie is quickly one hundred :: and by the time you realize that’s it not just deception … but cult tactics … it’s too late and everything in your life is washed away. For NOTHING … for the ZERO percent chance that Dave Navarro had at making himself a success by swimming in the shark tank.

Come back tomorrow and I’ll show you some of the A-team in action :: then I’ll ask you again …